There is a new form of direct animal rights actions taking place across the world. It is in the form of a non violent protest that occupies places of violence and harm to animals known as farms. It is called ‘Meat The Victims’.

Started in April 2018 in Australia by a determined and courageous young woman known as Leah Doellinger (on Instagram). From Australia actions have been replicated in Barcelona, Texas, Canada, the UK and recently The Netherlands.

The activists wear biosecurity suits, foot dip or place on shoe covers and wear a specific Meat The Victims (MTV) slogan t-shirt with ‘One has a moral responsibility to disobey unjust laws’. They are armed with nothing but cameras and phones to gather and share the truth inside. The action has two main demands. Get the media inside and rescue animals, often the critical ones found in desperate need of vet care. Some animals are saved.

There are two teams, the inside and outside team. They have different roles, remain in constant contact and provide each other with the support and care needed for such actions. By law the inside team are committing trespass, this is dealt with differently across the world by authorities. However Police are always called and arrests can follow, often after many hours of negotiations from the teams to ensure demands are met.

The locations chosen are standard practice farms, this is to show the local people what is really going on inside facilities labelled as family, local, free range, high welfare and humane. As animal rights activists we hear a common response to footage such as “That doesn’t happen here” while they unknowingly contribute to it. The only purpose of these labels is to capitalise from peoples intrinsic love of animals, while protecting those who gain the profits and condemning those who expose it.

I have been on the inside team for two of these actions and I want to share with you my experiences and my thoughts.

Firstly I want to address that each and every single action of MTV has shown very stressed, diseased, suffering, dying and dead animals. What the actions reveal is that there is standard and guaranteed suffering. From layer hens, tiny dying chicks littering the shed floor, severely lame and injured goats, piglets who are severely underweight to cows left in a paddock shot in the head.

As a veterinary professional my job is to relieve the suffering of animals, take action and get the right vet care and nurse them back to health as individuals. My career development has taken the path of working on cruelty cases as this is something I am interested in and to contribute towards. When you see authorities and animal care teams walk in to places of abuse such as puppy farms, dog fighting rings and hoarding cases you see that evidence is gathered as a priority (photos, videos etc) and everything is documented. The critical animals are rushed to the vet clinic for urgent help and the animals often become property of the animal control centres (and sometimes the authority). The case is usually taken to court and a cruelty case is then formed, justice should then be served.

Well that depends on species….. on the pig farms I have been to there is no help, there is no justice, there is no cruelty case. But inside it is a medical emergency. The level of suffering I have witnessed has shocked me to the core. I witnessed countless piglets with muscle twitching and tremors, open bleeding sores, severe diarrhoea, very poor body conditions, collapsed animals, pain and lameness, pigs completely knuckled over, large swellings/tumours/abscesses, major tissue damage caused by siblings likely secondary to disease, collapse and utter boredom. I saw piglets with signs of blunt force trauma to the head laying dead in walk ways and piglets purposefully dumped in walk ways with obvious medical issues that had clearly not occurred over night. That is just the physical problems, this does not address the thousands I have seen with abnormal psychological behaviours and frustration. Their environments deny them of everything that pigs are designed to do all day every day.

We do not wish to have to witness such atrocities first hand, we do not wish to be arrested or break laws, but we are compelled for the animals trapped inside such cruel conditions. For them change is not happening quick enough, for them this is an emergency.

Please support organisations and individuals taking actions for animals, support sanctuaries who can provide life long individual care and keep animals safe. Use whatever unique and wonderful skills you have to take action for the animals. 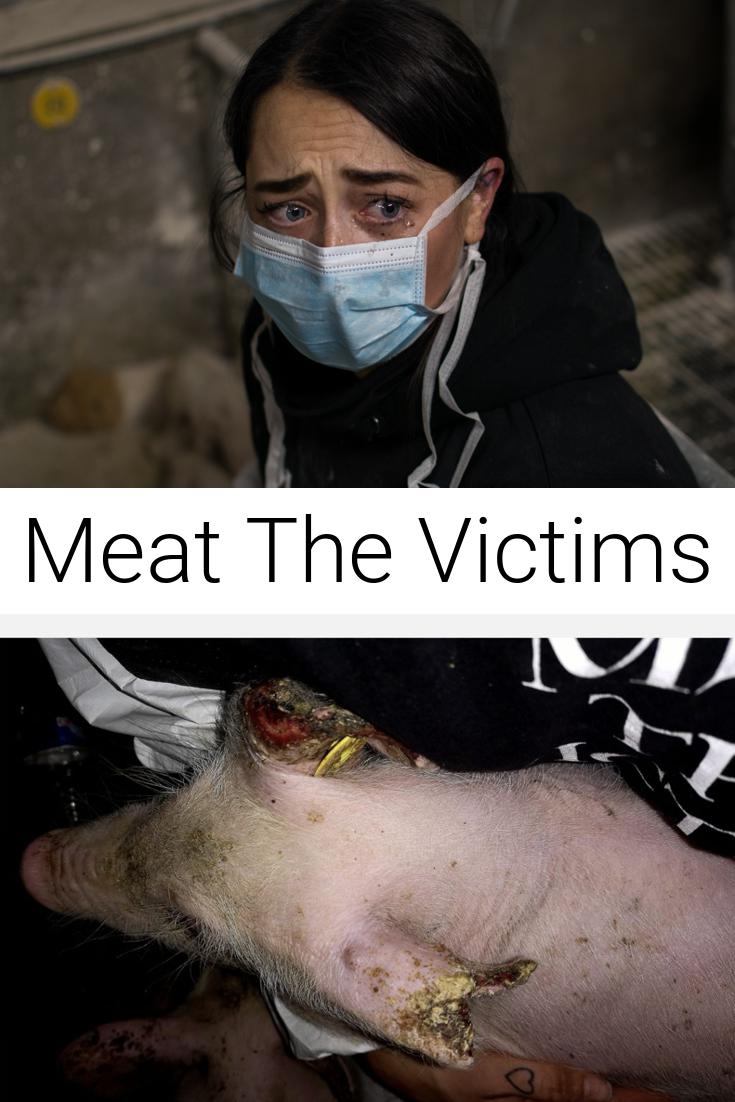