In a recent ruling by Justice Rajiv Sharma, the Punjab and Haryana High Court in India have just awarded “legal person or entity” status to all  animals in Haryana. The verdict aims to “protect and promote greater welfare of animals.”

This follows a similar ruling in 2018 by the Uttarakhand High Court, also from Justice Rajiv Sharma, which was created to promote animal welfare and combat animal abusers and poachers.

“The corporations, Hindu idols, holy scriptures, rivers have been declared legal entities and thus, in order to protect and promote greater welfare of animals including avian and aquatic, animals are required to be conferred with the status of legal entity/legal person,” said Justice Sharma.

“The animals should be healthy, comfortable, well nourished, safe, able to express innate behavior without pain, fear, and distress. They are entitled to justice. The animals cannot be treated as objects or property.”

What does this mean for animals?

The verdict specified in the court included a 104 page order, and 29 mandatory instructions to prevent cruel treatment towards animals.

Included in the documents are decrees against animals being used to push vehicles in extreme high or low temperatures, restrictions on the amount of weight an animal can pull, limits on the amount of time an animal can be forced to work, and the banning of cruel objects like spiked sticks and other sharp objects used to inflict pain.

Hopefully time will prove this a small step in ending the abuse humans have inflicted on animals for centuries, but in the meantime I hope we can all recognize the incredible victory for animals this is. 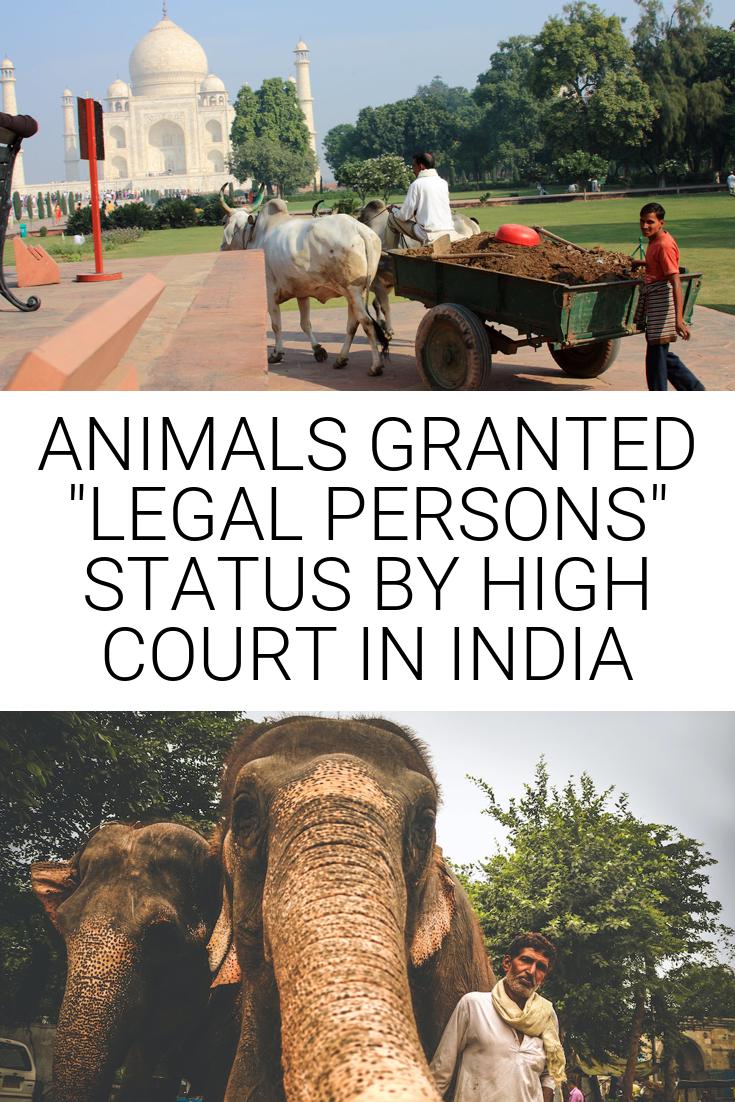