Vegan Cupcakes for the Win!

When you’re vegan, you get used to making your own food, especially when it comes to baked goods. And if you’re a parent with vegan kids – finding kid friendly vegan goodies can pose even more of a challenge. Luckily, there are people like Cynthia and Ian Narcisi, who want to make the world a sweeter, and kinder, place with their delicious and beautiful vegan cupcakes.

Following their passions and believing that they’ve made the right choices are how Cynthia and Ian Narcisi live their lives. The idea of opening a vegan bakery began in 2009 after they spent a month in India practicing yoga and following a vegan diet. Prior to their trip, the couple ate a typical American diet, including meat, eggs and dairy products.

However, the clarity that Cyn and Ian got through their yoga practice, along with the physical and mental benefits of eating vegan, inspired the couple to make a lasting change when they returned to the states. Though it was a slow transition, the couple eventually gave up all animal products, officially becoming vegan in 2012.

Namaste Sweets was born several years later, in 2019, when Cyn and Ian felt ready to leave their careers behind. They haven’t regretted a moment since!

When asked if they would ever change their decision to start a business together, Cynthia simply said, “Never. Being your own boss – no matter how seemingly daunting – is the best way to live, in our opinion.”

How It All Goes Down

While Ian is the mad scientist behind the recipes, and spends hours creating and testing in the kitchen, Cynthia is responsible for making it all beautiful. Her background in art and graphic design have given her the right tools for decorating, photographing and promoting their business online.

“The journey is what’s magical, and it just so happens that we’ve got cupcakes!” Cynthia says of their business.

For now, the couple takes local orders and attends a variety of events where they sell their products. They also spend every Wednesday at Kamin’s Farm Sanctuary in Grayslake, IL selling cupcakes from 3:30-7:00 pm, during Kamin’s Goat Cuddles and Goat Yoga sessions.

The Future of Namaste Sweets

Going forward, Cynthia and Ian hope to venture into the catering market, or even open a cafe. Cynthia says they plan to donate some of their profits to animal sanctuaries and would also like to find a way to support others with their dreams of becoming their own boss. And of course, they want to continue to bring delicious, vegan cupcakes into the world!

To learn more about Namaste Sweets and Cynthia and Ian, check out their Facebook and Instagram pages. If you’re going to be in the Chicagoland area, place an order and taste their signature Green Tea Bliss cupcake, or any one of their new creations. 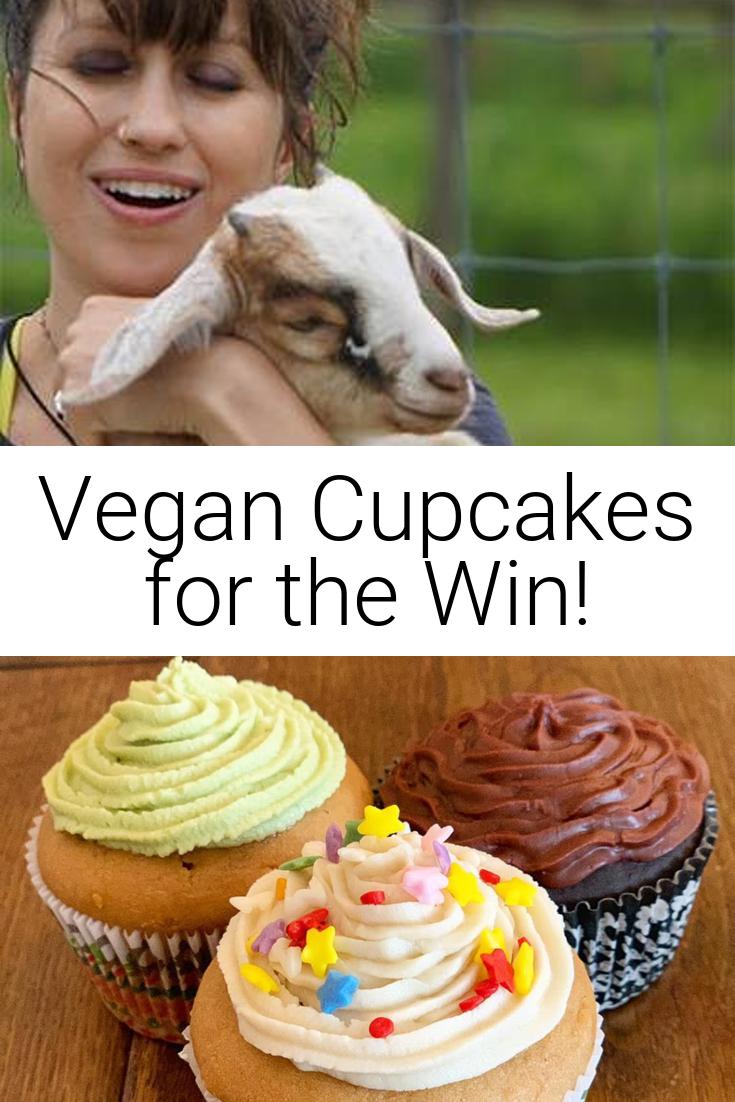