When Tracy Tignino, now a business owner and mother of three, was a teenager, she woke up in the middle of the night with swollen ears and lips, prompting her family to take her to the nearest emergency room, just a mile from home. By the time she arrived, she was in full anaphylactic shock and ended up seizing on the emergency room floor. With no history of allergies or epilepsy, Tracy began the long and frustrating process of trying to figure out what was wrong with her.

“I started getting sick in my late teens, early twenties, I began to notice some things that the doctors couldn’t find answers to. I would get these really bizarre headaches and would lose my speech and peripheral vision,“ Tracy said of her early symptoms.

An onslaught of medical testing began, which included testing for Multiple Sclerosis and various heart conditions, but doctors couldn’t find anything out of the ordinary. The strange symptoms continued, however, and Tracy and her family became more and more aggravated with the situation. Despite all the testing and various attempts at controlling Tracy’s headaches, burning skin pain and random allergic reactions, an answer was never found.

It wasn’t until Tracy had children, and they began to exhibit odd symptoms, that she entertained the possibility of Lyme disease.

“It started with our oldest, when he was in preschool, the teacher started to notice some ADHD kinds of things, he started acting out. We went through the whole process, looking at ADHD, anger issues, bi-polar disorder and other really insane psychiatric conditions,“ Tracy recalled.

When nothing seemed to work, Tracy confided her concerns to a friend, who urged her to consider her family’s diet, as well as visit a psychiatrist who specialized in all over well being and Lyme disease.

At this point, Tracy’s middle daughter was also exhibiting symptoms, though her daughter’s symptoms presented quite differently than her son’s. Her daughter began to suffer from joint pain to the point where she couldn’t walk, had to give up her sports and activities and often times had to be carried to bed. She also started exhibiting OCD (Obsessive Compulsive Disorder) behaviors and was suddenly allergic to all raw fruits and vegetables.

Determined to get a diagnosis, Tracy started to research. She found that many of the tests widely available are not considered effective.

“We used a test called Armin, it’s based out of a laboratory in Germany. It’s a $400 out of pocket cost, but it came back screaming with Lyme disease for my son, his numbers were super high. I thought this could be where all of our issues are coming from, [everyone except for their youngest child was tested because she was not exhibiting any symptoms] and we all came back positive,” Tracy said of testing four out of five family members for Lyme disease.

Having a diagnosis was a relief to some extent, but a major battle loomed. Not only did four out of five members of the family have Lyme disease, they all had co-infections to go along with it.
“The most common tick-borne diseases in the United States include Lyme disease, babesiosis, anaplasmosis, ehrlichiosis, relapsing fever, tularemia, and Rocky Mountain spotted fever. A person with a co-infection generally experiences more severe illness, more symptoms, and a longer recovery.” (www.lymedisease.org)

Approaching the Disease with Food Medicine

One of the first things the family did was to eliminate many of the foods that could potentially be a trigger for their symptoms. They started with food dyes, refined sugars, gluten, processed foods and dairy. The improvement was immediate, which prompted them to continue adjusting their food until they were essentially following a plant based diet.

“It made a world of difference! It took him [their son] off of all the psychiatric medicine that he was on. When we moved to more of a plant based diet, we noticed even more changes, the color of their skin improved and the circles under their eyes disappeared, all these things started healing internally on their own, it was a game changer, but also kind of mind blowing,” Tracy stated.

Not everyone agreed with Tracy’s choices to remove animal products from their diet, especially dairy products. In fact, when she told their pediatrician, he was concerned about where the kids would get their calcium and how they would grow. Tracy experienced lots of eye-rolling and push back in the beginning, despite the very clear difference removing dairy products was having on their health.

“Milk has done nothing but bad things for my kids, when my son has any sort of dairy product, it turns into a rage, he explains it like his head is fuzzy, he can’t think straight, it’s not him and he feels like he’s in a dream where he has no control. It usually takes about 72 hours to get out of his system, then it’s like night and day,” Tracy said.

Learning to avoid accidental dairy ingestions has been something that her kids have gotten used to, and learning to read labels is now a habit. Even checking labels on medicine has become necessary because quite often milk proteins are hiding in places that you wouldn’t expect.

As the joint pain, headaches and other issues subsided, they also began to notice a huge difference in their energy levels. But after years of following a standard American diet, it was clear they were deficient in many vital nutrients, and their immune systems were suffering.

Fighting their Lyme disease and co-infections, with clean, plant based foods has become a huge part of their lives. The family focuses on adding as many green vegetables as possible, as well as using supplements to ensure they’re getting the vitamins and nutrients they need.

“Greens are huge in our house, they love them, they eat them a lot and they feel good after they eat them,” Tracy says.

The family feasts on lots of broccoli, asparagus and brussel sprouts. They usually roast them with avocado or olive oil and salt and pepper. They also love Mediterraen seasoning, cilantro and parsley, which help with inflammation. They experiment often, and the kids have begun to help in the kitchen. Since they are a busy family of 5, they do need to have some quick, go-to items that everyone will love. Some of those meals include spiralled zucchini noodles, spiralled by the kids, vegan mac and cheese, steamed artichoke, pad thai with tofu and Daily Harvest smoothies for dessert.

Tracy believes in being informed, advocating for your family and using food to support and help heal your body. She also encourages others to learn about ticks and to check yourself, your children and your pets for them daily.

To see more about Tracy’s Lyme journey, or the fabulous plant based foods they’re eating, check out her Instagram at @mylymefamily or @gluten_free_mamas. 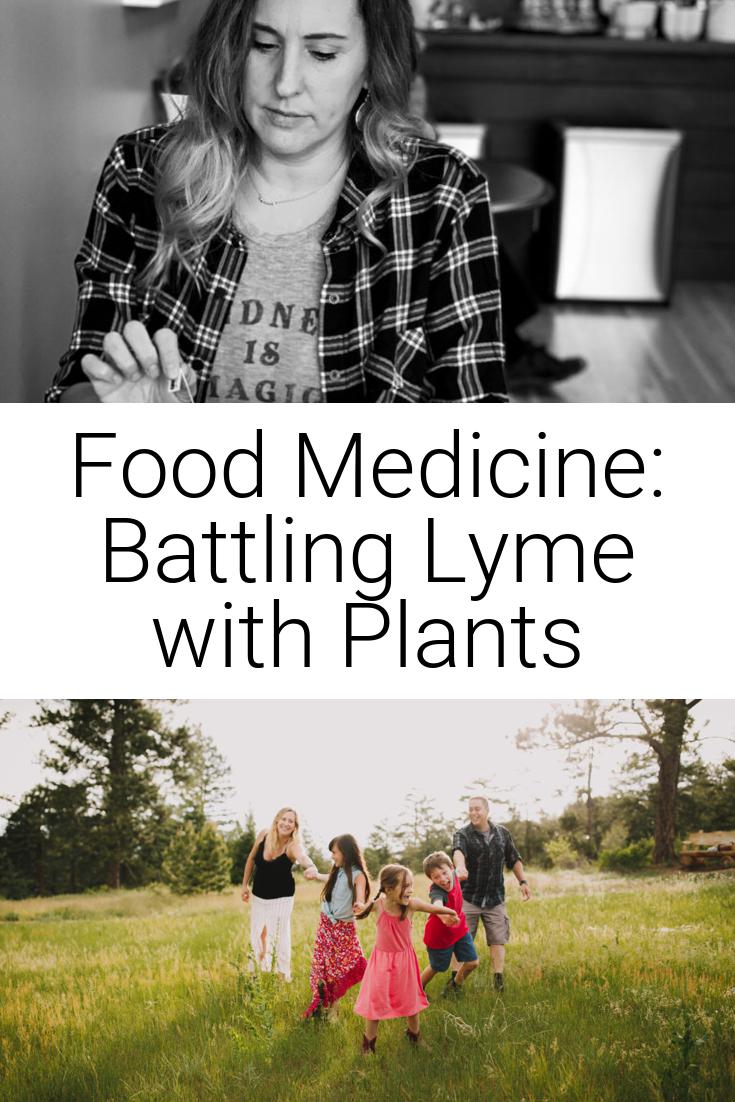