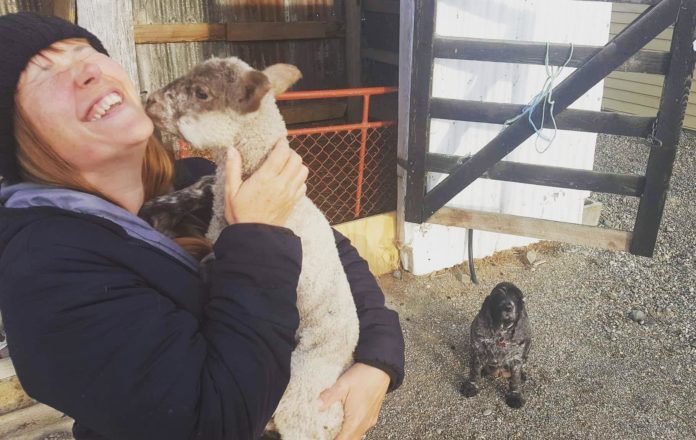 498 Shares
Share
Tweet
Pin
This is a guest post from Bethan Watson who is a second year English undergraduate at Exeter University with an interest in sustainability, diversity, inclusion and ethical business. Originally published on The National Student.
In modern society, we are constantly reminded of the milestones that define life: a house, a marriage, and a career. The consequences of such an individual focus have never been more apparent. People are plagued by pervasive mental health issues, unattainable mortgages, and a climate crisis, not to mention the feeling of “I’m not enough”.
We tell ourselves that an alternative lifestyle is not sustainable and find reassurance in consumption. But, what if working nine to five really isn’t the only way to make a living? British-born Jackie and Gareth Scurr have made this a reality.
A Bunnings love story
Gareth and Jackie met in Whangamata, New Zealand, nine years ago after Gareth moved from Wales to work in a timber yard in Bunnings. English-born Jackie emigrated in her teens and enjoyed a successful career as a writer. The couple met when Jackie visited Bunnings to buy some parsley, and there was an immediate spark.They lived together at Jackie’s property for 18 months before deciding to pack up and leave.“Something had to change. We were stuck in a rut – everyone seemed stuck in a rut, but no one did anything about it,” Jackie explains. 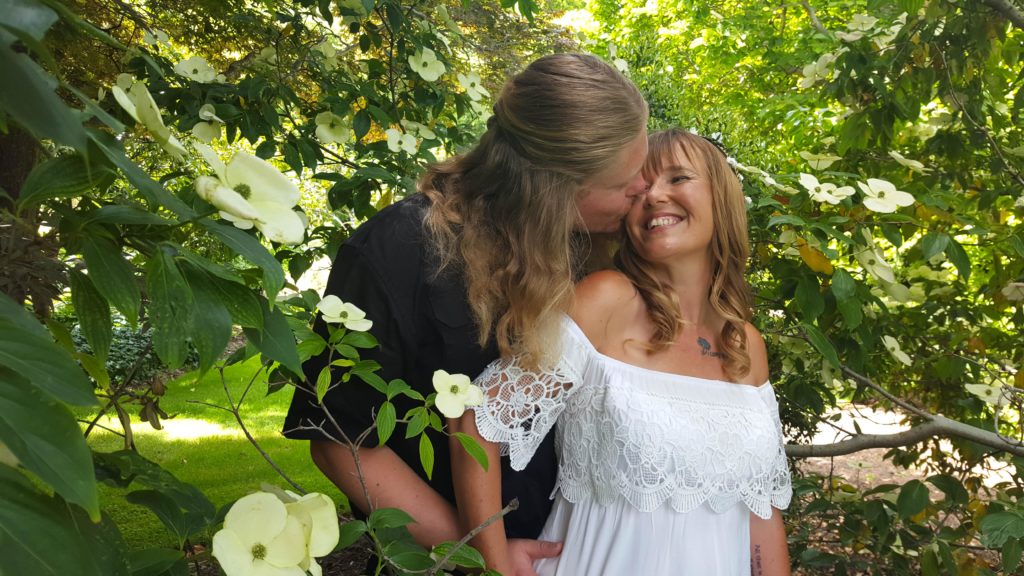 Gareth agrees, saying, “I was earning good money, but I wasn’t going anywhere. I realised that you’re only limited by yourself.”

Life in a campervan began in earnest in November 2016. Tired of a bricks and mortar life, the couple considered going overseas but, to give their elderly dog Minnie a happy retirement, they resolved to first explore their own country. 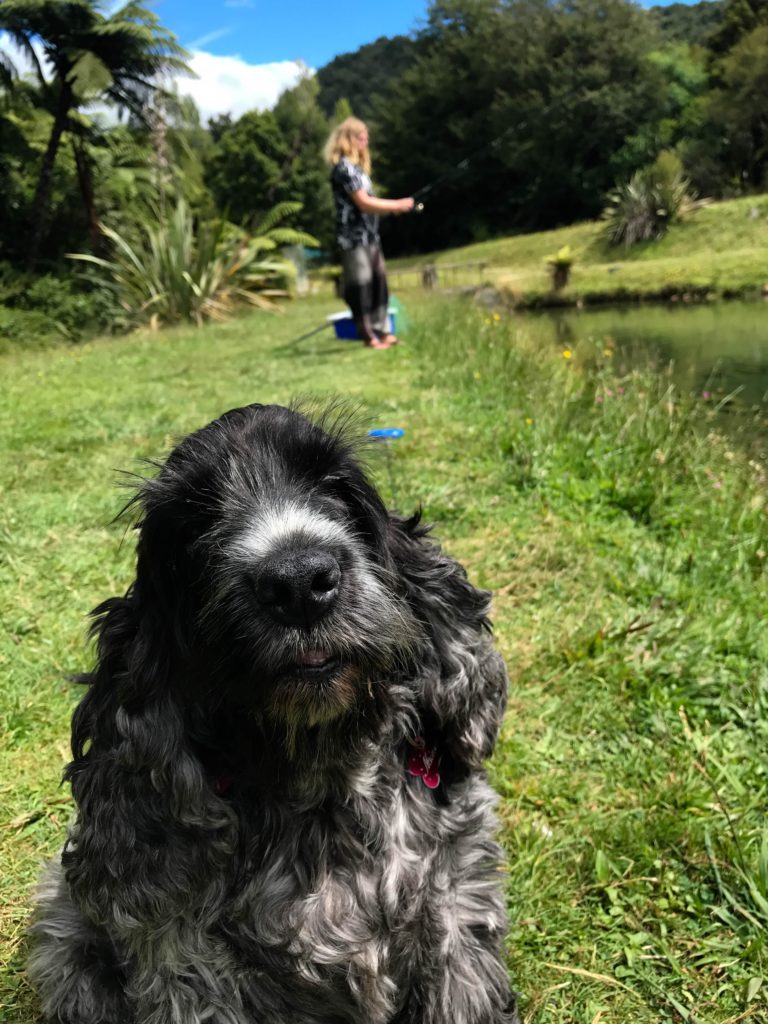 Jackie had developed an appreciation for simple living whilst working for a money-saving website and Gareth had enjoyed backpacking around Canada and the US, so they purchased a Nissan Elgrand (a small people-carrier/campervan), which they upgraded to a Mazda Bongo a few months later.

Jackie’s house was sold immediately and with only five weeks to prepare for their new life, there was little time. “We learned a lot about what not to do to begin with,” Jackie says. 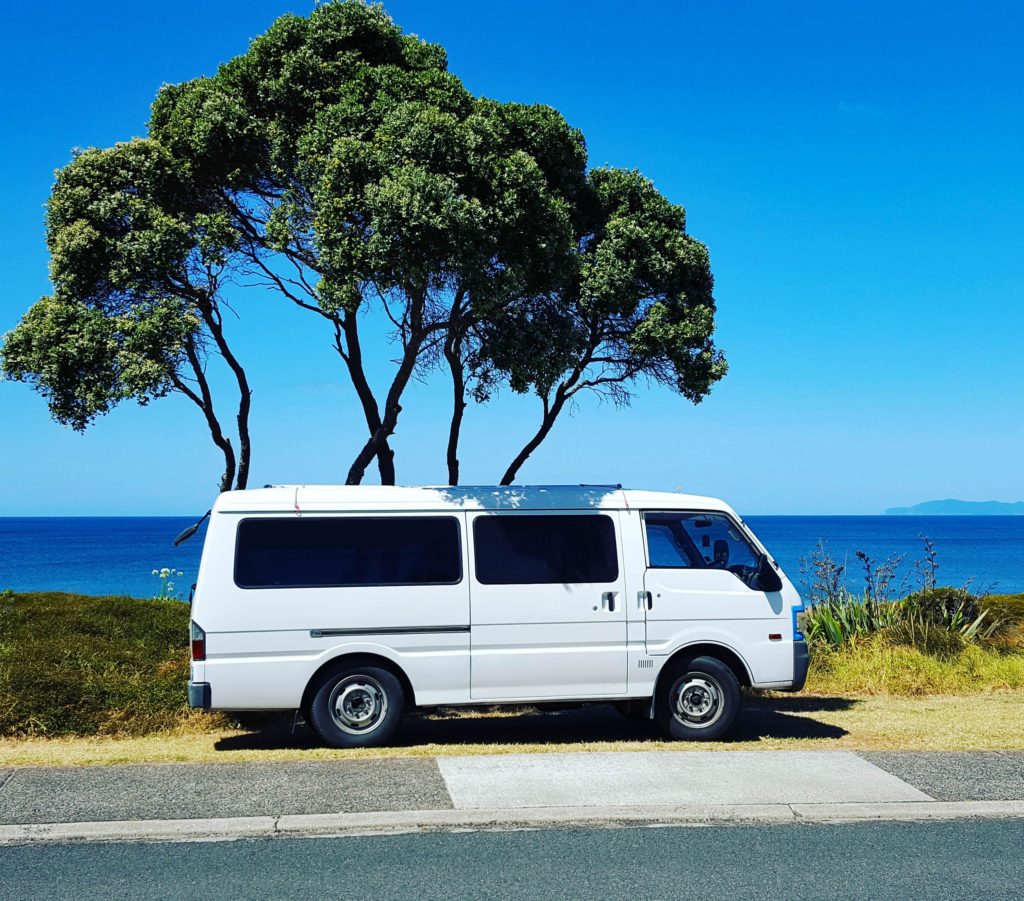 The couple became vegan in August 2017, lead by Jackie. With health as an initial motivator, compassion followed, helped by watching documentaries such as What the Health and Forks over Knives.

The couple respect that everyone is different, but they are interested in educating other people. Gareth calls this “guerrilla veganism”. 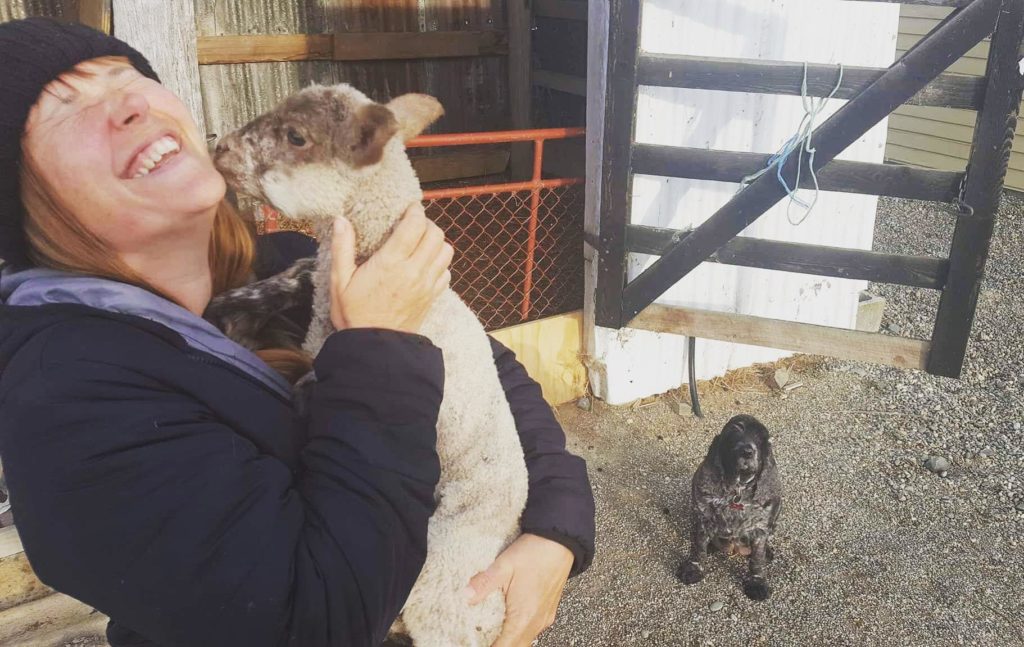 Jackie says, “People are more likely to listen if you are prepared to laugh at yourselves.”

The couple believes in a community-driven approach: “If we all work together, we will find more solutions,” says Gareth.

The couple’s vegan cooking started so that they could create healthy, tasty food for each other. Jackie says that it “opened up a real love of food.” The Camper Van Kitchen page was born, charting Jackie and Gareth’s adventures across New Zealand with food.

The flexibility of Jackie’s freelance writing enabled Gareth to develop filmmaking, editing and photography skills. He says, “I began by doing photography through Jackie for her work. All I had back then was a Samsung Galaxy S6. That’s how I started, with a phone camera!”

In late 2017, the pair created a free, downloadable PDF cookbook. “We wanted to do something nice for the New Year, to thank our followers,” says Gareth. The response was overwhelming. “I think people enjoyed it because it was just real food. We were literally cooking it in a metre-wide kitchen,” Gareth says. 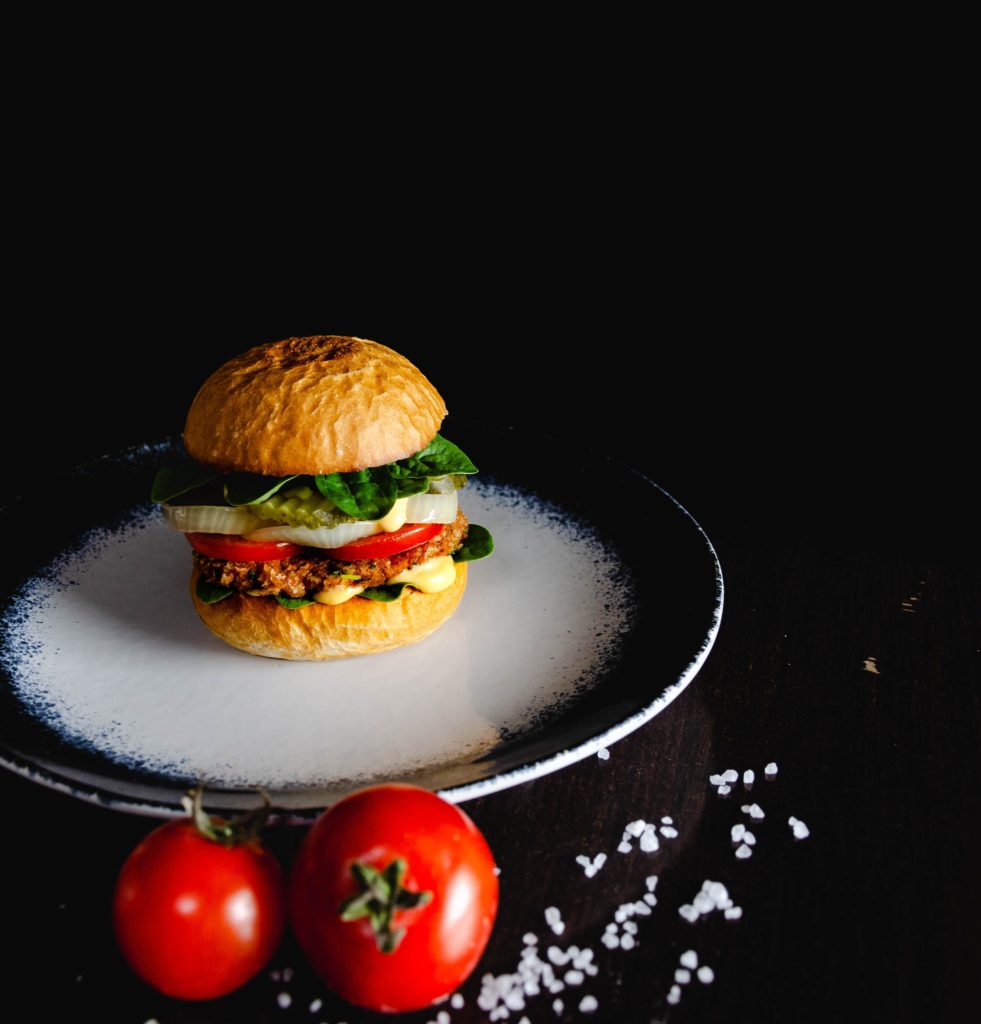 Their equipment came from charity shops, their material possessions were minimal, and they loved it.

Their relationship dynamic is reflected in their cooking. Jackie is methodical; Gareth is a self-confessed “bull in a china shop”. “I’m the mad one,” he says. “But our key focus is still accessibility and simplicity.”

Jackie approached several publishers at the end of 2018 and received a double book deal.

Jackie and Gareth’s success feels like a natural progression. The couple’s veganism was a natural result of practising what felt true to their nature and prioritising wellness, and their success followed.

The challenges of upping sticks

Travelling has granted Jackie and Gareth amazing opportunities, but life on the road requires boundaries. A “shared work/life environment” creates natural distance, which everyone needs. The couple also emphasises sustainable, planned finances. “If you’re bad with money in a house, it’ll be the same in a van,” Jackie says.

For Jackie, the challenges of stationary and nomadic life are similar. “We could earn more money, but we’re happy working and doing what we love and earning less. We’ve taken a real leap of faith with the cookbook. It’s something we won’t see money from for at least 12 months,” she says.

“For us, it’s about consuming less; wanting less,” she adds.

Jackie reflects on the most memorable moment of their new life, at Matauri Bay. “We went to this place called Matauri Bay. I was just so plain happy, so unburdened. It was massive, selling the house. The scariest thing that I’d ever done. There, all the doubt I had disappeared in an instant. It wasn’t a holiday. This was life,” she says.

Jackie and Gareth’s journey promotes a message of gratitude and of embracing curiosity. They pursue a life that, despite its challenges, fulfills them and allows them to pursue their passions. 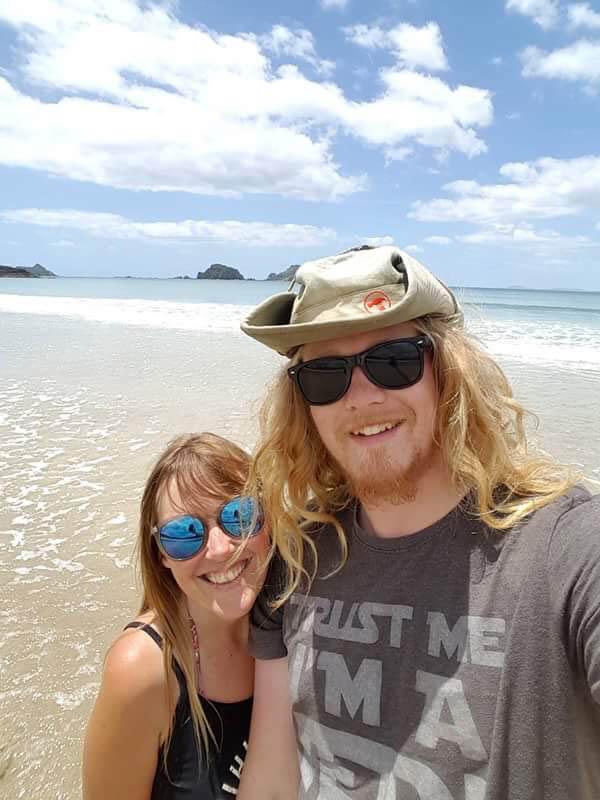 “We want to write a children’s book for vegan families, about a sheep we rescued from the farm near to a campground we were staying at”, says Jackie. “We raised him as an orphan and didn’t want him to end up as someone’s dinner, so transported him to an animal sanctuary in our camper van!” 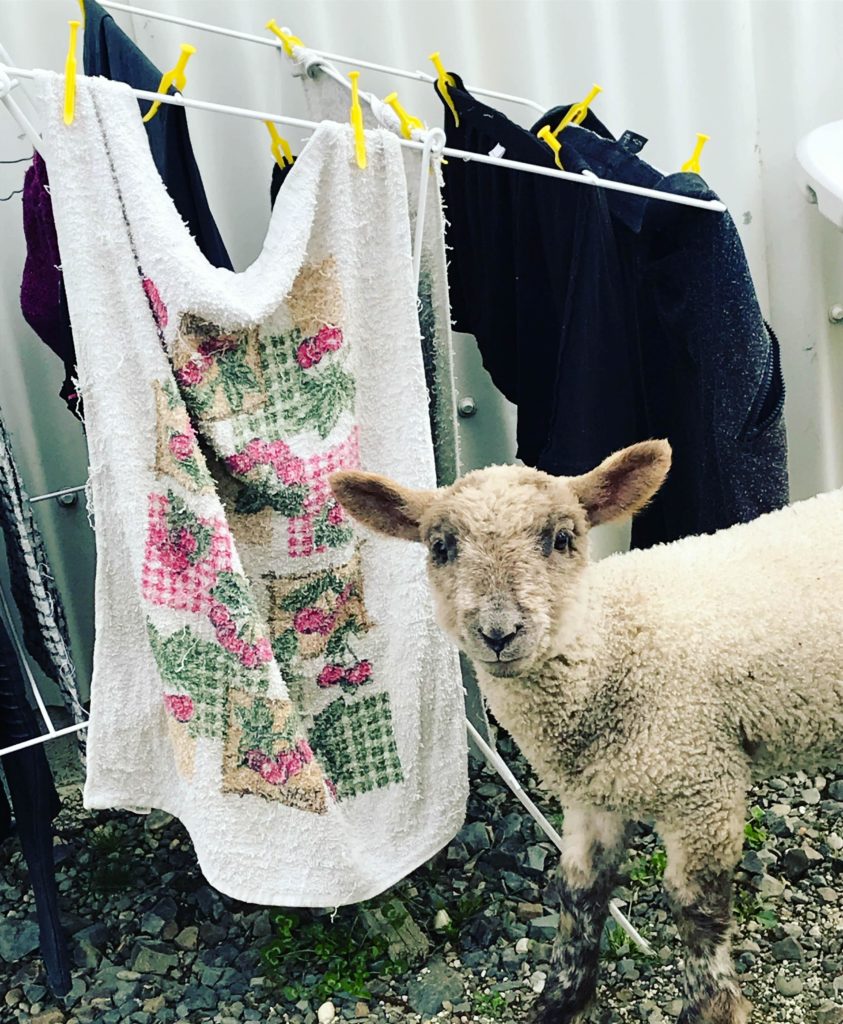 The couple eventually would like to create a permanent sustainable living space, rescue animals, and expand on their cookbook endeavors.

Jackie and Gareth’s first book, “My Van, My Castle” will be released in September 2019, detailing their travels across New Zealand. Their cookbook is due to come out in April 2020. 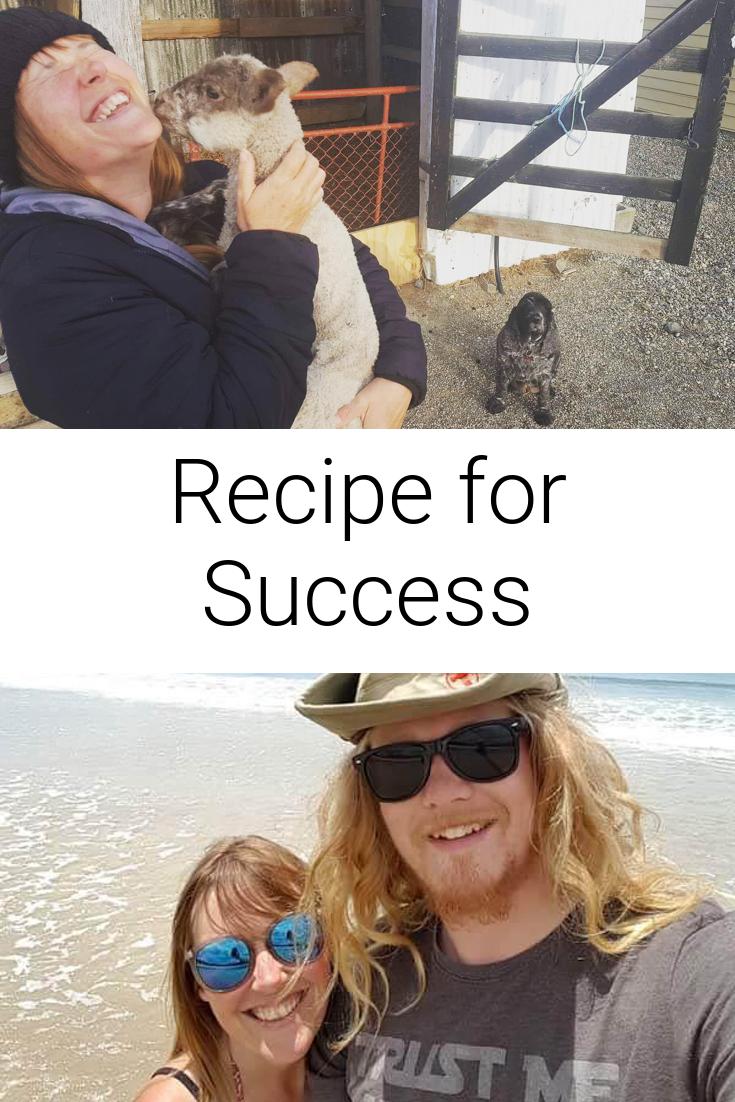