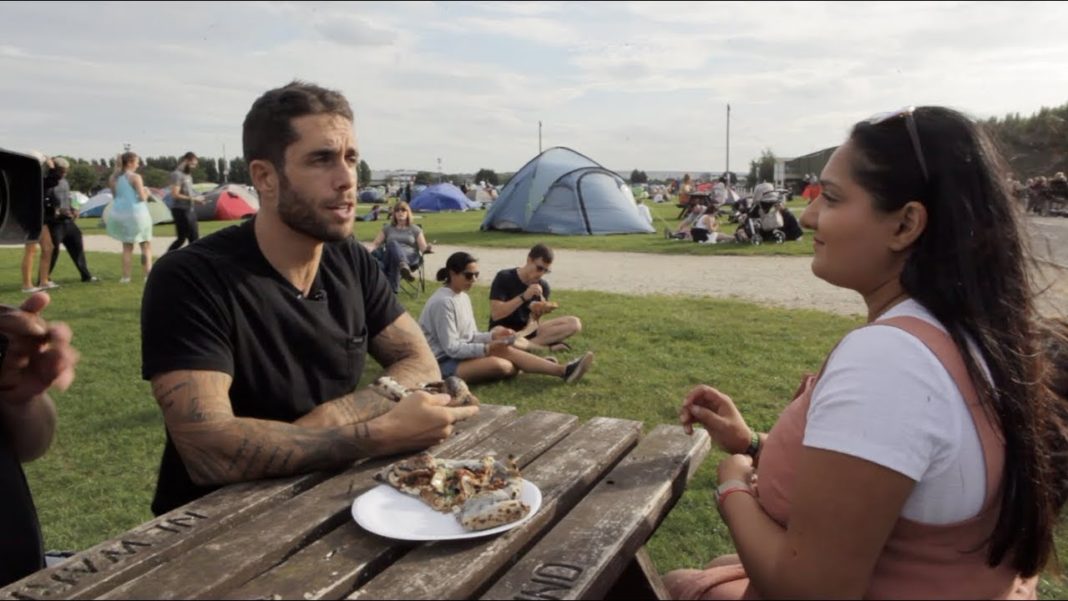 At the UK’s Vegan Camp-Out this year James Aspey answers some tough questions from the BBC with incredible clarity, demonstrating why he’s such a leader in the animal rights movement.

He speaks openly and honestly about the experiences that the animals humans produce for meat are routinely subjected to:

“Throat slitting is what we’re talking about. Gas chambers is what we’re talking about. Separating mother from babies. The worst kind of horror that you could ever think of.  And so it’s wrong because that doesn’t need to happen. We don’t need to put those innocent beings who feel pain and suffering just like us through so much horrific violence. We all agree that violence is wrong when it comes to humans and dogs and whales and dolphins, but what we need to do collectively is extend that circle of compassion even further to pigs cows, chickens, fish, to everybody.”

He also defends his point of view in using harsh terminology by reminding the interviewer to consider the animals as victims, and that we should be looking at things from the victim’s point of view, not our own.

“You have to look at it from the victims point of view. Look at what’s happening to them. They are going into a slaughterhouse alive and they’re coming out chopped up into pieces. They are animals. We are animals. If you wouldn’t do it to a human, then you shouldn’t do it to them. If we replaced humans in these factory farms and slaughterhouses, we would call it the Holocaust. If you put a human into these cages where these animals are forcibly impregnated, we would call it rape. And… I don’t think we should water down the truth of what is happening. These terms are accurate, they mean something.”

One area that may seem tricky is how to respond when asked about how we should relate to the farmers engaged in these practices which we find so horrible:

“I want replacements for them. I want them to farm other things. I want them to transition into other ethical businesses. It’s not that I hate farmers, not at all. It’s just that what they do is causing unnecessary violence and suffering and that’s what needs to end. It’s not about the individual farmer, who’s probably a great person, just doing their traditional family job. No hate against farmers. You can hate the sin and love the sinner.”

He goes over the reason why he decided to go vegan despite having to make lifestyle changes to do so:

“I didn’t stop eating animal products because I don’t like the taste anymore, I love the taste. I stopped because I found out that we can live and thrive and get every essential nutrient we need on a plant-based diet, therefore I couldn’t justify paying somebody to slit throats for me when they don’t have to.”

“Your right to have personal pleasure stops when it starts invading somebody else right to live in peace and bodily autonomy.”

It’s easy to see how adopting a vegan lifestyle is better for the animals, but leading scientific knowledge shows that we can be healthy on a vegan diet as well:

“Not only can you be healthy and thrive, but you’re likely to live longer and have less diseases. That’s not my opinion, it is a fact.”

He is also able to speak to the core values that all of us fighting for animal rights hold:

“We’re just another animal, there’s nothing special about us. Just like pigs, cows, chickens, and fish, we all have a heart, we all have a brain. We have eyes we see with, a mouth, ears, nose, families. We communicate with each other with a sophisticated language. Pigs can say 80 different things with their mouths and their body language. They’re highly sophisticated and intelligent beings. They have different communities, they look a little different, they’re made the same. The feeling of them getting stabbed in the throat is the same suffering as if someone stabbed you in the throat. It’s the same experience. They bleed the same as us. Their heart pounds the same as us. The terror in their eyes is the same as us. They respond exactly the how we do. Because we’re them. We’re animals. We’re just one species of millions.”

We don’t have to see other animals as having equal value to humans in order to still value the suffering they go through:

“You don’t have to agree that a dog is equal to a human. If there’s a burning house you will probably always save the human. Unless it was somebody like Hitler and then you might save your family dog. But, just because you might value them differently doesn’t mean that their suffering doesn’t matter. That’s exactly what white people did to black people. It’s exactly what men have done, and still do, to women. And now it’s exactly what the human species does to every other Earthling. We’re here, no one else’s suffering matters. To the point that we’re willing to chop them up into pieces and eat their corpses just because we like how they taste. It’s for no necessity.”

This is a must watch video for anyone seeking to better answer tough questions they get asked about veganism. 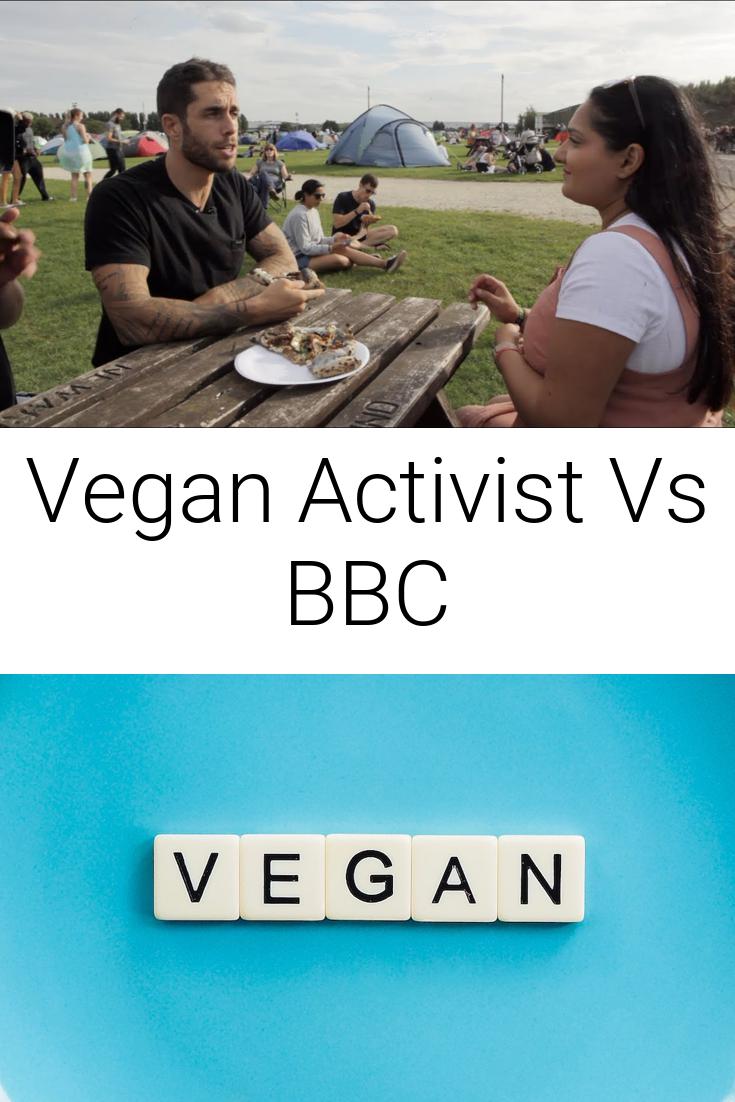