The ban on the sale of alligator and crocodile skins has passed in California!

This enforcement of this ban has been long overdue.  The original ban was placed way back in 1970, but due to pressure from the exotic skins industry it has never been put into action. Despite the attempt to thwart the ban yet again this year by special interest groups, according to PETA (People for the Ethical Treatment of Animals) the ban will finally be active on January 1, 2020!

The public had a large roll to play in finally getting this to pass. Without the help of PETA, Social Compassion in Legislation, celebrity support, specialists, and social action from supporters of the ban, it’s possible that the ban might not have been put into effect yet again.

Never underestimate the power you have to change the world!

Watch PETA’s exposé “The Belly of the Beast” to see the truth behind this appalling industry. 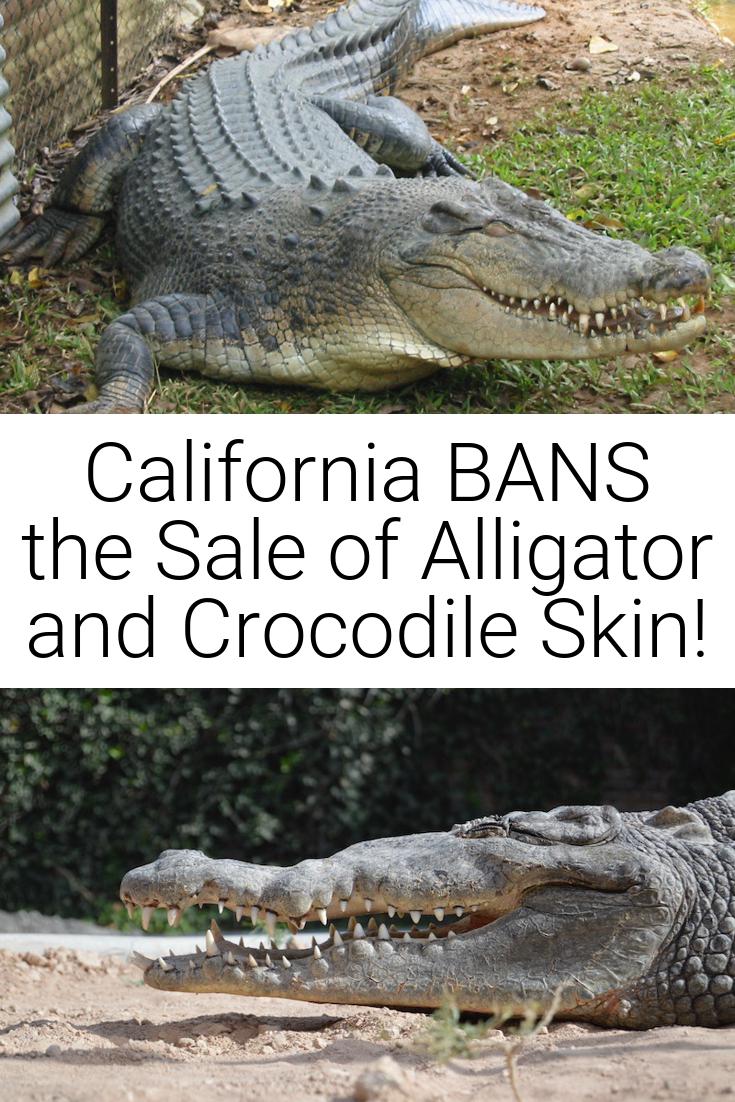