For the first time in 729 years Portugal’s oldest University, the University of Coimbra, has declared that it will stop serving beef in an effort to combat climate change.

Amílcar Falcão, the university’s rector, has said that by eliminating beef from the menu the university is making an important step towards turning into Portugal’s first carbon-neutral institution of higher learning.

The ban will go into effect in January 2020 along with other positive environmental changes such as forming a strict policy against food waste, removing plastic products from the “reception kit”, and introducing a tree planting program.

According to The Portugal News Falcão said in a speech to his students, “we are experiencing a climate emergency, and we have to put brakes on this projected environmental catastrophe.” Eliminating beef from the menu will “be a way of reducing the source of the greatest CO2 production that exists in the production of animal meat.”

Many studies have shown that methane plays a large roll in global warming and the warming of the oceans. In fact the negative effect of methane on the climate may be up to 23 times higher than the effect of CO2. And each individual cow releases between 70 and 120 kg of Methane per year, the equivalent to driving 12,500 km per year. 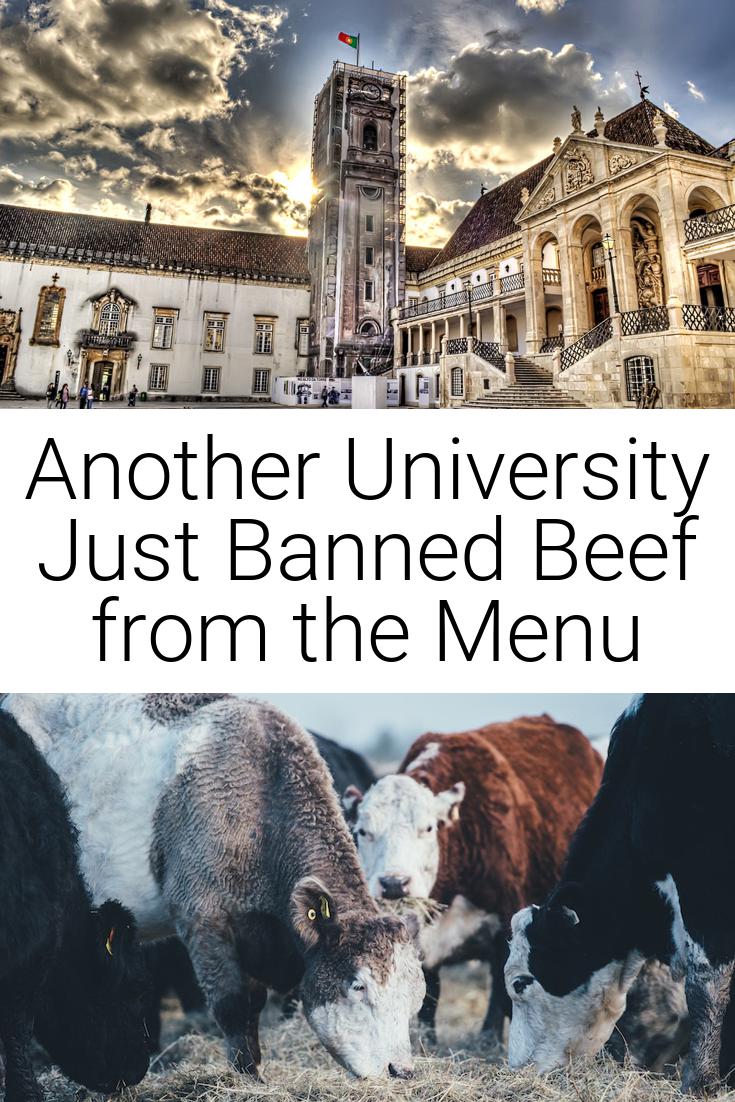