Home Veganism Should vegans be locked up for ‘economic treason?’ 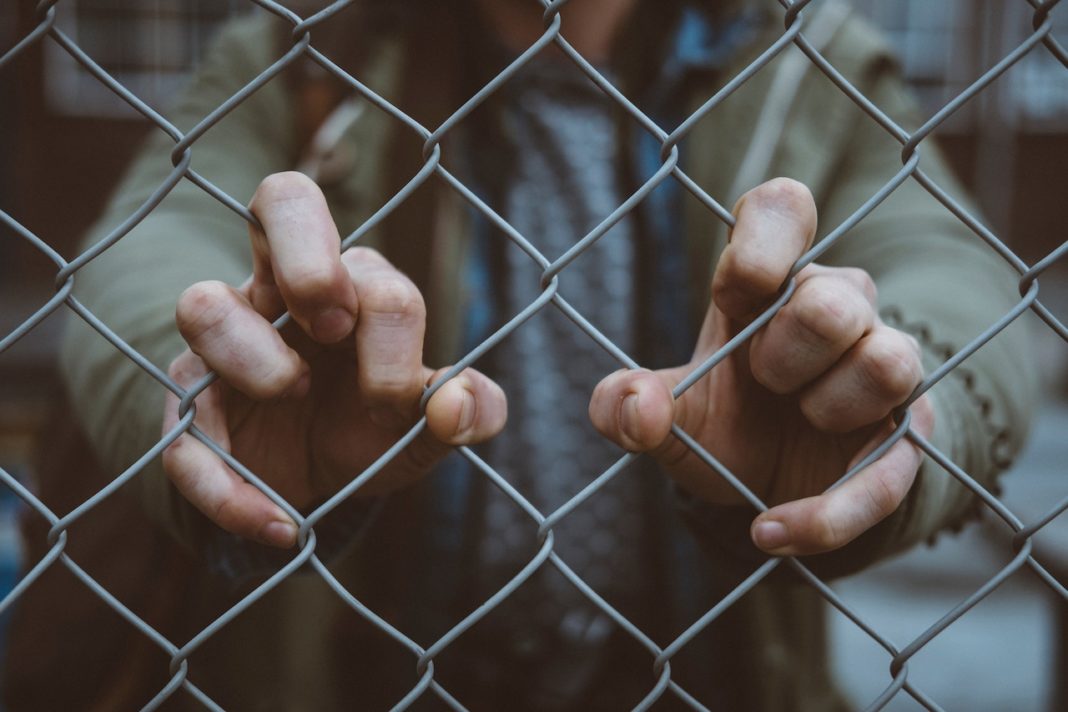 Television presenter Ryan Bridge caused a global outcry recently when he suggested ‘vegans be locked up and accused of treason if they don’t want to eat meat’. This article by Lynley Tulloch was written in response to his comments and was originally published on news website Scoop.

‘Ryan Bridge is inciting hatred of what is essentially a minority group in New Zealand. He said himself that only 3% of New Zealanders don’t eat meat. And he dismisses this group as ‘vegan loonies’.

Peacefully speaking up against the meat, egg and dairy industries is hardly grounds for locking someone up. I speak up regularly about the cruelties inherent in dairying, mostly using the pen as my preferred form of activism. As they say, the pen is mightier than the sword. I hope to slay the dairy industry so it crumples in its knees and dies a quick death. Humanely of course.

Should I be locked up for holding that view? In which case I willingly surrender myself. Should I be dismissed as a loony for challenging the status quo? Only if you want to live in a dictatorship and not a democracy.

The freedom to be able to speak one’s mind safely is one that we often take for granted in New Zealand. It’s the reason Bridge was able to speak out against vegans. But equally, vegans have the right to respond. I am a vegan because I am against animal cruelty. I don’t consider myself a loony, and my opinions are based on solid research.

Raising and slaughtering animals for food can and does cause animals great distress. Lest you think that they are protected by law, I have a few harrowing legalities and statistics to share. The 2018 Commercial Slaughter Code of Welfare says that “Lactating dairy cattle with distended udders must be slaughtered within 24 hours of arrival unless milked”. Yes, your burger may have been lactating in a previous life. Just where the calf is, and why she is being killed is not known. She just needs to be killed as soon as possible.

Here is another quote from the 2018 Commercial Slaughter code likely to make even the hardest of us squirm: “Milk lambs must be slaughtered as soon as possible but within 28 hours of being loaded for transport unless fed” . A milk lamb is one who has not yet been weaned, and is considered fat and ready for market. So yeah, those lamb shanks – they may have been dying for a drink before … well before dying.

And did you know that some animals endure swim washing or high volume spray washing before slaughter? Sometimes they go under.

And I saved the most horrific one for last (yet there are plenty more) “Foetuses should not be removed from the uterus until at least 15 – 20 minutes after the maternal neck cut or thoracic stick.”

Yet Bridge leaves these rather unpalatable truths on the side. New Zealand, writes Bridge, was built in the back of farming and agriculture. These same activities cause suffering to thousands upon thousands (indeed millions) of innocent animals every year. Laying hens are crammed in tiny cages with little room to move, listening to the endless squawks of other birds in an airless and claustrophobic shed. There are 3.2 million egg-laying hens in New Zealand each year (their male counterparts will likely have been minced alive at hatching. 82 % of layer hens will be caged. Then at a mere 18 months, when they go off the lay they are killed. And not very nicely either. They are electrocuted in a bath of electric water while hanging shackled upside down. Then they are decapitated. Sometimes they are gassed.

Sometimes the slaughter does not go well. Again, the 2018 Slaughter Code warns the workers that: “Birds must not be so wet as to cause part of the stunning current to flow over the surface of the body instead of through the head, resulting in an ineffective stun”. I’m sure accidents occur.

And if that doesn’t move you, won’t you consider the 1, 823,997 calves killed each year so we can drink their mother’s milk and dine on their flesh (veal)? Sorry if it makes me sound like a bible basher (Ryan’s words) to speak out against their suffering. Actually sorry, not sorry. Lock me up all you like. I’ll still speak up for them. Does that make me a loony? That I am compassionate and care about the lives of animals who are not human? Because seriously, that is kind of sad. But even sadder is the deaths of those baby calves.

And it’s not just calves. In 2018 2,587,884 cattle were slaughtered. Most of them were cows, but also included are steers, bulls and heifers (yet to calf). I don’t really like that statistic because I consider all animals to be worthy of life; and I don’t think we should breed them just to kill them and eat them. Not when we can live perfectly healthily on a plant-based diet.

I don’t want to live in a society where speaking out against something like the killing of animals is regarded as crazy, treasonous or reason for jail time. Have we learned nothing from nutty social change like the Pol Pot regime where people were forcibly silenced by being locked up or killed? What about the White Rose group who were executed for speaking up about the Nazi regime?

To suggest those who speak out against some aspect of larger society are treasonous and should be locked up buys into this same mentality.

What we need is more social discourse and protest, not less. We should celebrate living in a society that allows freedom of this kind. We should protect it. Suggesting we lock up people for having opinions and exercising their free will is kind of loony itself.

If you want to eat meat – your choice. But surely you should look up all the facts and know just what the animal endured. Sometimes your burger was pregnant or lactating of still feeding from Mum. These are animals who are now without their lives, but they did have one. Once upon a time’. 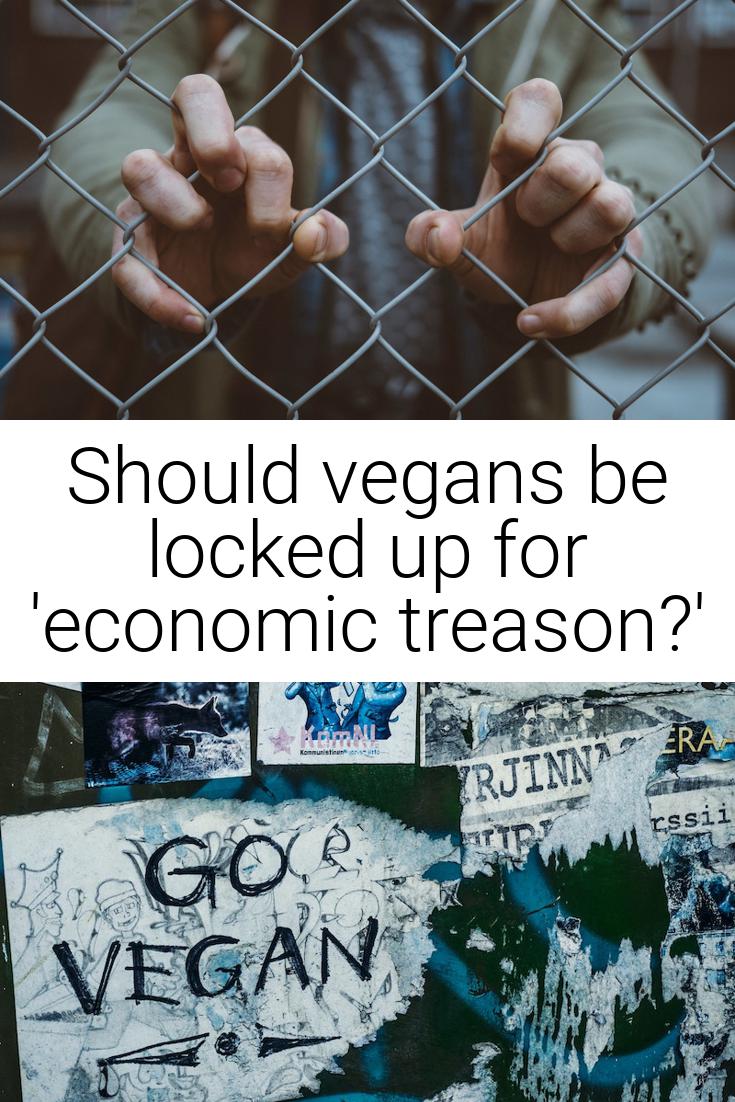