Seoul, the capital city of South Korea, is finally free of dog slaughter as the last remaining slaughterhouse has shut its doors.

According to UPI, Mayor Park Won-soon told reporters, “We will maintain the city as a slaughter-free place to promote the dignity of animal coexistence. If Seoul slaughter activity occurs again, we will use all means to block it.”

The Humane Society International/Korea has been working tirelessly over the last five years, rescuing over 1800 dogs and closing 15 dog meat farms in South Korea.

After a year long campaign with Seaul’s local officials, HSI/Korea declared the remaining three dog meat shops in Seoul have agreed to stop all slaughter for dog meat.

“Although these shops can still sell dog meat, it is nonetheless wonderful to see South Korea take one step further away from this dying industry that most Koreans want nothing to do with. It gives me hope that South Korea’s future is dog meat-free.”

Dog meat consumption has been on the decline in South Korea in the recent years with a survey showing that 70% of South Koreans would not consume dog meat in the future. 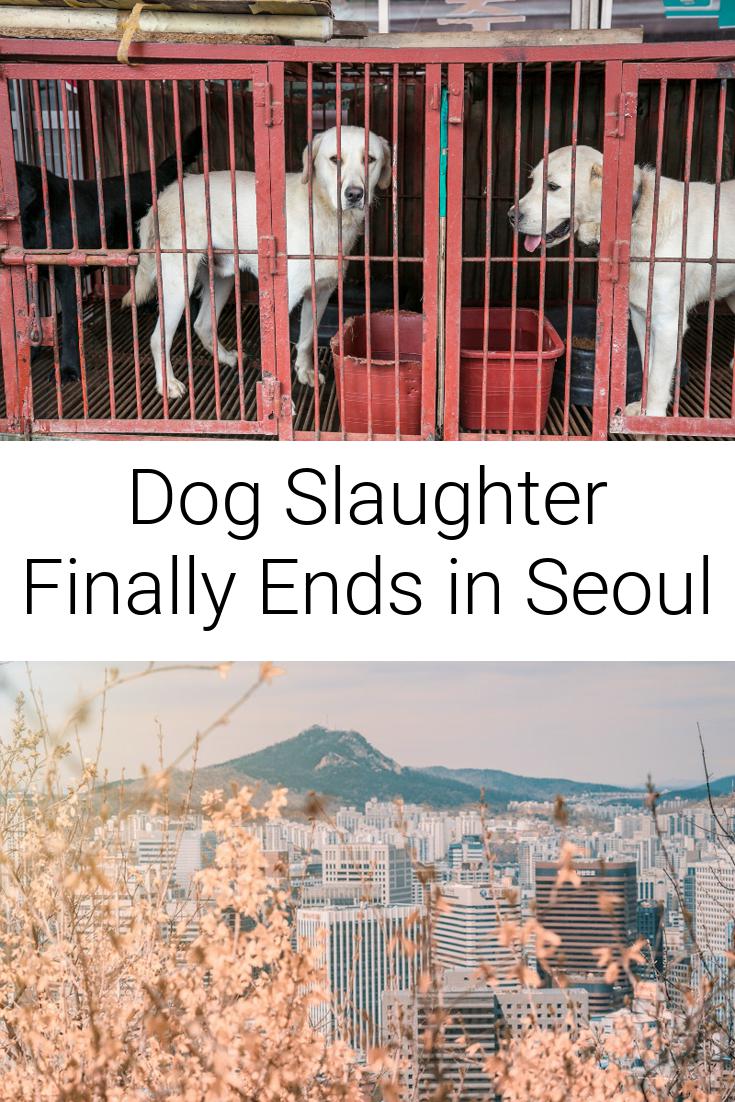