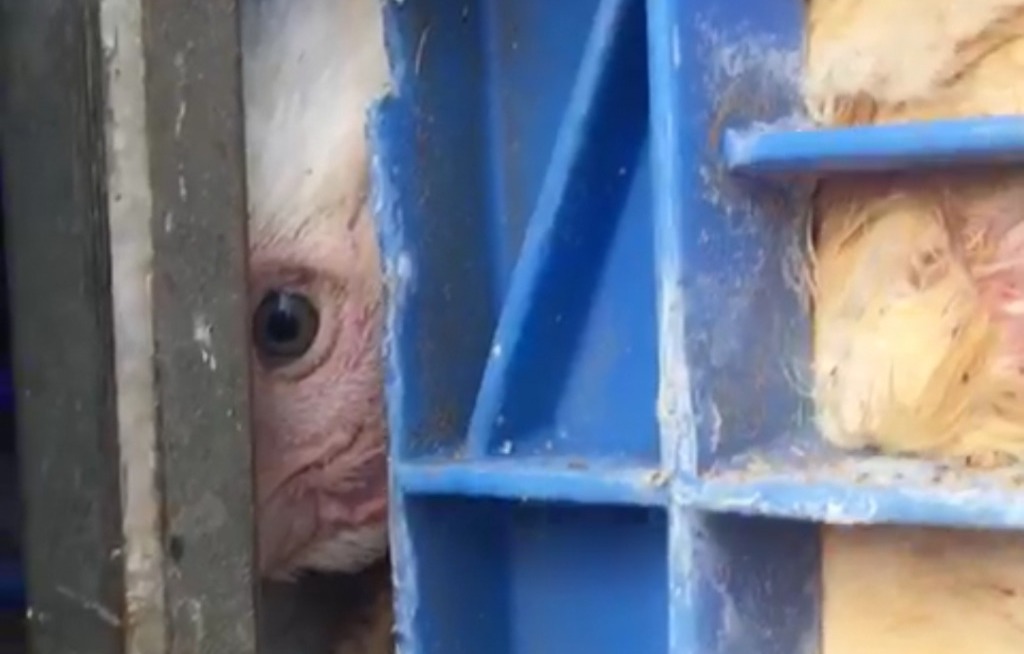 A lorry carrying the lives of around 9,000 individuals crashed Monday morning in Watford.

On the 30th September at 10.00am a lorry carrying chickens crashed on the roundabout of the North Orbital Road. The chickens were already on their way to the slaughter house around 20 minutes away when the driver crashed, turning 9,000 chickens on their sides resulting in injured, distressed, crushed and dead birds.

Thankfully one of my best friends happened to be on scene within minutes to document and take action. Jacqueline took immediate action questioning the police to get chickens out of there, rescued and urgent veterinary care. She was told to leave multiple times by police, but refused until someone was removed from the truck. She then alerted us to the situation so that we could get activists on scene to secure safe rescue to sanctuaries, urgent vet care and to document the scene. One chicken was released to Jacqueline who took her straight to a vet for urgent care. She was covered in oil, suffered some bruising and of course distress. Activists then started to arrive which resulted in them getting the chickens cornered off from our site and surrounded by excessive numbers of police. An RSPCA inspector arrived who failed to get a vet on site at all, although the chickens were obviously suffering. Government guidelines for the Transport of animals states ‘It is illegal to transport an animal that’s considered unfit for travel this includes: Sick or injured animals when moving them would cause additional suffering, unless instructed by a vet. I offered my assistance as a veterinary professional and was refused access to help the chickens. We had people there representing the sanctuaries who had agreed to take all the chickens and provide all with urgent vet care, we had a vet on standby in the near by area. We negotiated for hours demanded a vet on site and even read out the laws which the Police are supposed to enforce to protect the chickens from further distress. We were ignored. The farmer arrived and brought catchers to start loading the injured and distressed animals onto another transport lorry that was brought in. Due to the lorry’s structures and the way the chicken crates were situated righting the lorry from its side would guarantee more injuries and deaths to the chickens. Our concerns for moving them was ignored and the RSPCA insisted they were unable to do anything for them in fear the chickens would escape. Broiler chickens are very slow on their feet due to genetic manipulation making them physically very challenged to walk let alone run, so then running off would be very unlikely. However they tweeted multiple times to state they were working hard to help the poor chickens? The moment came that they then attempted to right the lorry, we watched on, our worst nightmares for the chickens became reality. The roof of the lorry twisted and the chicken crates (unsupported) fell and crashed on the floor. As a bystander it was honestly one of the most harrowing things I have ever watched. More attempts were made to rescue the animals but were quickly brought to an end by the Police. Five hours later the chickens were violently and illegally moved onto the awaiting truck and sent to slaughter. In previous crashes like this their bodies are thrown in the bin as they are considered ‘Not fit for human consumption’.

A previous incident involving pigs to supply Waitrose were all killed unnecessarily, no lives were saved even though sanctuaries offered a lifelong safe space for them.

The footage we captured and the response from passers by shows that the majority of people are against cruelty to animals, in fact some didn’t even know animals used for food were transported alive. The direct action taken that day by activists saved a life and gave these animals a story, which is often hidden from the public eye. It also allowed us to show how animal welfare charities behave and mislead the public into thinking that the animals were protected from further harm and that they followed correct proceedings, in which they did not. Neither did the Police who should have also upheld the law and ensured a vet was on site before the injured and dead birds were so violently moved. This matter is now in hand with a lawyer and we plan to take further action. I hope this highlights how important it is to be present and to take direct action as a concerned citizen. Angel the rescued chicken is alive and well with Jacqeuline at her micro sanctuary, where she cares for lots of rescued birds from turkeys, to chickens, ducks, horses, dogs and cats. Supporting sanctuaries is a fundamental part of animal rights progression, to ensure animals like Angel have a safe place to live free from harm.

You can see more about Angel and her rescue at Instagram: @earthangeljacqueline 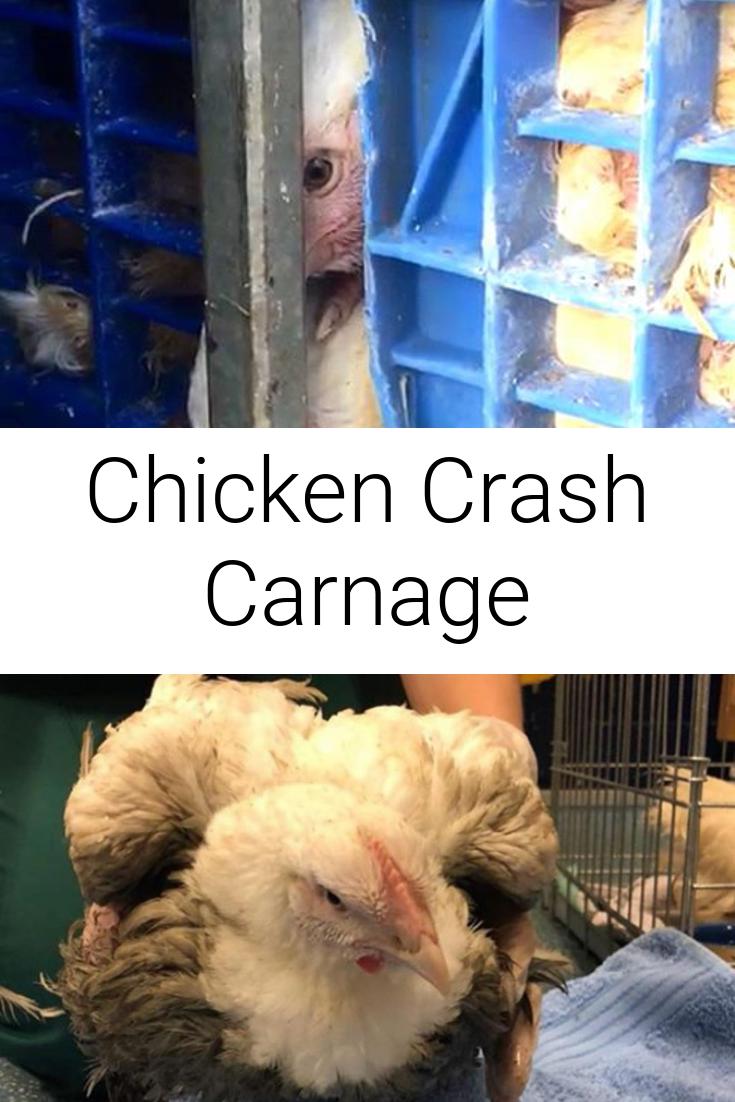