Home Veganism ‘I thought not eating meat was enough’ 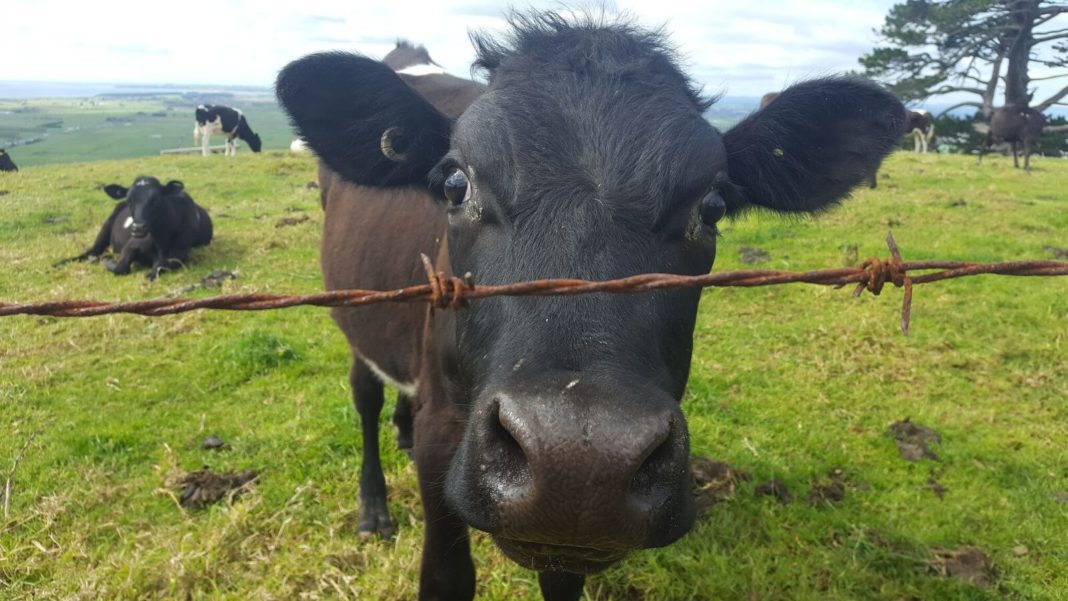 In a previous life, before I became vegan, I was a dairy farmer. For almost two decades in my younger years I worked on farms, milking cows, rearing calves and raising beef and sheep for sale, or ‘for the freezer’. Not my freezer, mind. Ironically I didn’t eat meat. Before I arrived in NZ from the UK and was plunged headfirst into the dairy farming industry, I had been vegetarian on and off since the age of 13. I had flatly refused to eat lamb my whole life, declaring they were far too cute and adorable for me to ever consider eating. Why that compassion didn’t extend to cows as well I don’t know, but once I entered farm life and became well acquainted with these beautiful, sensitive animals twice a day in the cowshed, my ‘on-off’ vegetarianism became very much on and stayed on. 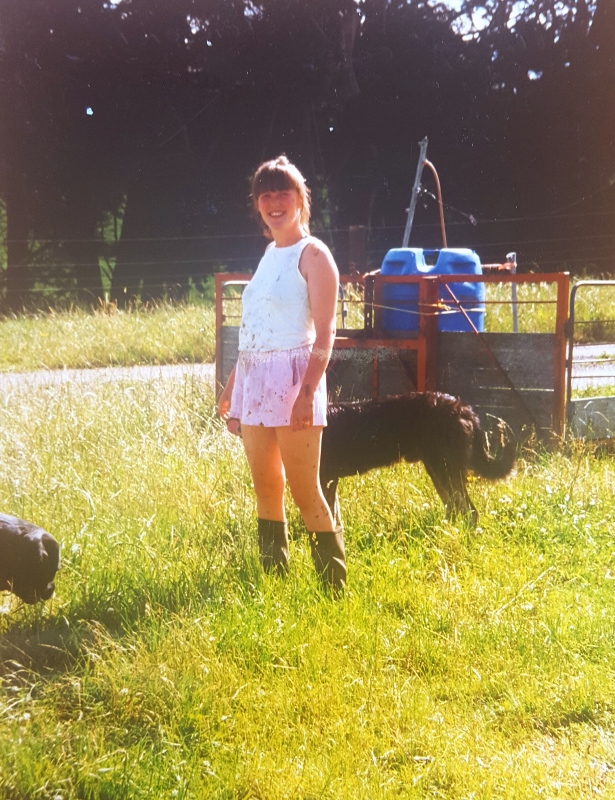 Me during my years as a young farm worker

Just as ironically I never drank milk either. That wasn’t due to moral conscience however. I was severely intolerant to dairy products, had been my whole life. Consequently I was happy to use them in cooking for others and once I was married and raising a family, I put milk and cheese in everything, thinking I was doing the best for them, providing them with ‘essential nutrients’. Just like a clean, green farmer’s wife should. I didn’t know any other farmers who were vegetarian and I got quite a bit of flack for it. Even though it was our livelihood, I couldn’t understand how their consciences let them eat any animal they had raised. No way could I ever eat an animal that I knew! No way. I’m not sure what I expected the other farmers to do, go and buy one they didn’t know from the supermarket or something? All nicely pre-packaged and anonymous? Even though I knew that would never happen, it still sounded better to me. 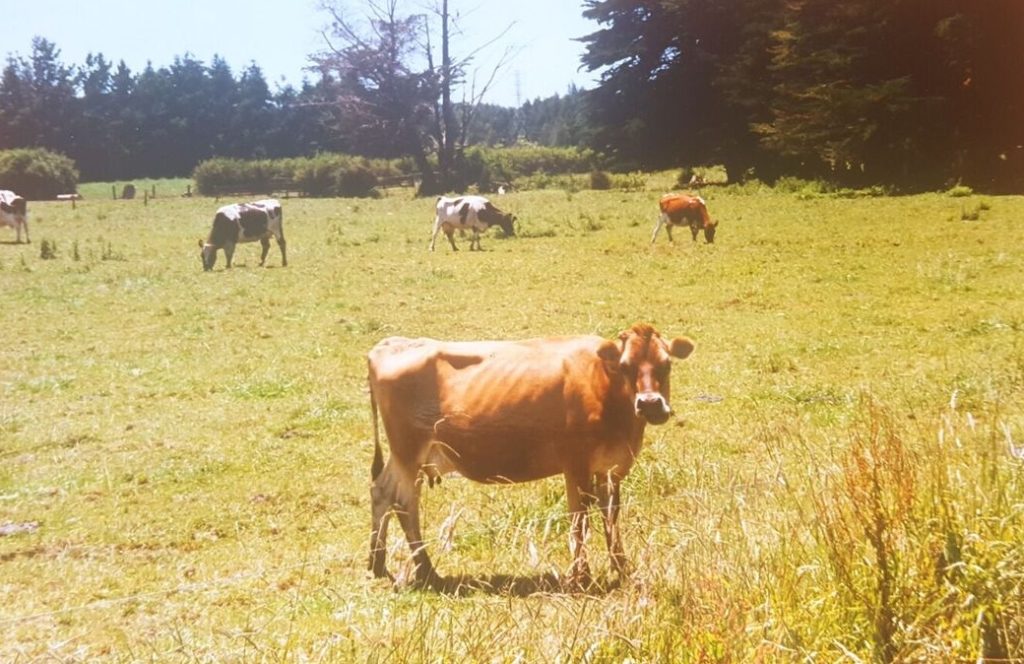 Sukie was my first pet cow.  I could never eat an animal like her!

As a farmer, I felt I had more knowledge of where other people’s food came from, of WHO it was. To my mind, eating meat was cruel, pure and simple. When I looked at a pork roast in the supermarket, I saw a pig. When I looked at a beef steak, I saw a cow. It made me feel ill. I didn’t want any animal to suffer, to die for me to eat. In comparison, nobody had to die to make milk, or cheese, or ice cream. Sure, it was a bit of an inconvenience to the poor cows, having to walk miles in all weathers for nine or 10 months of the year, to stand and get milked twice a day, but it wasn’t cruel. They didn’t have to die to give that milk. I knew that because I chatted to them every day, I greeted them, patted them, sang to them, was kind to them. I had even helped some of them to give birth. We were mothers, we were sisters of sorts! 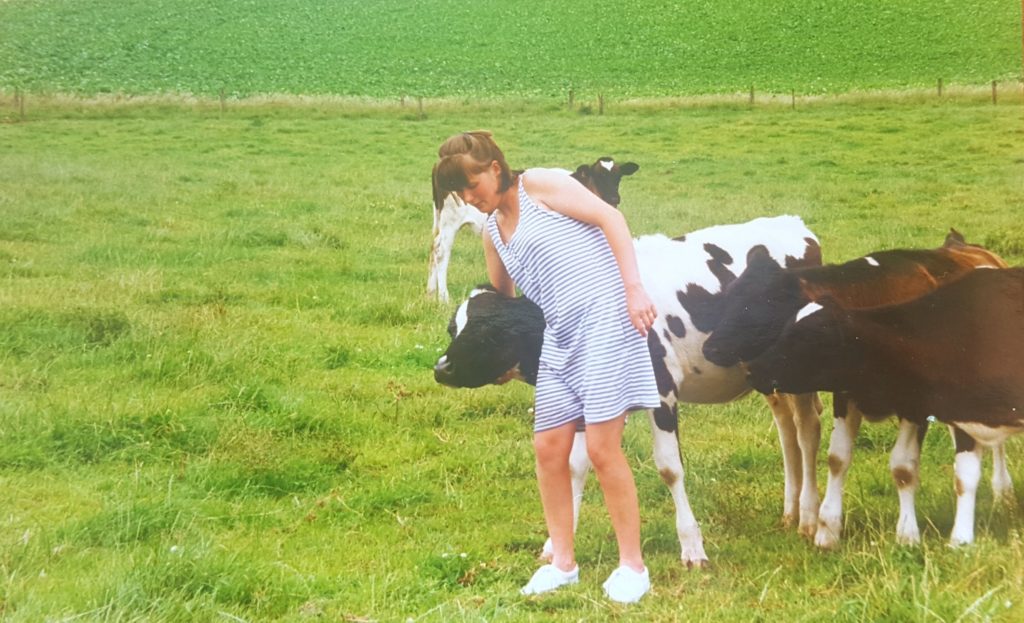 I loved rearing calves like this one, Izzy – but never realised I was helping to exploit them too

I wasn’t completely immune to their suffering. I could still see the sadness, the utter wretchedness in their downcast eyes, every day, if I stared at them for too long. But at least no animal had to die for humans to drink milk. That’s what I honestly thought. And I carried on thinking that for many years, long after I left the farming industry. It was only when I went vegan and began thinking back to some of the practices, the things I witnessed, the things I had been part of that I realised this whole time I had been wrong. I thought my not eating meat had been enough. Enough of a contribution to saving animals. Enough of a contribution to saving the planet. I was so stupidly wrong.

What happened to those cows I patted and chatted to when they were no longer producing enough milk? After a lifetime of exploitation and ‘service’, they were slaughtered. What happened to all their female babies, once they grew up and were milked until they couldn’t be milked any more? They were slaughtered and so the neverending cycle would go on and on. What had happened to all their male babies? They had been killed long ago, just a few days after birth, or if they were ‘lucky’ as two or three year olds, for someone’s Christmas dinner. All this death, all this pain, grief and suffering. So much more, longer and worse than simply being ‘grown’ for meat. 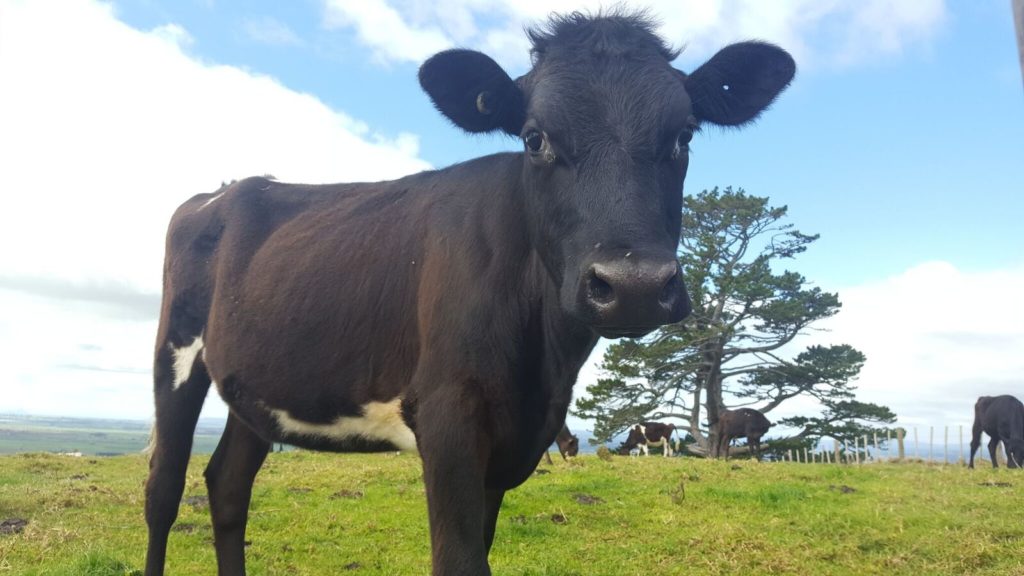 This beautiful young animal is one of the so-called ‘lucky ones’ – but it will still be slaughtered.  Maybe it already has.

Now, if you’re already lucky enough to have made the connection, you’re probably reading this and thinking ‘Jeez, how stupid can you be? Of course consuming dairy is just as bad as eating meat, if not worse!’ But I never made the connection, not then. And if I didn’t make it, all those years when I was right there, how can we expect others who have no knowledge of the industry to know or understand? That’s why there are still so many vegetarians who haven’t yet gone vegan. They still think they are doing enough, just like I did. They don’t know the immense suffering, the billions of lives lost, every year because people choose to drink milk for ‘strong bones’ or enjoy cheese on their pizza. 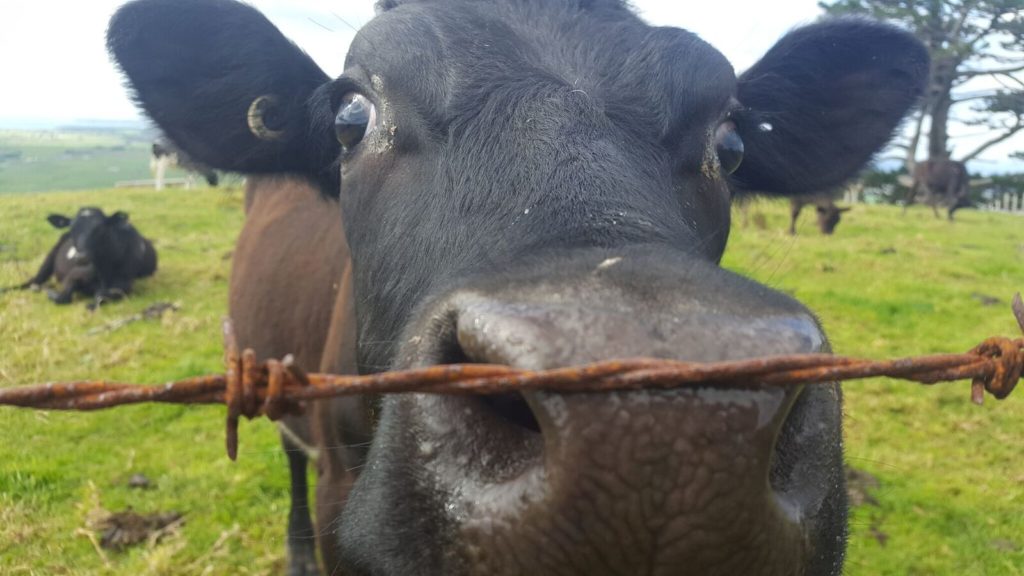 Will you help us to know freedom?

I can’t take back my past, or my years of ignorance. I don’t know if I can ever forgive myself for it either. But I can use my decades of knowledge and experience to help change the future, to raise awareness and speak the truth, to whoever will listen. If you are vegetarian, please consider making the change to becoming vegan. You have so much power, every single one of us truly counts. If anyone is thinking of making a change for the year ahead, please do the same. Being vegetarian alone will not end the horrors of the dairy industry and the torment of those mothers and babies of those who do not have a hope in hell of being able to save themselves. Only you can help them do that, and help steer our planet towards change. The term ‘2020’ is often referred to as having perfect clarity of vision. Make 2020 your year of perfect vision. Go vegan.

For helpful links to get started, visit: