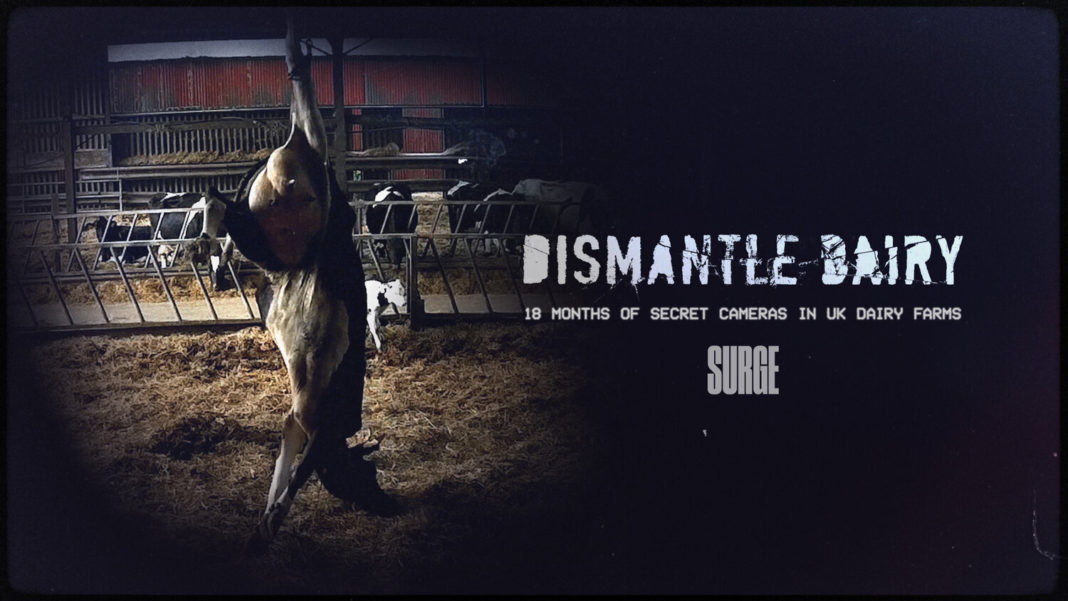 The Dismantle Dairy campaign, run by animal rights organization Surge, reached over one million views in its first week across all media platforms.

The campaign includes footage from an 18 month undercover investigation of multiple dairy farms around the UK using hidden cameras.

The footage captured (see links and video below) shows widespread physical and emotional abuse including punching, kicking, tail twisting, and prodding of mother cows and their babies.

The footage captures the harrowing reality of the legal cruelty and abuse taking place every day on dairy farms across the world. Things like:

“What we have documented has shocked us. The dairy industry is painted as a wholesome industry, where the animals are treated with care and compassion. Grazing dairy cows and adverts perpetuating these ideas, reinforce the notion that animals don’t suffer for dairy products”, Earthling Ed states in the first video released by Surge on November 19th.

“However the footage that we have acquired tells a very different story to the one the industry tells us. Animals being systematically exploited and abused. Farmers showing contempt towards the animals, violently beating them, and showing a complete disregard for their life.”

“Dismantle Dairy is a culmination of 18 months of work. We started this campaign to show that the violence on dairy farms is ubiquitous and occurs in all farms, including those associated with high ranking officials within the industry, as our on-going campaign will later reveal,” Earthling Ed said in a statement to Plant Based News.

“The suffering on dairy farms is horrendous and exists both psychologically as well as physically.

“As the footage shows, dairy comes from violence, even if those acts of violence are legally condoned. The only way to end the violence is to live vegan.”

Find out more at dismantledairy.org 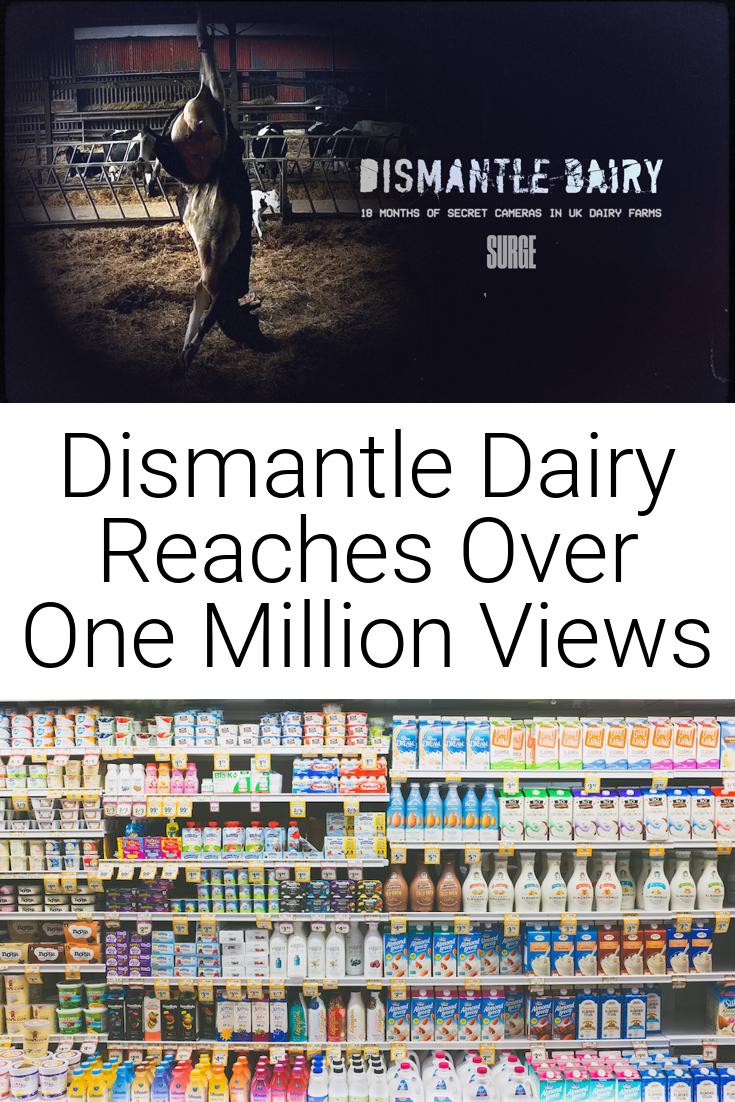