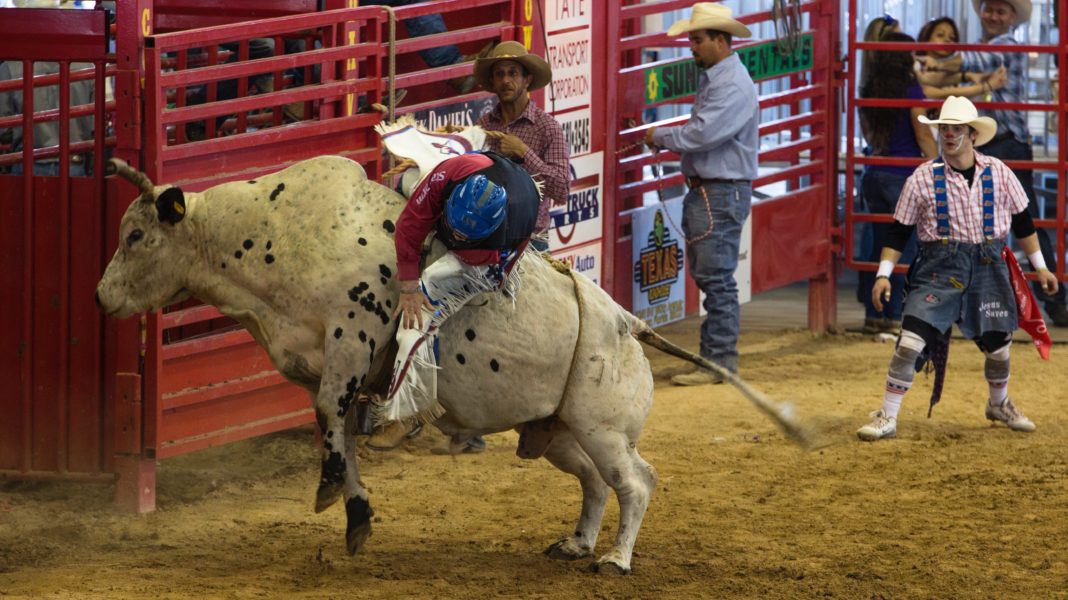 Black-clothed protesters with signs line the road leading to the rodeo entrance at Mandeville, just outside of Christchurch. We wear black to show solidarity with the animals about the darkness of this event. Some call it ‘sport’ but rodeo is everything that sport is not. Each year, the numbers protesting this cruelty increase. More and more people are realising that animal abuse is NOT ethical entertainment, much less family entertainment. Animal abuse is a great big boil on the backside of the country, and rodeo is nothing more than a part of this infection.

This is a peaceful protest, but a heartfelt one, nonetheless. There is no chanting, no marching, and no aggressive tactics. The only aggression comes from some drivers and passengers in passing cars. Some flip the finger at us, some yell stuff at us, and some do both. No prizes for guessing what most of that yelled stuff comprises. The protesters remain calm. We show our signs to the passing cars, we wave at those who give us the thumbs up in support, and now and then we chat amongst ourselves. We have security personnel with us to ensure that no overt aggression takes place on either side. This is a well-organised, and well-behaved protest.

Suddenly, there is a bang, and a spontaneous outburst of cries and semi-guffaws. I quickly turn around to see what has happened behind me. It appears that the same lady who just drove past, whilst glaring at us, giving us the finger and tooting to make sure we see it, has just driven into the back of another car! The car, a bright shiny green Holden, which has all the hallmarks of being a country boy’s pride and joy, was waiting near the centre of the road to turn into the entrance to the rodeo. The offending driver of the other car has banged into the left-rear of the Holden, while she was flipping us the finger. Although there was no great speed involved, the Holden has been spun around to face the other way. The finger-flipping lady’s car has ended up against a lamppost, with its bonnet pushed up. The lamppost is okay.

As are the drivers and passengers of both vehicles, apart from being somewhat shaken up, we later hear. The guffaws weren’t cruel, they were just an involuntary reaction to seeing some immediate comeuppance to unnecessary aggression. There was no real glee expressed at the incident. The main feeling was that of concern, and then relief that no-one was hurt. However, because I’m b’older now, and don’t always feel the need to be nice anymore, I confess that once I knew everyone was okay, I had just a tiny feeling of schadenfreude at the incident. And also almost like the rodeo animals got a teensy-weensy bit avenged in some way.

The protest continues, as the accident scene gets dealt with. Emergency vehicles arrive, but we aren’t asked to pack up the protest. We are not in the way, nor causing trouble, and no-one has been seriously hurt. Police take statements, including those from the on-site security personnel. It’s clear who was at fault here, and it’s wasn’t the protesters. We are not the abusers inside the venue, nor the aggressors outside. We remain standing peacefully in protest against the abuse that is happening to the animals at this rodeo, and all rodeos.

It’s expected that there will be an attempt to deflect the blame, though, onto the protestors. Anything to deflect from where the real harm is happening. Because, you know, a driver can’t be expected to just drive past us and not flip the finger whilst glaring at us, instead of looking at the road. Anger must be shown. But, we’re bloody angry, too, at what happens to animals at rodeos, yet we manage to behave like grown-ups at this protest. It will be interesting to see how the TV News crew covering the protest present this.

As rodeo season continues, let the numbers who protest grow! We won’t be deterred by any fingers being flipped at us, nor abuse being shouted at us – the animals suffer much worse than that. But, for those who do feel inclined to do these things, be warned that it just might go wrong for you

PS: Here is the first news article to come out about the crash.  Funnily enough, the driver doesn’t mention that she was too busy giving the us protesters the finger to watch where she was going – lol!

She finally ‘fessed up, after getting busted 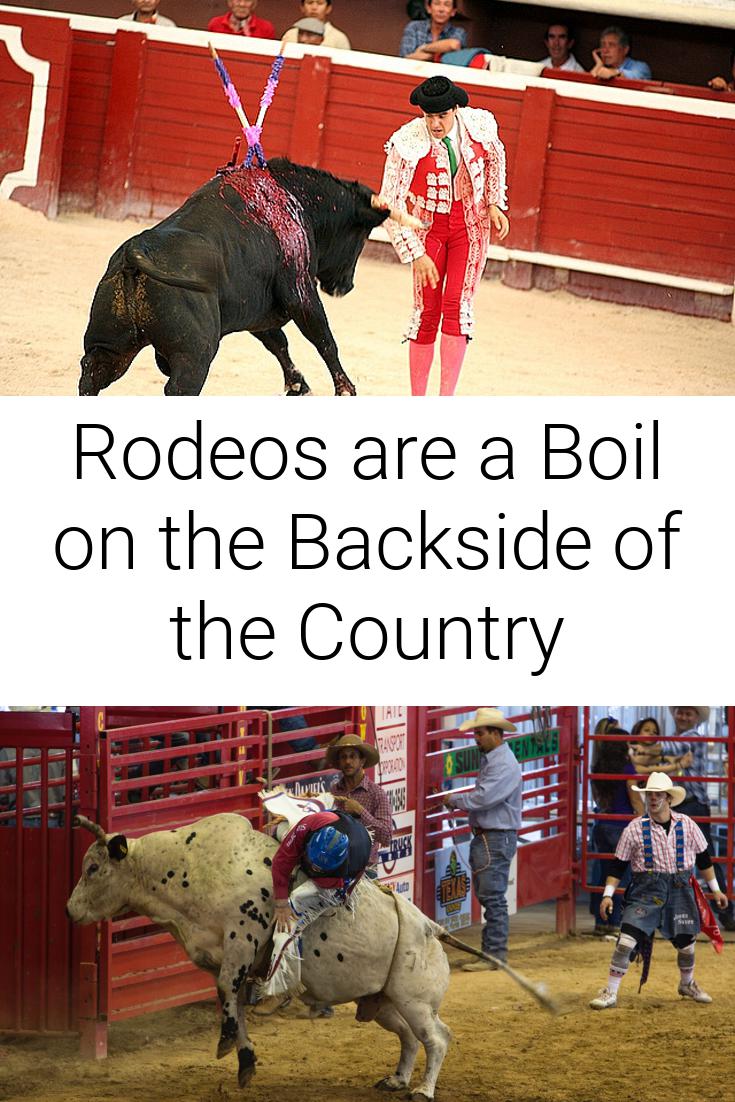