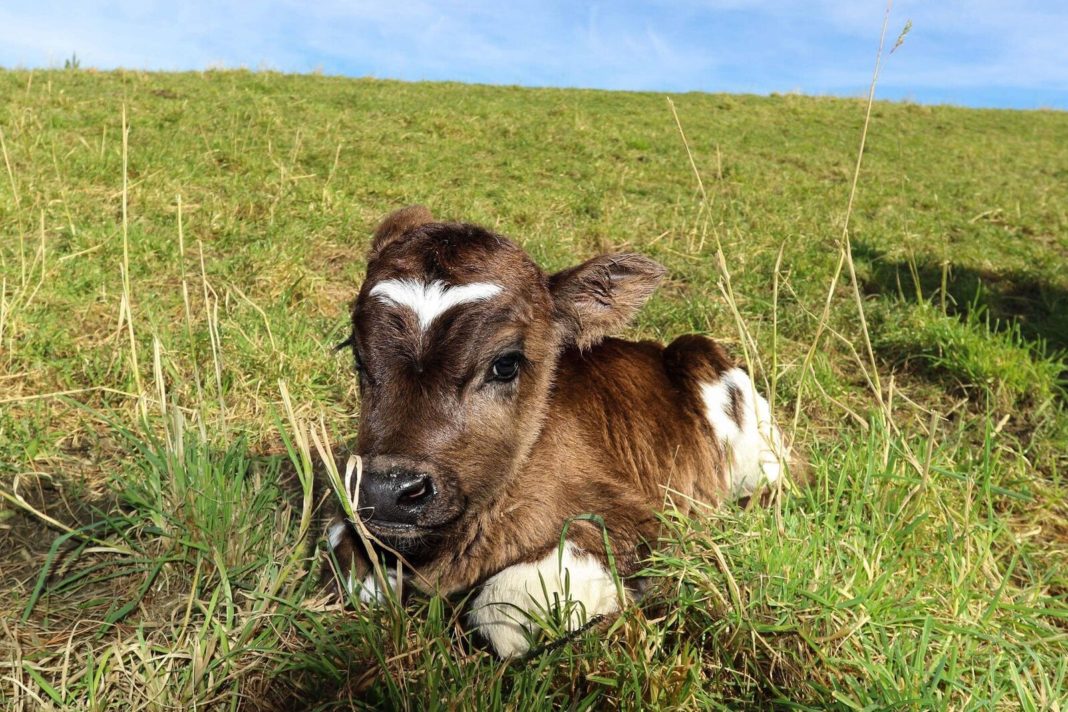 Every vegan has their own story to tell. The reasons why and how; that life-changing moment when they made the connection. But for country raised Alex Chaves, it was far more hard-hitting than most. At just 15 years old, she witnessed horrors most of us never dare or wish to set eyes on. Instead of letting it break her however, she vowed to use her knowledge and experience to make a difference and prevent other innocent animals from suffering. Here is her powerful story.

WARNING: This story discusses what goes on inside a slaughterhouse. While no graphic images are shown, some may find parts distressing to read.

‘I grew up around a dairy farm, deep in New Zealand’s Marlborough countryside. Farming was just so normal. It was everywhere I looked, all anyone talked about. As a child in the deep of winter, fresh cow pats would become feet heaters on chilly early mornings, as well as projectile targets for stones and rocks. A typical weekend for me was walking down the road with my mother to the local factory farm, with a bag of day-old bread to feed the pigs. Faint memories such as these cross my mind from time to time.

But what sticks in my mind most is the young calves who were housed right in front of the milking shed during calving season. I never understood why they were not with their mothers, or why they drank from a bucket instead of their mother’s own teat? Or how one day they were there and the next they were gone? I assumed it was just the way things were and became desensitised from a young age. I loved animals more then anything but that love never extended past my ‘pet’ rabbit.

A Mission to Uncover the Truth

In 2013 however, I was shown a documentary by a good friend called ‘Earthlings’. It opened my eyes to EVERYTHING and sparked my curiosity. What form of atrocities could be happening right here, in little old New Zealand? We all like to believe nothing awful happens in our own country or our own backyard, but how can we be so sure? I wanted to know for certain and made it my mission to find out.

I was still at high school and studying photography so at just 15 years old, I grabbed my camera and plucked up the courage to set foot inside some local poultry and pig factory farms, before entering the big one – the kill floor of a slaughterhouse – to film what went on behind closed doors.

A Vision of HELL

New Zealand is the largest export of Halal meats in the world. Over 95% of our slaughterhouses are Halal and nearly, if not all ‘red meat’ slaughterhouses follow the Halal procedure, where the animal must first be killed by having its throat sliced open while still conscious, then hung upside down to bleed dry, to meet strict Muslim laws. This was the case in the slaughterhouse I visited and what I saw there was truly a vision of hell. Nothing can ever prepare you for what you witness within a slaughterhouse. What has stayed with me the most is something you can never truly understand unless you have been there. It’s the smell of warm hot death. It’s a thick, pungent smell that enters your airways and never seems to leave. It makes you physically nauseous. Not only do you smell death, you smell the cattle’s fear. Fear has its very own scent. It’s something you can’t describe, yet is something you never forget. The cattle know what’s coming, and believe me, they fight against death with every fibre of their being.

The countless victims I saw gasping for air and thrashing in agony while being dismembered on the slaughter line was truly unimaginable. The drawn out moments between the slaughter and final death are terribly painful and stressful for the dying animal, who is completely conscious and continues to try and get down off the shackles in extreme pain for minutes after the neck is cut. Compared to other animals, cattle have an extra blood supply to the brain through the back of the neck, so cutting their throat does not lead to unconsciousness as quick as a sheep for example. It has been scientifically proven that following the Halal procedures, it can take as long as six-and-a-half minutes for cattle to lose awareness and another 10 minutes for brain activity to shut down. The animals I saw all showed signs of consciousness. Their death was slow and painful, yet no one cared. Not one of the cattle’s deaths I witnessed was fast nor painless. Many of the killings were so awful, the cattle would sometimes get up before being raised and run around the kill floor with their throats sliced open, attempting to escape. We humans are meant to be caring and nurturing towards our fellow beings. Yet to these animals we are the living devil.

My heart ached as I watched these innocent souls being ripped limb from limb and I realised, it was happening because of me. At that point in my life I still consumed animals and animal products. But not any more. From the moment I walked through those doors I never would again. Because now I knew the truth.

A Way to Give Back

The guilt lingered for years. I developed PTSD and depression and found it incredibly hard to sleep at night, due to the fear of the constant nightmares that were rattling my brain. However there was one positive thing to come out of everything which had gone before. After two years of visually documenting the merciless slaughter of cattle, I had a very strong desire to give back to the animals in a sense. I wanted to liberate as many beautiful souls as I could from slaughter and prevent their suffering. For me, I felt as though in liberating them, I could give back to the ones who changed my life.

A lovely friend of mine, Jasmine Hubber from Til the Cows Come Home knew how important this was to me and asked if I wanted to help her rescue some newborn calves who were going to be slaughtered, just like the ones I had seen magically ‘disappear’ as a child. Most people believe that the way a cow produces milk for humans is as natural as a bee pollinating a flower. The majority of dairy food consumers don’t realise that these cows are typically artificially impregnated each year for humans to remove the young and consume their milk. Denied their mothers and their right to life, the fate of the calves born to dairy cows is one of the dairy industry’s dirty secrets.

For the purpose of producing milk, cows need to be kept continually pregnant and give birth, but once their calves are born there is no further use for many of them. They are treated as mere waste products, with little or no attention given to their welfare. Shockingly, there are around two million calves killed soon after birth every year in New Zealand, however the statistics are expected to rise even further with Mycobacterium bovis being prevalent across the country.

This was the fate which rested on the four-day-old babies who were due to be packed onto the back of a bobby calf truck that day, even before their mothers gave birth to them. But not the ones Jasmine and my husband and I rescued. They came home with us and from that day on they knew nothing but love.

Looking to the Future

Today, I voluntarily manage Te Paranui Farm Sanctuary, which is part of a vegan permaculture homestead. We opened the sanctuary in memory of Colin, one of the calves we rescued that day. Sadly he passed away from unknown causes at eight months old.

We were all heartbroken, but he lived a beautiful life in safety, growing up around his best friend and fellow rescue calf, Theodore. Being around Theo and Colin really helped me to heal and in the past 16 months I have rescued 21 beautiful souls, from cows and calves to sheep, goats and hens. Not one situation is ever the same; the animals seem to come into my life as if it was fate. Every rescue I have been involved in has held their own unique place in my heart, but the strongest bond I have is with Theodore. He is 18 months old now and so big! He’s amazing, I love him so much.

My goal is to protect farm animals from cruelty, to inspire change in the way society views and treats animals, and to promote compassionate vegan living. I want to encourage a new awareness and understanding about farm animals. To educate people about the plight of farm animals and the negative impacts of factory farming on health, the environment and social justice. My vision and hope for the future is a world where humans do not exploit non-human animals. A world where animals are free to exist in their own right. A world in which humans embrace a vegan ethic and practice compassion and respect for all species. Whether they are as small as an ant or as big as an elephant, they ALL matter in this world. And I want to help society get to that place.

To those of you reading this who still eat meat, I encourage you to think about this – how do you ‘humanely’ kill a living being who DOES NOT WANT TO DIE, and is not deathly ill or suffering? In what way is it benevolent or compassionate to kill a being who wants to live for our personal gain? Having been inside a slaughterhouse and seen what goes on there for myself, I can tell you it is so much worse then you think, yet the government still labels it as ‘humane’. The videos you see on the Cube of Truth screens are not even the worst of it. Even though I was brought up around some of the most exploitive forms of animal agriculture known to man, the things I witnessed still affected me for years.

But despite the trauma and the nightmares, no way do I regret walking through those slaughterhouse doors, because it made me who I am today. I’ll be forever thankful to those beautiful souls who changed my life on those fateful days. They are the reason I’m vegan’.

You can also support the Sanctuary from wherever you are in the world, by donating to their Give a Little fundraiser. 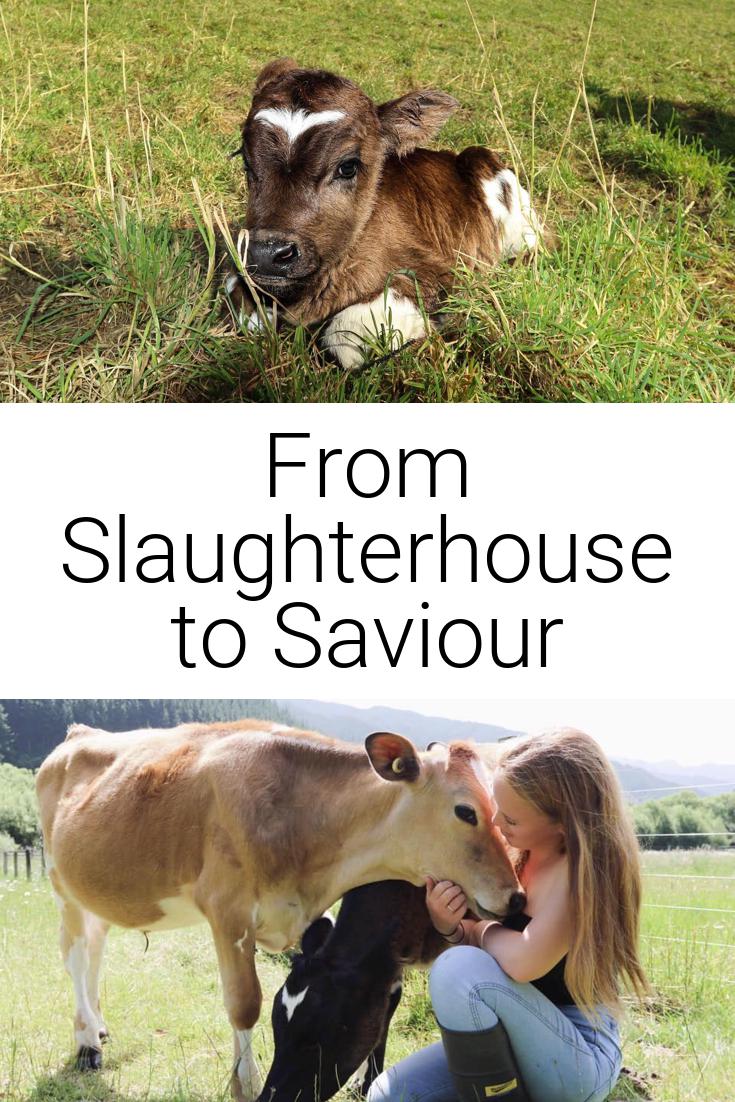