Home Uncategorized Q: How can the vegan juggernaut be stopped? A: It can’t. 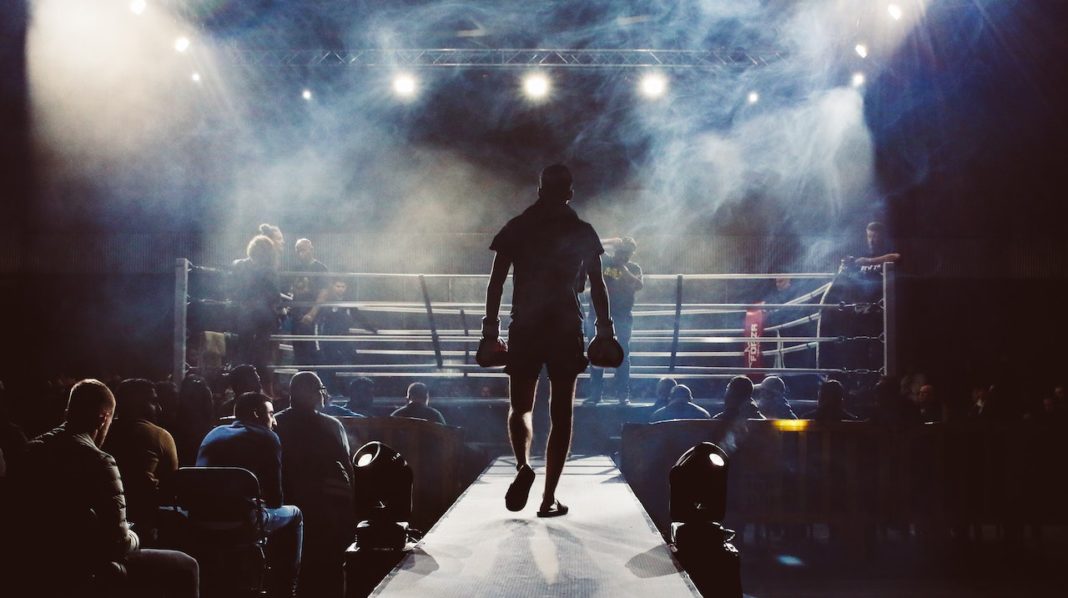 In the grand scheme of heaven and earth and all things in-between, Vegans don’t get a whole lot of love – except from other Vegans. Shocking, I know! Rocking the boat of conventional behaviour and habits is scary, and Vegans get a good ol’ growling at for it, more than they get cheered on. Somehow, though, the vegan juggernaut keeps on coming on. We Vegans don’t even all agree with each other over on how veganism should be practised; disagreement being one conventional human behaviour we can safely put money on, no matter who we are, or what we believe in. But if we didn’t disagree, what would ever change, or be created? In spite of we Vegans being mundanely human in that we don’t always agree with each other, the vegan juggernaut keeps moving steadily ever onwards. It will take more than a bit of argy-bargy amongst us to stop it now.

A couple of weeks ago, Shane Jones, the regional economic development minister, declared that “Veganism needs to be stopped in its tracks”. I expect that would have given the word ‘veganism’ a surge in Google searches. Not the kind of gift one would expect from a New Zealand First politician, the staunch bastions they are of not changing anything, so cheers for that, mate. Winston Peters, New Zealand First’s inglorious head, once publicly stated that veganism sounded like a miserable existence. Can’t say that I’ve ever noticed non-Vegans being exceptionally happy, just because they eat animals. They sure as heck don’t look very happy in the hospitals, where they’re over-represented in the category of chronic illnesses. I’ll admit that eating out when one is a part of the status quo is somewhat easier, and that can make the occasion more relaxing and fun (although, eating out as a Vegan is becoming a whole lot easier, too). However, being a part of the status quo is not always a happy, relaxed, or fun place, just because animals get eaten there. Add to that this thing called the vegan juggernaut making inroads into it, and it’s getting even less happy for the carnists trying to cling onto the old order.

This is giving Shane Jones and his ilk conniptions. They’re squirming with the discomfort of it, so they do what we all do when we’re uncomfortable – they try and stop it. “This notion of veganism and almond powder or something akin to that is going to replace genuine red meat, genuine dairy milk, it needs to be stopped in its tracks. We should not tolerate, we should not acquiesce for one inch of the political journey with these people who are continuing to stigmatise and demonise our legacy industries, and I don’t care if I sound politically backward saying that,” Shane staunchly declares. Well, Shane, the “legacy industry” ship is already sailing away, so yeah, you do sound politically backwards. No point thumping the table about it, though – you’ll just give yourself a sore hand.

Veganism may be making Shane and his “legacy industry” supporters squirm, but what makes me squirm is their (learned) casual callousness towards living, breathing sentient beings. To them, the sentient beings that make up this legacy industry are just economic units, things that make the country money, things to be used and traded as commodities. Shane and co. have shut down an essential piece of their humanity, and that gives me a very uneasy feeling in the pit of my stomach.

Even though the vegan juggernaut is constantly gaining ground, we can still sometimes wonder “where the bloody hell are ya?” when we witness the ongoing intentional atrocities to farmed and harvested animals day after day. There’s still much work to be done to keep that juggernaut stoked up and steadily moving. We Vegans may lose sight of it now and then, but Shane Jones sees it very clearly.

It looms pretty big in his, and in other carnists’ worlds. They can feel it getting ever closer, too, if the kind of things written about Vegans is anything to go by. How many times, for example, do we read a nutritionist or dietician warning about the ‘dangers’ of a vegan diet, whilst extolling the virtues of animal-meat and dairy? The media personalities who (are paid to) write and talk drivel about veganism? Politicians who tell us how much farmers are suffering? Farmers who tell Joaquin Phoenix how much he hurt their feelings with his Oscars’ speech, and what he said is just not true. Even though it is.

There’s nothing like seeing one’s livelihood threatened by the new vegan order, to bring out the vegan-bashing. Vegan-bashing ranges from being irksome to us, to being downright dangerous, but one thing remains consistent – the vegan-bashers are only bashing because they’re scared.

Yep – to them the vegan juggernaut is a real, live, huge monster. To Vegans, it’s still only a baby.

Q: how can the vegan juggernaut be stopped? A: it can’t. 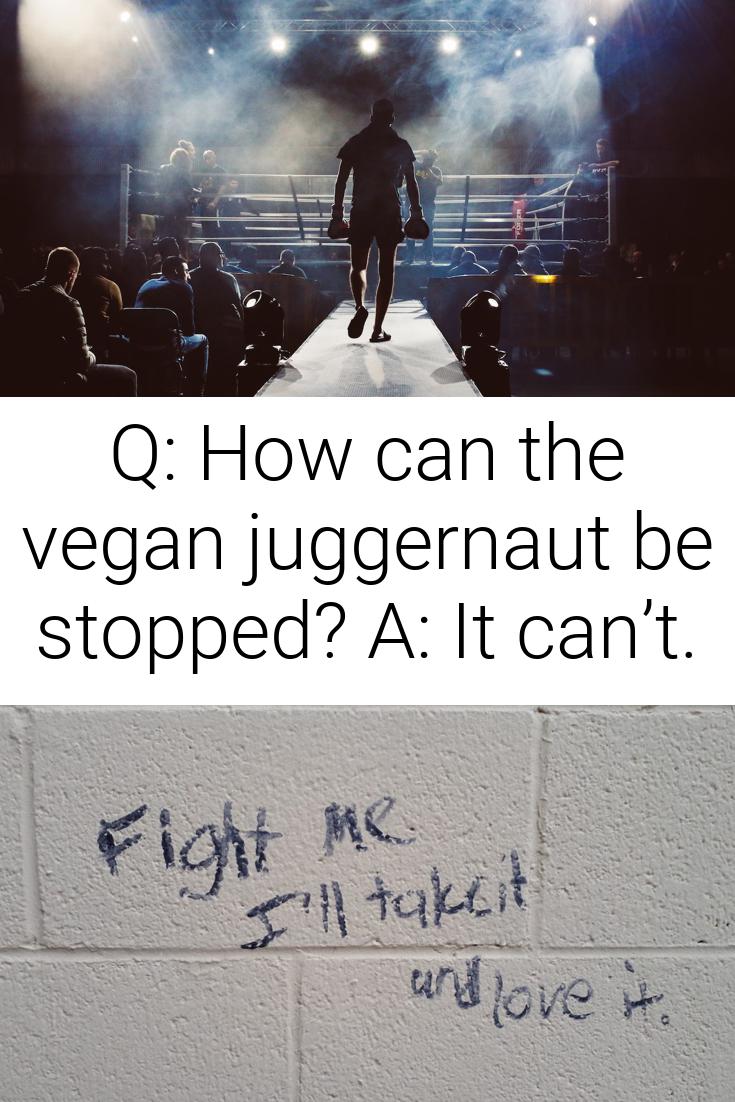