With the coronavirus pandemic putting strain on many businesses, bullfighting in Spain has also been affected and bullfighters are asking the government for a €700 million bailout to save the ‘sport’.

Because Spain is on lockdown until April 12th, people are not allowed to gather in large crowds, so many sports events have been postponed or canceled, including bullfighting events.

A letter was sent to the culture minister José Manuel Rodríguez Uribes from many organizations promoting bullfighting asking for the €700 million for ticket refunds, to pay Matador’s wages, and cover vet bills.

While it is unclear whether or not the government will give bullfighters the payment they are asking for, Uribes has angered animal rights activists by reportedly hoping to resolve the situation.

“They say they lost €700m. I guess that’s what they are looking for. But there’s no confirmation from the government on what they will do.

In a moment in which the rest of Spain is giving its all to help each other, the bullfighting world is thinking on how to get money from us to help themselves.

The business of torturing animals for entertainment should never get public funding, much less now when the health system and helping the most needy should be the priority.”

There is currently a petition out to demand for the Spanish government to deny them this payment. 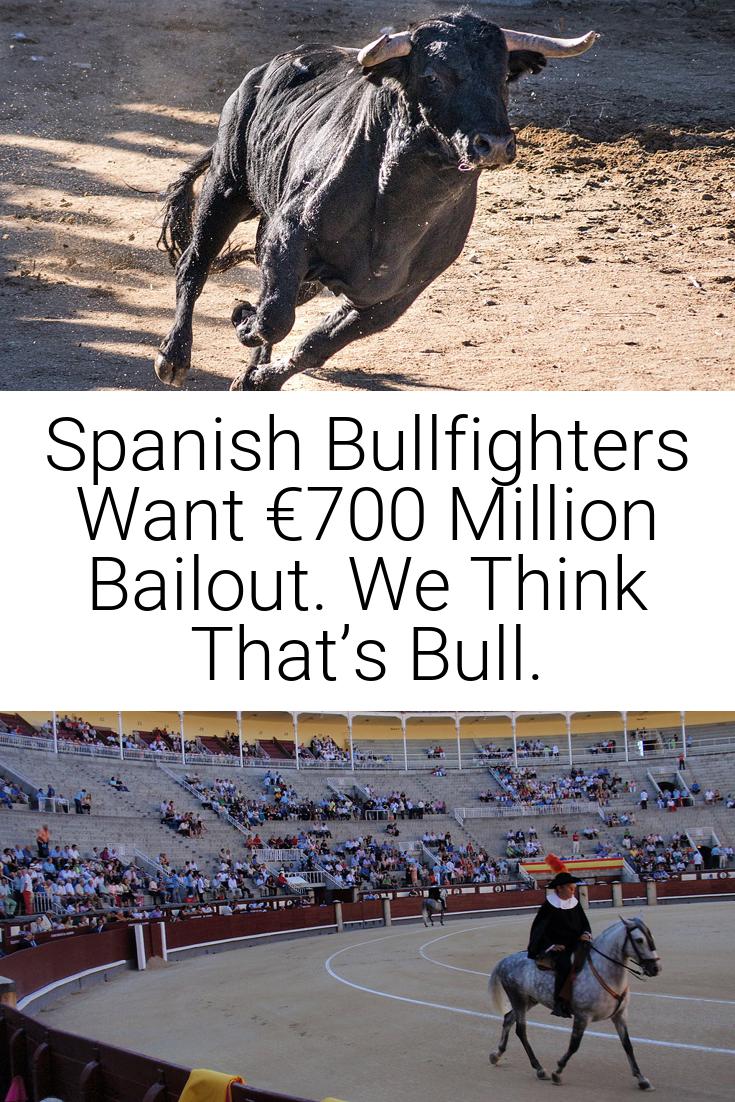