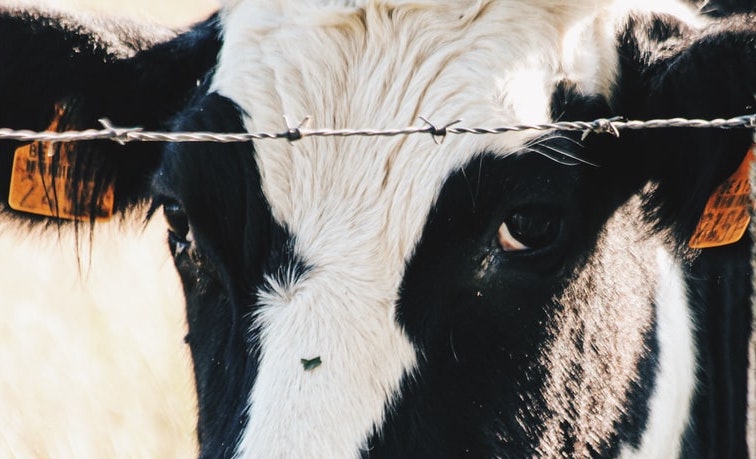 I know violence isn’t good. In fact, I hate gratuitous violence. A boxing match, for example, repulses me. Even worse, it bores me. Yet, sometimes I feel like taking up a length of 4×2 wood (don’t know what that is in metrics) and ‘educating’ non-vegans with it. I know that’s un-PC, and un-everything that Vegans stand for, but what can I say? I’m a damned and damaged Boomer. I grew up in a family of six tough and rambunctious kids, and a world where boys got caned at school. Girls didn’t get the cane, but I got the odd rap across the knuckles with a ruler. Rest assured, though, that the 4×2 feeling is fleeting, and only symbolic of frustration – and my damaged youth. Encouraging a change of consciousness about how animals are viewed is generally a better long-term strategy.  Sometimes, though, pressure has to be applied to achieve that change of consciousness – just maybe not by the 4×2 pressure.

Most of know about Dr Mike Joy and his outspokenness regarding the declining state of NZ’s waterways, due to our land being over-farmed. Dr Joy, described by school teachers as “most likely to fail”, has certainly been failing the status quo big time, even though he’s a Boomer (just had to put that in there, because, you know, #notallboomers). His latest ‘fail’ is to set up what I’d describe as pressure group, along with some colleagues, called the Better Futures Forum, to force environmental change for the better, by targeting both government and local bodies. He recently announced this on his Facebook page, to much acclaim. Those who had skills which would be valuable to this project, and wanted to be a part of it on a volunteer basis, were invited to let him know. A truckload of people put their hands up.

Great stuff, of course. But my cynicism tells me to put my money on most of those people wanting things to change, but not wanting to change themselves. I decided to test it, and politely put a question to Dr Joy’s followers – because these days I don’t usually start my comments with “listen up you dumb f*****rs”. Along with the 4×2, I’ve (mostly) retired that. Instead my question went something like this –

Me: “Improving the environment means having fewer farmed animals on the land, therefore fewer animals to eat. Are people prepared to change how and what they eat for a better environment, do you think?”

Replier #1: “There’s a big difference between dairying and beef farming. Dairying is the real problem. We only need to reduce dairying.”

Me: “Dairy cows go to the slaughterhouse after three to five years, or sooner if their usefulness has expired. They end up in the food supply. If we reduce the dairy herd, we also reduce the meat supply as well. Are you okay with that? Are you prepared to reduce the amount of meat available for you to eat?”

Replier #2: “It’s raising animals for export that’s the problem, so we just need to stop that. We don’t have to change how we eat, we just have to stop producing meat for export.”

Me: “If we stop, or even reduce exports, that means that the price of meat will skyrocket, because farmers will need to make up for the shortfall in cash. In turn, that will mean that only those well-off enough will be able to afford animal-meat. That will make those who can’t afford it feel as though they’re missing out, and suffering from not having it. Animal-meat will be something that is considered a luxury item, and aspired to, like it used to be. Other valuable sources of protein, with a wider range of additional nutrients, will be erroneously considered second-class. If we all change how we eat, and put more emphasis on valuing plant protein instead, we could circumvent that.”

That’s the precis of how things went, and I’m aware that my own knowledge isn’t extensive, nor expressed that well. However, it showed me what I thought – that people are keen for things to change, but they themselves don’t want to change. When it comes to what they eat, they REALLY don’t want to change. My observation of people, from having been on this planet for a while now (did I mention that I’m a Boomer?), is that they may be willing to change almost anything about their lifestyle, except what they eat.

Forcing changes can work, but the best long-term results come about with a change of consciousness alongside it. Otherwise, people revert to what they were doing as soon as they can. I’m not convinced that all those who put up their hand to volunteer in Dr Joy and his colleagues’ project are ready for the change of consciousness required. I.e. will they drop out when they realise they may have to change what and how they eat, to align with their values?

This project could be a place for Vegans with the appropriate skills to have a voice in, if anyone’s keen for that. However, working with non-vegans on issues around food and the environment can be a bit fraught, so better leave the 4×2 behind. 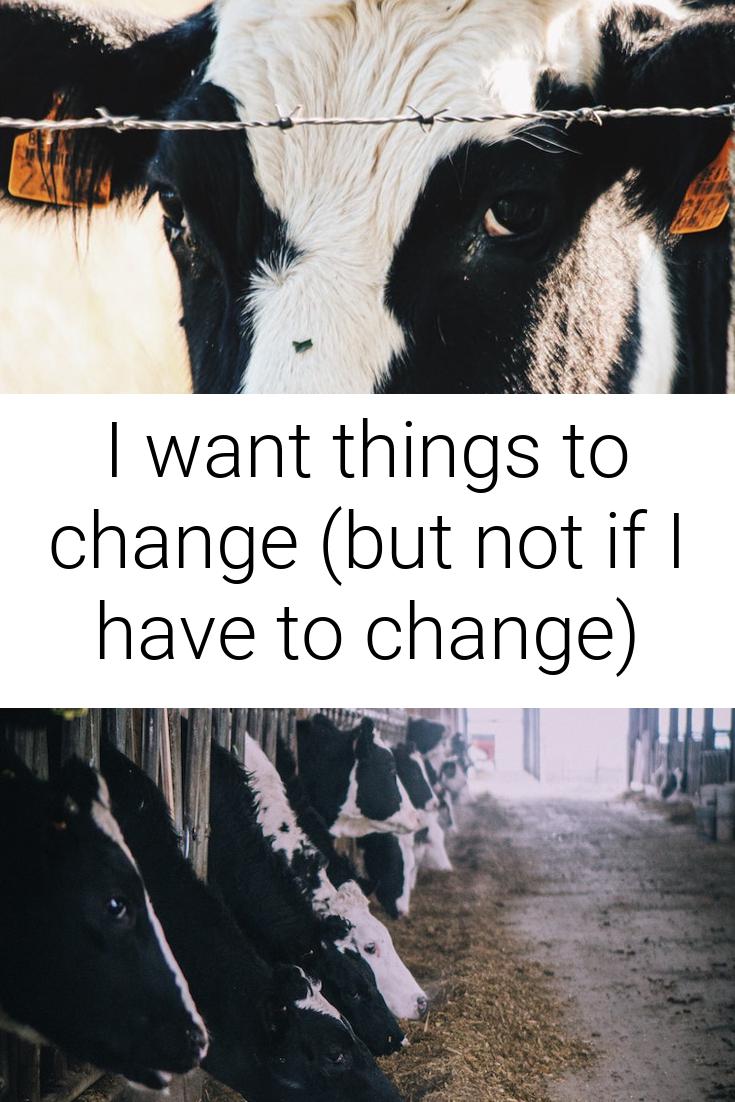