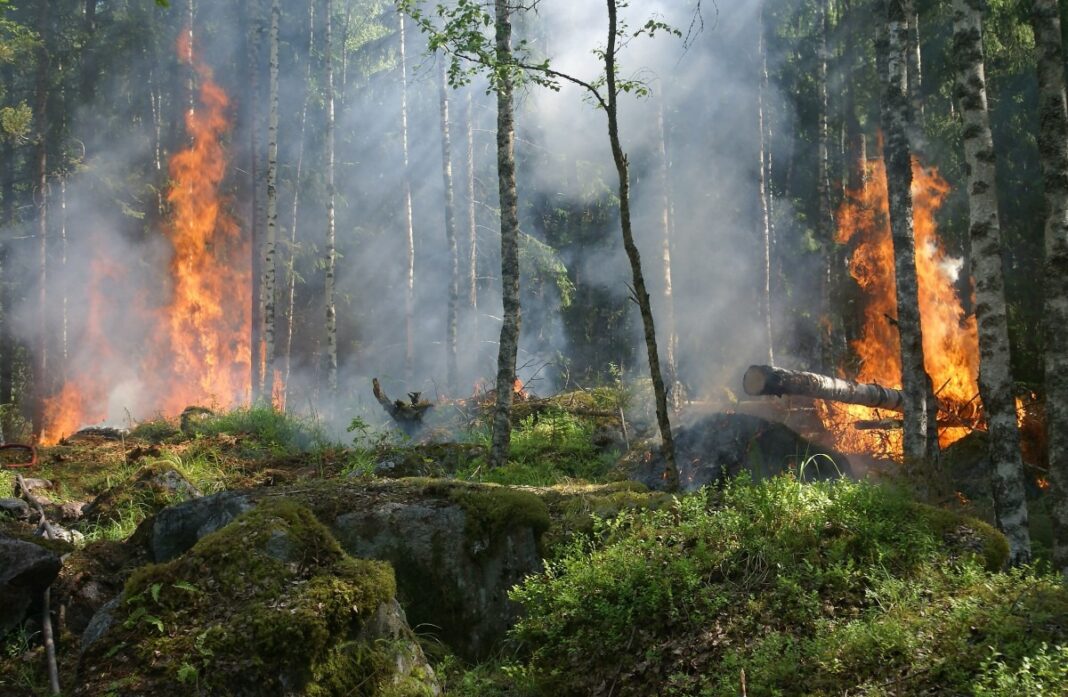 This article was first published by Charlotte Allan here.

The modern day human relationship with our environment has created mass destruction and species extinction across the globe; the very existence of our race is a threat to the rest of the planet’s creation. We exploit the animal kingdom and the Earth herself for natural resources with giving nothing back, instead it seems there is no limit to human greed and ignorance. As ordinary members of society who rely on powerful organisations for daily necessities we feel helpless about the environmental impact of our lives, and at the same time we’re fearful of the ever changing climate and of ecological disasters.

Many of us feel a great sense of urgency to help save the planet from further biological doom but we also feel as though it’s out of our control, causing us to suffer every time we see a catastrophic event sweep over the world. A few recent examples include the Australian bushfires that destroyed more than 11 million hectares of land and killed over 1 billion animals. The level of damage was fuelled by record-breaking temperatures and months of severe drought, a side effect of human induced climate change. At the same time we witnessed man-made fires rage across the Amazon rainforest — a precious supply of the oxygen we breathe and home to three million different species of plant and animal, and also home to indigenous tribes — for the sole purpose of clearing land to rear livestock and grow feed. This devastating “slash-and-burn” practice is occurring in forests across Thailand right now as I write this, threatening more plant, animal and human life. The very fact that we are destroying the earth for the purpose of animal agriculture, which is the biggest contributor to climate change (and climate change in itself is a threat to both human, animal and plant life) is utterly insane. We are killing millions of wild animals in order to breed millions of animals for us to then kill and eat — an unnecessarily destructive and immoral cycle of behaviour, and the ONLY reason this is happening is because of the choices we make as a consumers. Every time we buy an animal-based product, whether that’s meat, a box of eggs, a packet of cheese or a pint of cow’s milk, we are literally paying for the earth to burn down.

The majority of people claim to care about the planet and have deep respect for nature, ignorant to the fact that animals are also part of our world and have a right to be here as much as us. Every time we see a forest ablaze or millions of tons of plastic being dumped into the ocean, we still fail to make the connection between earth, animal and human life. We go plastic-free to save fish, yet still eat fish, or we donate money to organisations such as World Land Trust to plant more trees, yet we eat the cows that were farmed in the area that was once a rainforest. We take life whether in the form of animal or earth, in order to take more life, and for what? Taste? Tradition? It’s time for the human race to fully accept the fact that animal agriculture is destroying our planet; it’s the leading cause of climate change and deforestation and it’s also depleting other natural resources at alarming rates.

If you believe yourself to care about the environment yet still consume animal products then I hope these facts will serve as a wake-up call:

Water — Just one pound of beef uses up a staggering 1,799 gallons of water and one litre of cow’s milk uses 1020 gallons. In comparison the water footprint of soybeans is 216 gallons and corn is 108 gallons, so it’s no surprise to learn that two-thirds of all the fresh water in the world is used exclusively for animal agriculture.

Food — 70% of the world’s grain is fed to farmed animals; it takes 16 pounds of grain to produce just 1 pound of meat, and fish bred on fish farms are fed 5 pounds of wild-caught fish to produce just 1 pound of farmed fish. Land animals bred for meat consume a quantity of food equal to the caloric needs of 8.7 billion people — more than the entire human population on Earth, and yet over one billion people are starving.

Land — Livestock covers 45% of the habitual land on the planet and 80% of rainforest destruction is due to animal agriculture. Seven football fields’ worth of land is bulldozed every single minute — just to clear space for more cattle and their feed, resulting in the loss of innumerable plant species of which most are vital to the world’s oxygen supply.

Air & water pollution — Animal agriculture emits 18 % of greenhouse gases into the air each year; more than all transportation in the world combined (which accounts for 13%). It’s responsible for more than 32 billion tons of carbon dioxide and 65% of nitrous oxide emissions (every year), and 150 billion gallons a day of methane, a gas proven to be nearly 25 times more dangerous than CO2. Farmed animals produce approximately 130 times as much excrement as the entire human population, causing more waterway pollution than all other industrial sources combined, and when the cesspools holding tons of urine and faeces get full, liquid manure is sprayed into the air, creating mists that are carried away by the wind.

Ocean dead zones — The rising atmospheric temperature (thanks to animal agriculture) is raising global ocean temperatures leading to widespread coral bleaching which slows coral growth, making them susceptible to disease and leading to large-scale reef die-off. Livestock excrement also finds its ways into the ocean during waste disposal, leaking dangerous gases such as ammonia and carbon dioxide into the atmosphere, which increases the acidity of the ocean and reduces the level of oxygen, damaging marine life. Scientists predict that the ocean temperatures will continue to rise and by 2048 the oceans will be fishless.

Species extinction — Scientists have confirmed that human activities such as animal agriculture — have brought about the sixth mass extinction, a biodiversity crisis that has wiped out 60% of mammals, birds, fish and reptiles since 1970 and this human inflicted massacre is a threat to even our own survival.

None of us are powerless when it comes to protecting the environment and we all have a duty of care toward the life-force that sustains us. Our very survival depends on the wellbeing of nature and our ecosystems, and whilst we can’t deny that many other industries inflict harm, the evidence is clear that animal agriculture causes more devastation than any other. It’s reckless and idiotic to treat our planet and our animal companions in a way that endangers even our very own existence; if Earth is not well then we are not well, and the time has come for us to meet her needs so she can heal. The only way we can guarantee a future for our children and grandchildren is to make better choices as individuals and the way of least harm is to stop consuming animal products and adopt a plant based diet instead.

For help and support visit:

If you enjoyed this article please check out more of Charlotte’s work on her Medium.com page! 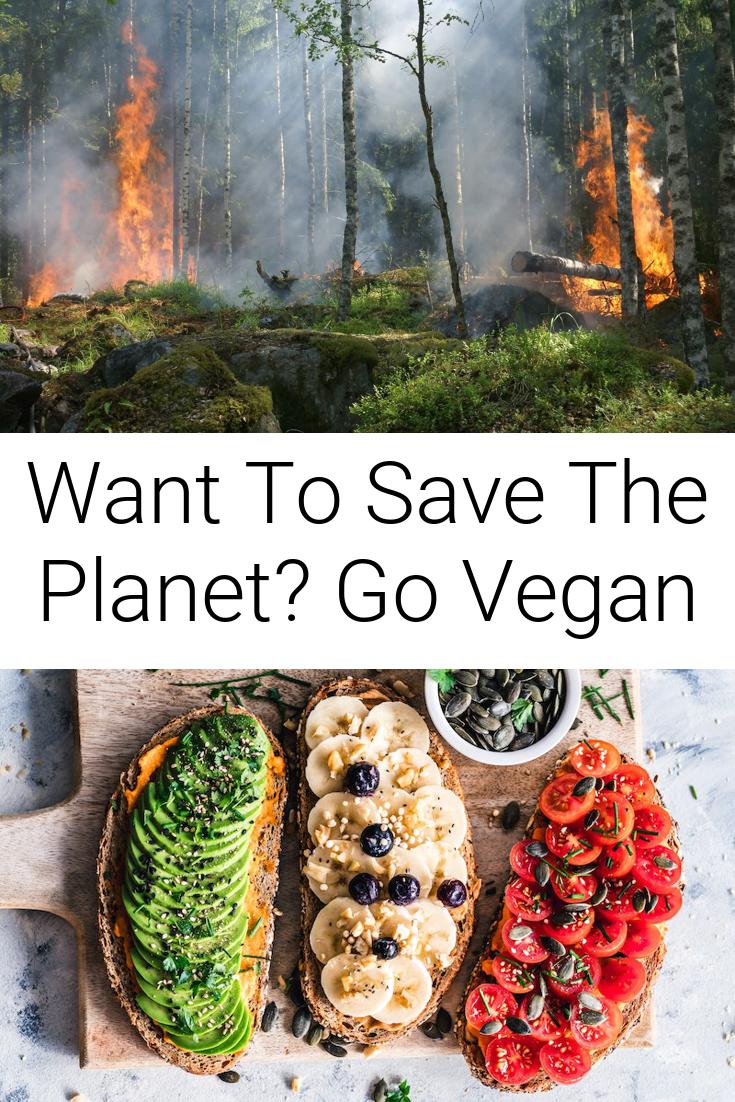