Traditionally China has required all cosmetics to be tested on animals prior to being sold. But a new regulation has just been released that indicates they may no longer be requiring animal testing on imported ‘ordinary’ cosmetics.

Humane Society International said that “Effective Jan. 1, 2021, imported ordinary cosmetics such as shampoo, blusher, mascara and perfume may no longer have to be animal tested for eye and skin irritation in Chinese laboratories.”

These regulations are not yet in place, but provide some indication of the direction that policy will go in the future. If they pass the public review process then they will go into effect in January 2021.

‘Ordinary’ cosmetics are the vast majority of beauty and personal care products sold including things like shampoos, makeup, and perfumes.

Unfortunately though even if the regulation passes they will still require animal testing on ‘special cosmetics’ which include things like hair coloring, sun protection, and products for children.

Also while this would be a huge step in reducing animal testing it would also not prevent post-market testing.

“The signals are very strong, there’s no reason to believe we’re not on that trajectory,” said Troy Seidle, VP of research and toxicology at HSI. “Although the concern doesn’t go away entirely, the relative amount of progress if we look at the numbers we can calculate when this goes through and companies have an alternative to the mandatory pre-market testing, it is a significant step toward cosmetics in China.…It’s a big deal.”

If it passes it could provide a substantial boost in revenue for cruelty-free beauty products that are unable to sell in China currently and would save the lives of around 120,000 rabbits every year. It could also push a lot of companies towards making their products cruelty-free worldwide since they would no longer be required to test on animals to bring the majority of their products to the world market.

Hopefully one day animal testing will be banned across all countries for all products, but at least this is some progress in that direction.

Learn more about rabbits in laboratories and how you can help make a difference. 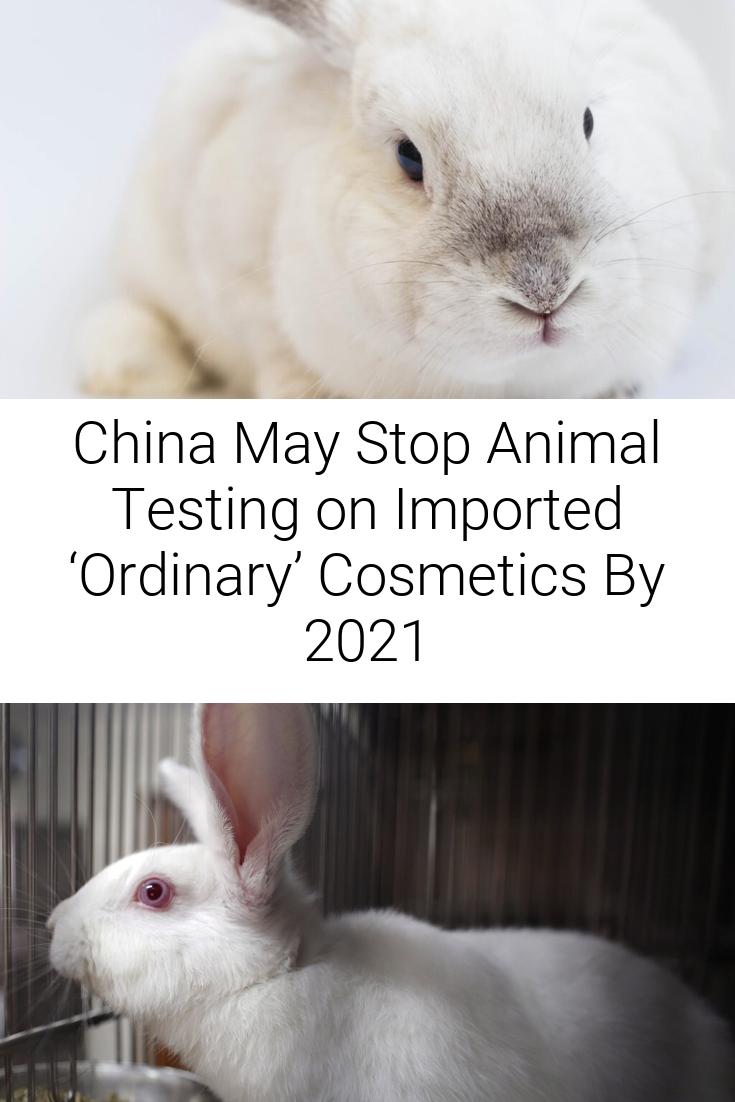