Patrik Baboumian aka the world’s strongest vegan, is known and loved worldwide for his astounding strength, numerous awards, and for his appearance in The Game Changers.

What many of his fans don’t know is that Patrik became vegan in 2011 not for health reasons, but for the animals. His compassion is every bit as enormous as his strength.

Another recent surprise to many fans is the Patrik has been a long-time fan of superhero stories, and for the last four years he has been working on an animal-rights themed superhero or rather anti-superhero story, Earthraiser.

Originally Earthraiser was written as a screenplay to be turned into a film, but after working on it for several years Patrik decided to team up with artist David Padilla to present it to the world as a graphic novel.

“I was always a bit disappointed that there was no popular comic book with an animal rights theme and a badass hero with fantastic powers, Patrik explains on his kickstarter campaign, “…the animals deserve a hero powerful enough to create real change and that is only possible by appealing to a broad audience.”

“What if there were a hero whose superpower (rather his curse) was that he would inadvertently feel the suffering of others as if it was his own.”

There are only 48 hours left to help support Patrik in reaching his kickstarter goals, so if you’re interested then check it out ASAP!

“When we work together we can create something that none of could have have done on their own. Every single one of us has the power to change everything.”

Watch the interview we had recently with Patrik from our Activist Series: 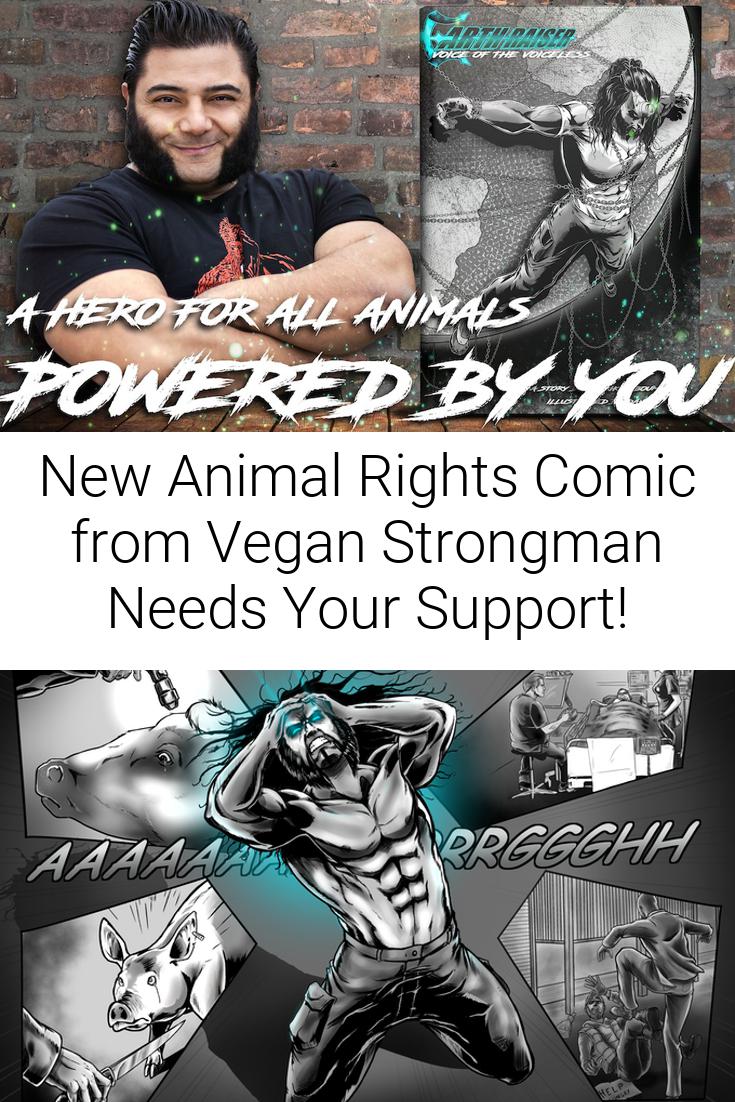