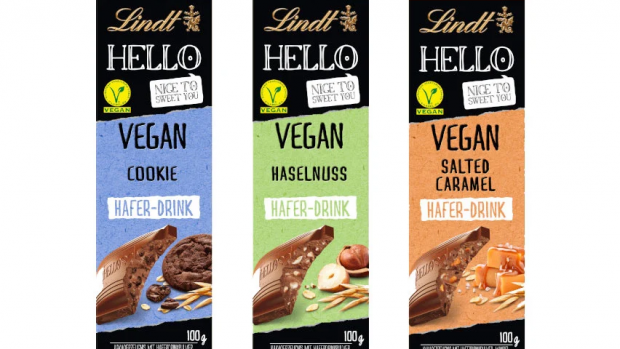 The first three flavors to launch will be Cookie, Salted Caramel, and Hazelnut and will retail for €2.99.  Unfortunately they will not be launching vegan oat milk versions of their truffles.

They are first launching in Germany as part of their HELLO brand and will be using recyclable packaging.  Hopefully the launch will be a success and they will decide to expand globally, but no word on that yet.

Is Vegan Milk Chocolate the Future of Chocolate?

Many chocolate companies have been creating and/or announcing plans to sell vegan milk chocolates in the future.

Cadbury announced last February that they have a vegan milk chocolate  bar in development.

Even Trader Joe’s in the US is currently working on a vegan almond milk chocolate bar to bring to market soon.

The world is changing and apparently chocolate companies are waking up to the need to change with the times.