I’m furious.  I’ve been furious for the last couple of days.  Ever since the ship carrying nearly six thousand cows from New Zealand, to a destination thousands of kilometres away, capsized at sea. Furious about six thousand living beings drowning whilst trapped in pens inside the ship, with no hope of escape.  I know I should wait until I’ve calmed down before having a say about this, but it’s been two days and I’m no nearer that state yet.  The emotional devastation and anger just won’t die quietly, much like I imagine the terrified cows didn’t as they were turned upside down, and the water that eventually drowned them started coming in. So, to heck with it – I’m having a rant!

I will spare a thought, too for the human lives lost.  Whilst they chose to be there, unlike the cows, it will be no less devasting to their family and friends.

However, I spare no thought for them who sent all those other souls on an ill-fated journey, regardless of whether this particular accident was foreseeable, or not.  I hope their financial losses are huge.  Although insurance may cover the loss of their ‘goods’, I don’t know if the cows’ bodies will actually need to be sighted and accounted for to get compensation.  For example, during the out-of-control fires in Australia last year, farmers were advised to lock their animals in their paddocks, rather than set them free in order to have a chance of survival.  That way, the bodies could be counted and insurance could be claimed.  I don’t know if all farmers did this, but amongst those who did there will have been the ‘nice’ ones who “love their animals”.  So, no – I don’t cry for farmers’ financial losses.  Those who appropriate and plunder the lives of trillions of sentient beings across the earth and oceans each year for a living, in order to feed the callous indulgence of humans’ taste choice – and who have just as much blood on their hands as willing participants in this – get no sympathy from me for any financial misfortunes.

There are many small towns with populations of six thousand inhabitants, or fewer – can you imagine rounding them all up and putting them in pens in a ship’s hold, to be transported thousands of kilometres away?  Oh wait – that used to be done, but was outlawed.  We humans can still be pretty blasé about the suffering of other humans we’re not personally invested in, though.  I realise that we’ve all only got so many f*cks to give, but I maintain that the more we look after non-human beings, the more we will look after human beings.  There’s an interconnection there that can’t be denied.

New Zealand banned live sheep exports in 2003, and live cattle exports four years later.  These bans were implemented partly due to pressure from animal rights’ groups, and partly due to the absolute horror conditions that animals were shipped in, and their treatment upon landing.  The increasing publicity these were getting was bad for the New Zealand brand.  The atrocities culminated in Saudi Arabia who rejected a shipment of 57,000 sheep in 2003, and the resulting living nightmare for these animals being made public, after an already nightmare journey, wasn’t good for the brand.  Maybe there was a little sympathy for the animals, but maintaining the integrity of the brand got no little consideration either.

But there is a loophole in the live cattle exports ban.  Cattle can be exported for breeding purposes, hence six thousand cows being shipped off to the Gulf, which has close to zero animal welfare laws, under the guise of being breeding stock.  It’s a sham.  Everyone knows it’s a sham, but has the law been changed to prevent exploiting this loophole?  You got it – no, because it suits too many people’s pockets.  Naturally, there are the usual lame justifications of there being veterinary supervision before and during the sea trip to ensure the animals are all hunky-dory.  That might fool the general public, but we Vegans know that the primary job of these vets is only to ensure that the goods arrive in saleable condition.  I can’t help but ask myself the question “are these ships’ vets professional people at the top of their game, or are their circumstances somewhat less than that?”

The Ministry of Primary Industries (MPI) in New Zealand has suspended considering live export applications while it looks into the matter of nearly six thousand souls lost at sea.  There is more mention of it not being a good look for the New Zealand brand, but I’d put money on it that the loophole allowing the export of ‘breeding’ cattle won’t be closed.  Nope, the financial gains will be top consideration.  So, farmers et al, cry me a river if you want to about your supposed hardships and losses, but I cry a lot more for your dead victims. Every time.

PS: I acknowledge the long-haul, dogged work of those who get on with endeavouring to make change at a social and legislative level for animals, and who don’t have time for indulging in a rant.

This article was first published by Katrina on A B’Older Vegan. If you enjoyed this article please check out more of Katrina’s work on her site! 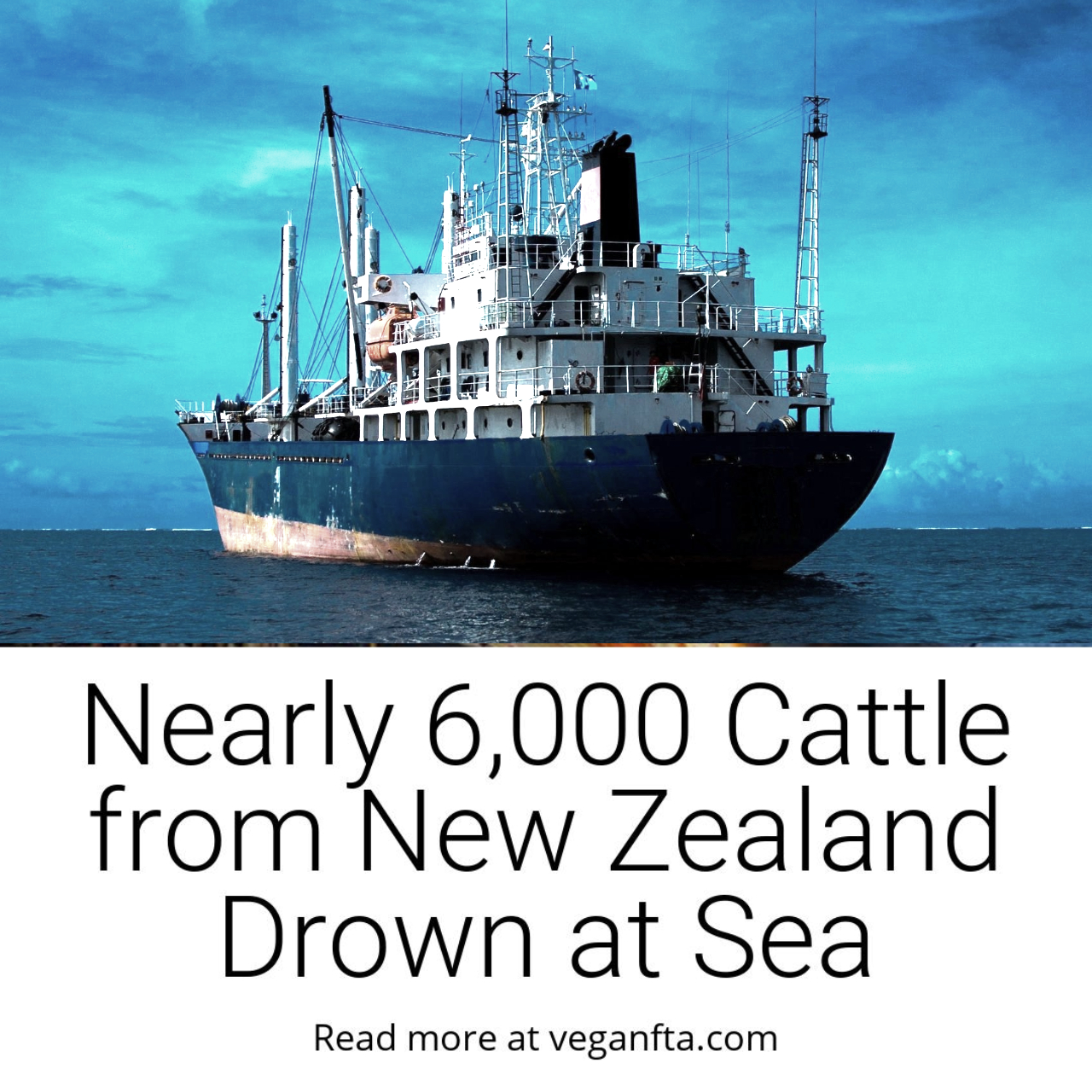 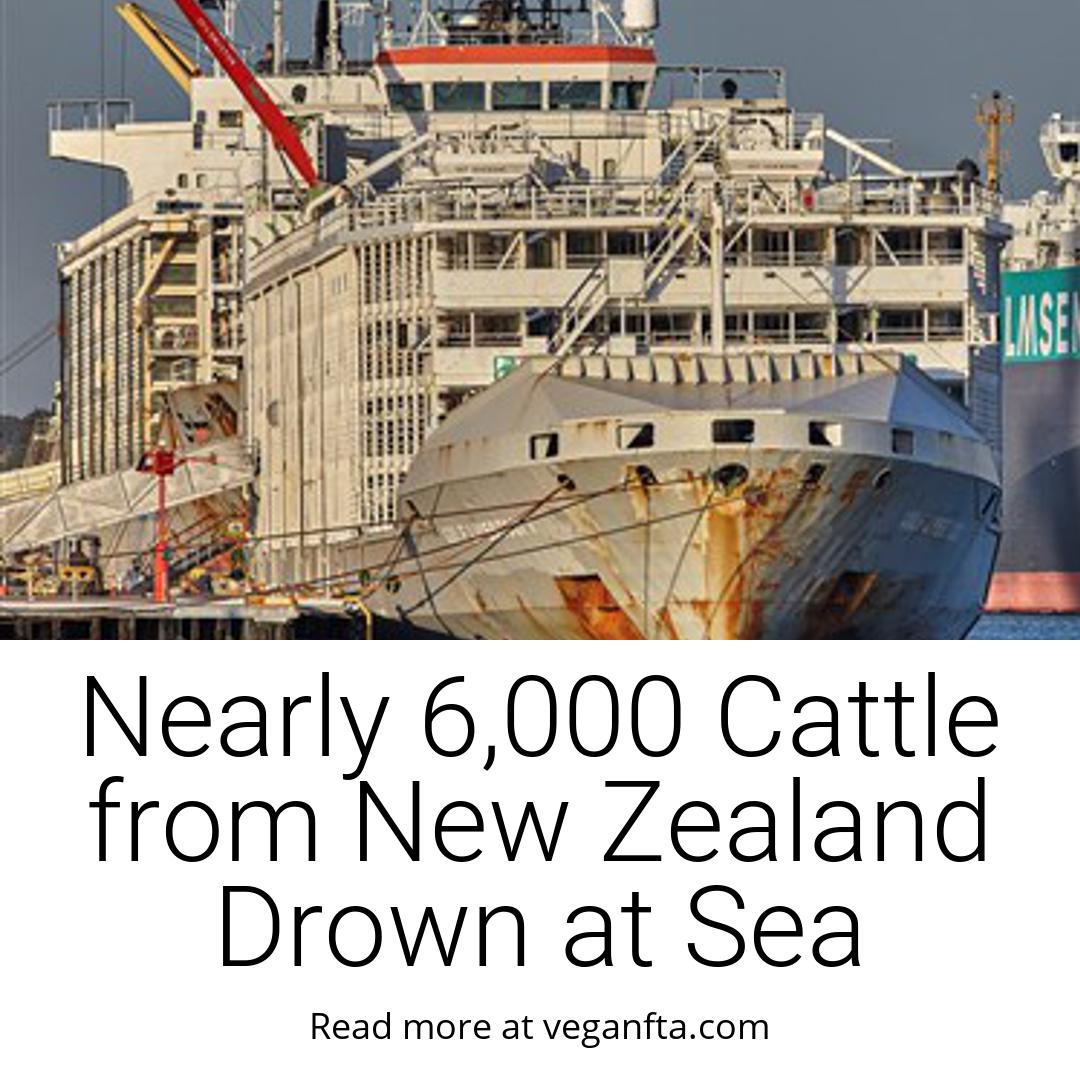 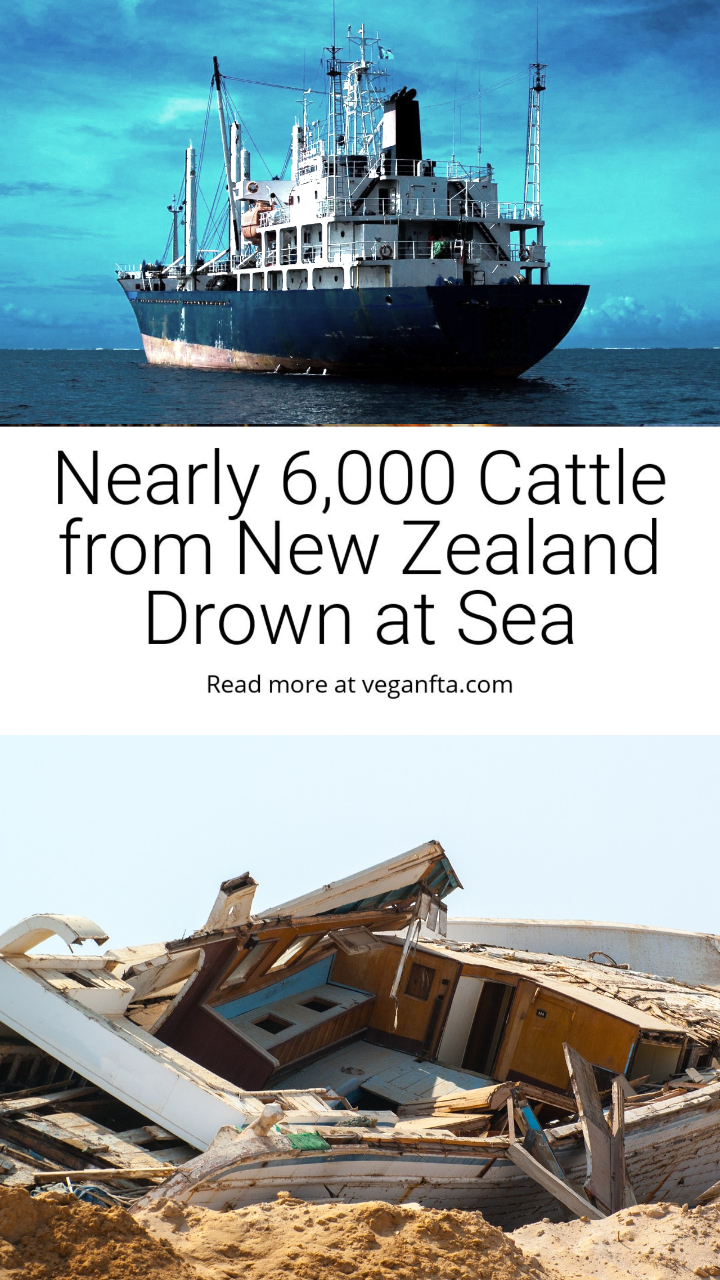