Dr Jane Goodall has recently compared factory farms to concentration camps.⁠
⁠
“If we would just stop eating all of this meat, the difference would be huge because all of these billions of farm animals, billions, kept in concentration camps to feed us, and, you know, whole environments are wiped out to grow the grain to feed them.⁠
⁠
“Masses of fossil fuel is used to get the grain to the animals, the animals to the abattoir, the meat to the table. Masses of water, which is in such short supply and drying in some areas, is used to get vegetable-to animal protein. And, finally, they’re all producing gas in their digestion and that’s methane, and that is a very virulent greenhouse gas…so there’s so much we can do as individuals… and let’s say you’re right. Let’s say there’s no hope. Well wouldn’t you rather die fighting than give up? I would, and I will.”⁠
⁠
What do you think? Do you agree with Jane Goodall?⁠
⁠
Read more about it on here: https://www.plantbasednews.org/culture/-jane-goodall-blasts-concentration-camp-factory-farms⁠ 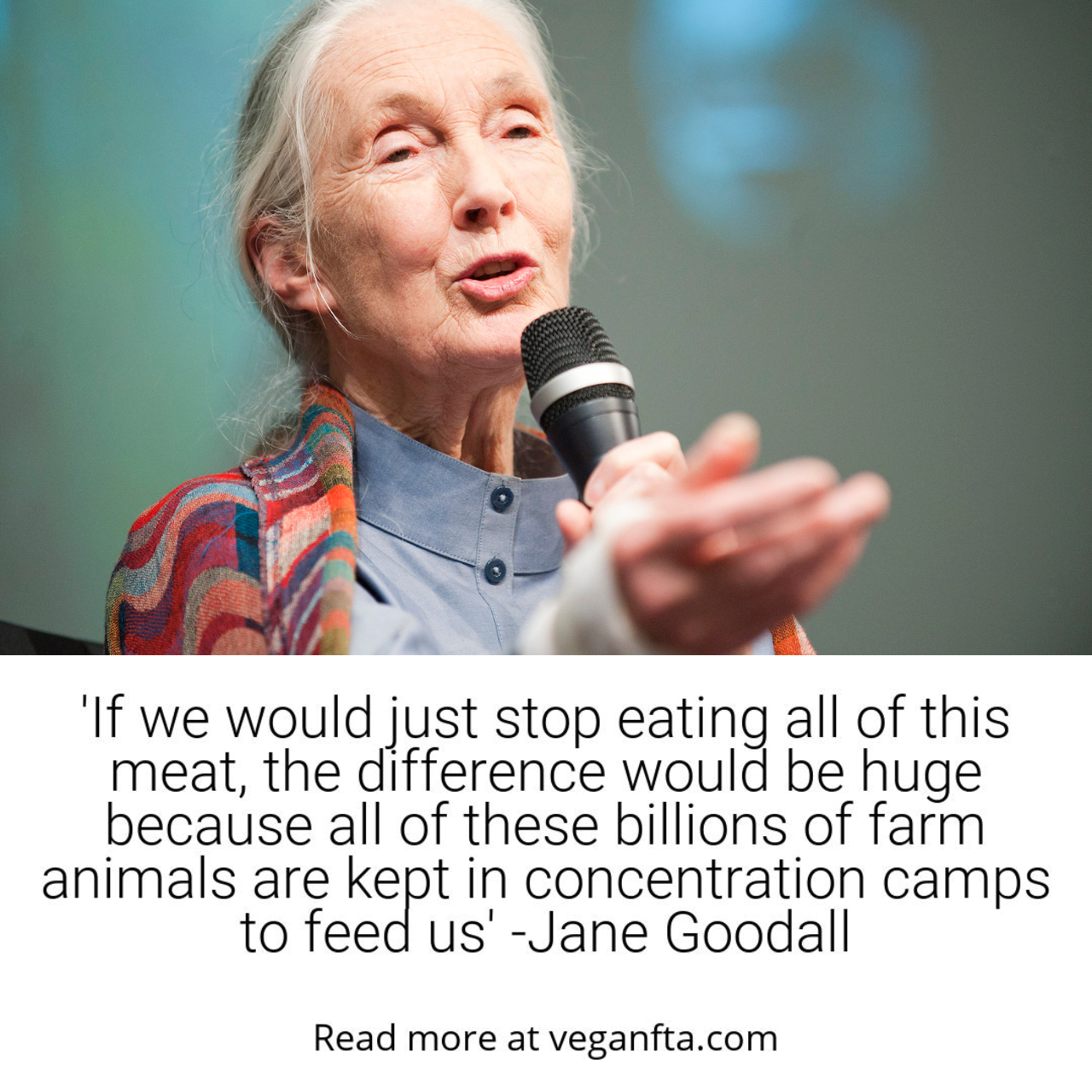