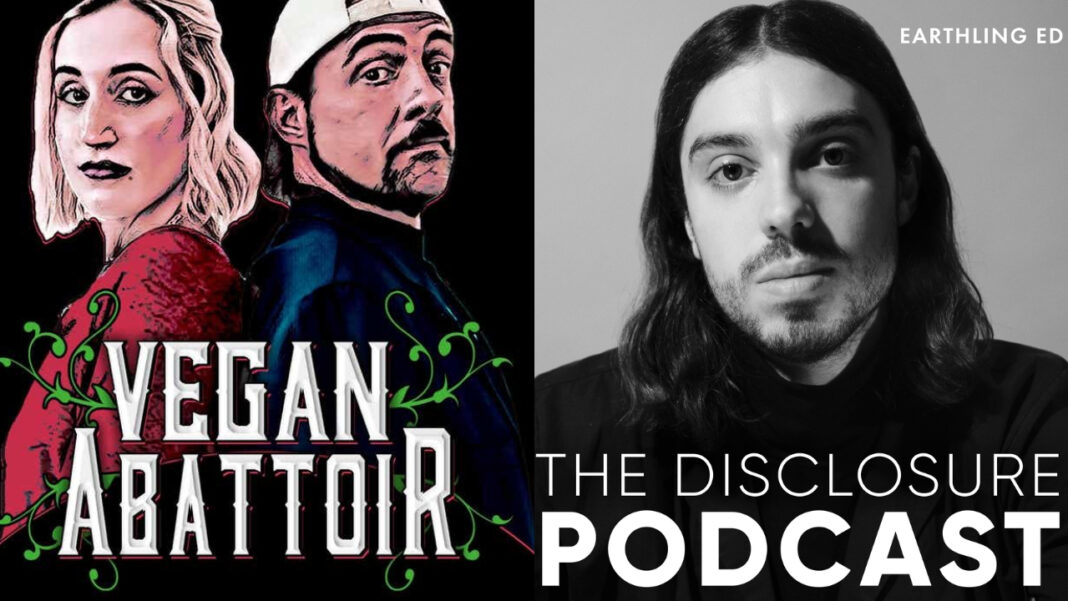 Here at Vegan FTA we LOVE listening to podcasts!  Vegan podcasts are such a great way to learn more about the movement, activism and the activists out there doing it.  Listening to podcasts is also a valuable way to remind ourselves that when we’re feeling full of despair and a vegan world seems like an impossible eternity away, there is a wealth of amazing people out there doing everything in their power to create change – and winning.  Here are some of our favourites, in no particular order.  Be sure to check them out!

If you want to treat your ears to some really in-depth discussions, the team at Animal Voices are absolute pros.  With more than a decade of podcasts under their belt, you can binge listen to your heart’s content.  It’s a fantastic educational resource, featuring many of the best known and loved big names, as well as shining a spotlight on lesser known names out there doing great work.  Definitely a favourite!

We love Earthling Ed!  And we love his podcast.  Join vegan educator, TEDx speaker and content creator Ed Winters as he explores topics surrounding veganism, morality, ethics, communication, and the environment, as well as discussing current events.  Never scared to tackle the trickiest issues, you can count on Ed to have the answers, delivered in his own unmistakeable and eloquent style.

Never one to do things by halves, popular author and vegan business coach Katrina Fox has not just one but TWO terrific podcasts on the go!  Vegan Business Talk is an informative weekly podcast featuring interviews with vegan business owners and changemakers from around the globe, as well as a round-up of vegan business news. A must-listen for all existing and would-be entrepreneurs!  More recently, Katrina has also introduced ‘Conversations with Vegan Women Leaders’, in conjunction with her Vegan Women’s Leadership Network, founded earlier this year.  This podcast is hugely inspiring and also features a guest episode from Vegan FTA’s own Jackie!

The ChickPeeps describe themselves as ‘your friendly, weekly vegan and Animal Rights podcast’ and they are certainly that. Join the team headed by Harry Potter actress, devoted activist Evanna Lynch as they explore and discuss the dilemmas faced by vegans in our quest to be more compassionate towards animals.  They’ve got humour, warmth, a fantastic range of guests and with their third season not far off in the future, now is the perfect time to catch up on Season 1 and 2.  Don’t miss out!

The Plant Based News Podcast

We couldn’t compile this list without including the PBN podcast, hosted by Robbie Lockie, co-founder of UK-based media giant, Plant Based News.  If you want to know what’s going on anywhere in the vegan world, and who is making it happen, be sure to listen in to this weekly dose of pioneering vegan news and ethical views.  Robbie is a fantastic interviewer and his rapport with an enormous range of interesting guests make for easy and enjoyable listening.

‘Slaughtering misinformation. Butchering bullsh*it’, is the slogan for this recently launched podcast from filmmaker Kevin Smith and his daughter Harley Quinn.  When Kevin nearly died from a massive heart attack, Harley Quinn convinced him to try a plant-based diet for two months.  Two years later and still not dead, the father and daughter have joined forces with the aim of providing plant-based answers to the vegan-curious questions they get from a meat-eating and dairy-drinking audience. It’s quirky, it’s confronting and it’s brilliant.  Make sure you check it out!

Tom Simak is one well-travelled vegan.  Like many of us however, this year his adventuring got stopped in its tracks.  Not one to sit on his laurels, Tom decided to continue spreading the vegan message across the virtual community and launched the Plant Paradigm podcast.  The result is an entertaining listen, with a wide range of guests discussing an even wider range of vegan topics.  While you’re at it, check out his earlier episodes of ‘How to Travel Vegan’ from around the world too!

This exciting new podcast is brought to you by passionate animal rights activist, Connor Finch.  Episodes to date so far include ‘What is legal within animal agriculture?’, ‘Ditch the Dairy!’ and ‘Responding to Anti Vegan Comments’.  With guest interviews and frank, informative discussion, ‘VeganSpire’ is definitely one to add to your listening list.

Want to be instantly informed and inspired?  Tune in to the Vevolution team.  Since starting in late 2016, Vevolution has been creating inspiring events for the plant-powered generation. Each episode of their podcast shares stories and ideas told by plant-based thought leaders from the Vevolution stage.  The range of topics is so relevant and fascinating, you’ll be clued to your earphones and with over 100 episodes to listen to, you’ll be happily entertained for hours.

With over 500 episodes recorded and 75 million downloads, vegan ultra-endurance athlete Rich Roll’s is one of the world’s most acclaimed podcasts.  He describes his episodes not so much as interviews but conversations and there is a staggering range of deep and intense content featuring inspiring figures from all walks of life.  Each one has something different to offer, but one thing is for sure, you’ll learn something from them all.

So many fantastic vegan podcasts, so little time!  What’s your favourite?  Be sure to let us know in the comments! 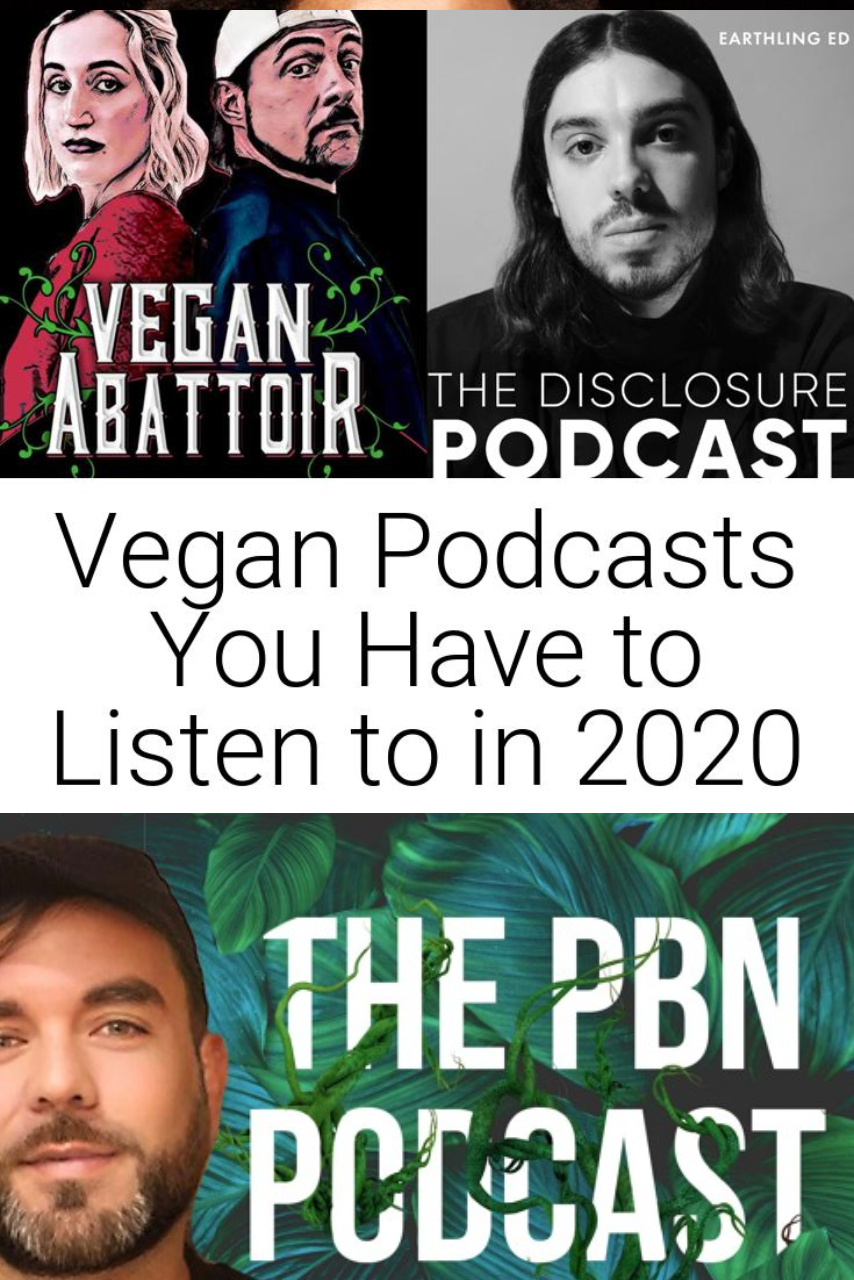 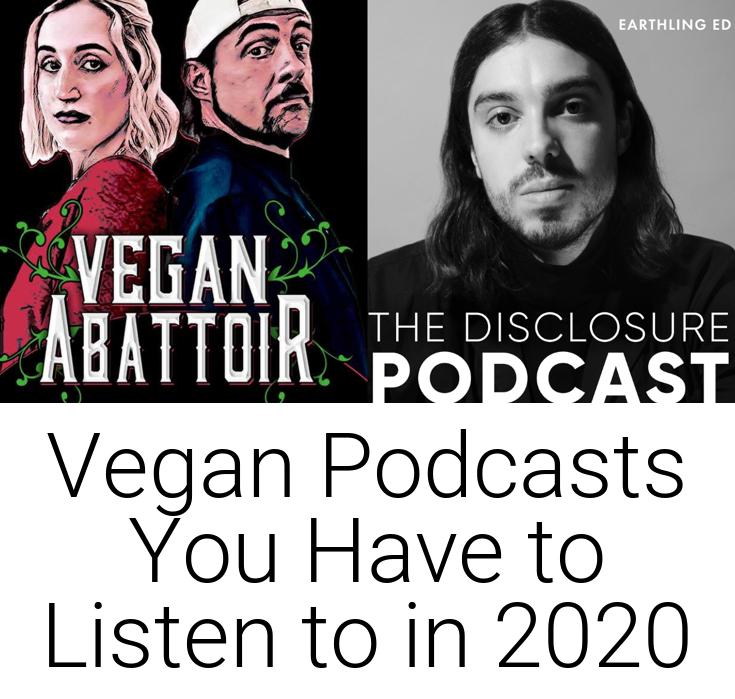