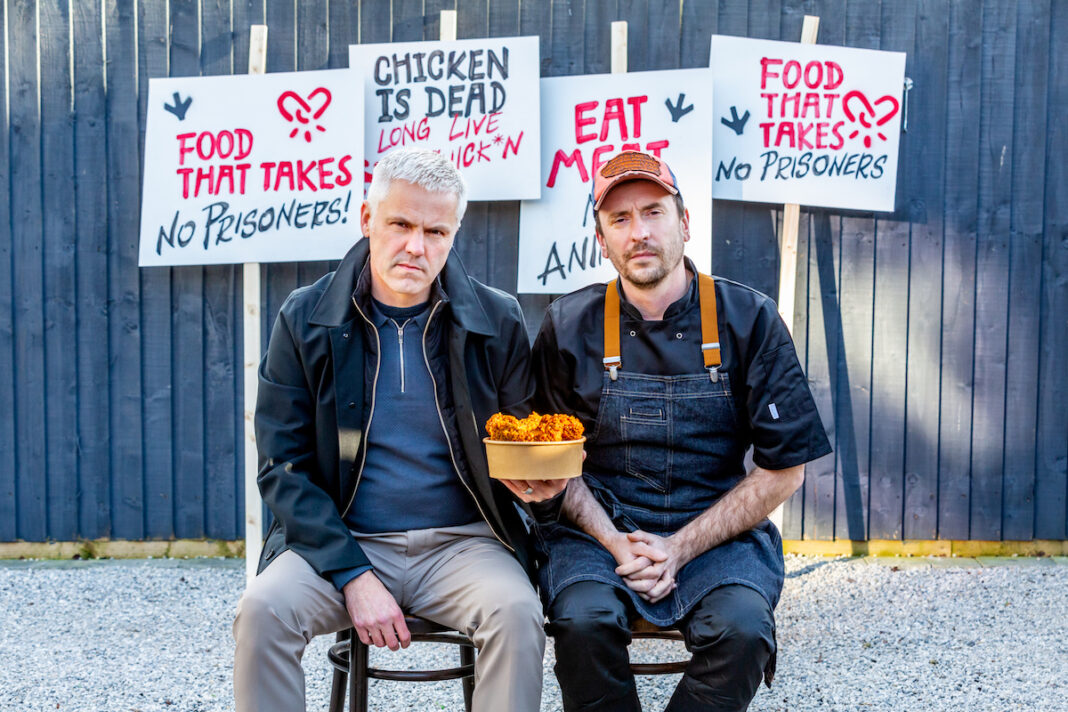 “This is where food meets activism. This is our sit-down protest”

The creative brains behind the Veganuary phenomenon, the $1-million campaign to persuade Pope Francis to go vegan for Lent and vegan investment fund Veg Capital, has now turned his attention to selling vegan fried chick*n, with the aim of putting factory farms out of business. Matthew Glover, a businessman from York, co-founded Veganuary with his wife Jane Land in 2014. Now, with that campaign going global, and his investment fund having helped launch numerous successful vegan food companies including THIS and The Mighty Pea, Glover has turned his attention to helping “the biggest victims of the factory farming system” – chickens.

At his restaurant, Source, Lyons served vegan meals alongside meat, fish and vegetarian options. “Among the vegan meals on offer was the best vegan fried chick*n I had ever tasted,” says Glover. He thought that if people just tried it, they would realise that factory farming and slaughter were not needed to get the taste and texture of meat.

Inspired by Glover, Lyons took part in Veganuary and then, with the idea of VFC taking shape, Glover took the chef inside a typical industrial chicken farm. “Adam had never thought too closely about how chickens were reared before then, and that visit was a game-changer for him. He went in as a fledgling vegan and came out one hundred per cent committed to getting VFC into the mainstream market.”

There is a rich seam of activism running right through VFC’s branding. The bold packaging features stylised graffiti and campaign messaging while the website hosts the men’s filmed visit to the chicken farm. Even the company’s mission statement* draws on the history of social justice movements but there is no finger-wagging here. At the heart of the company lies positivity and wit, and delicious, feel-good food.

“I am a businessman turned activist,” explains Glover, “and VFC is very much a marriage of the two. There are many ways to dismantle unjust systems, and we intend VFC to be part of the movement that puts an end to factory farming for good.”

It’s a lofty ambition but the pair mean business. Billboards are booked; online ads are ready to go. While they scale up, VFC will be available only online, but Glover and Lyons have appointed a sales director with the express aim of getting the products on to the high street as quickly as possible. Achieving price parity with animal-based chicken is another key priority, but their aim is to eventually make it cheaper.

“We’re not messing about,” says Lyons. “We’ve developed a fantastic product that looks, cooks and tastes like chicken, we’ve appointed an ambitious team, and we are ready to play our part in emptying those factory farm sheds. That’s what drives us on.”

VFC is made from wheat protein, and is soya- and nut-free. It looks, tastes and pulls apart like chicken but is 100% plant-based. It is made for carnivores and suitable for vegans. 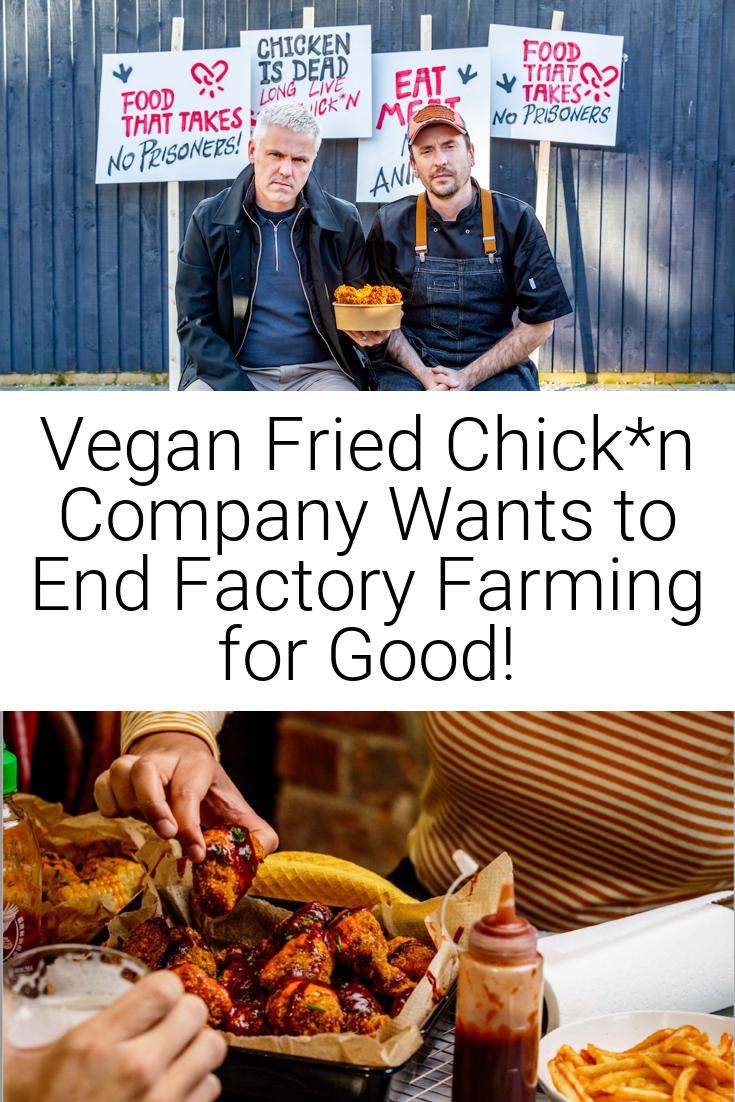