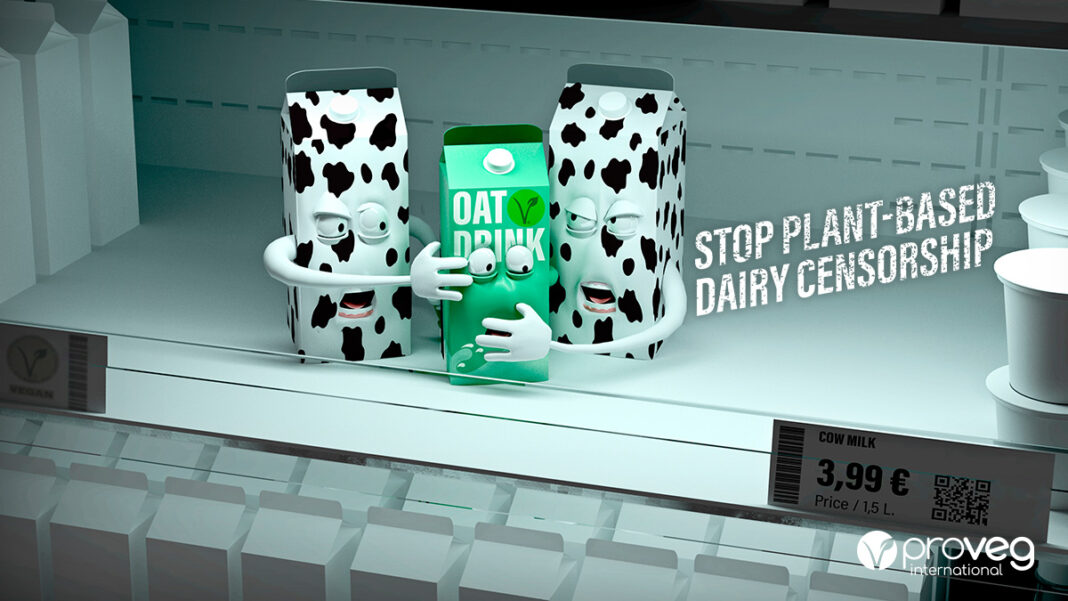 You may have seen posts and images recently which say, ‘Are you stupid?  The milk lobby thinks you are’.  It’s part of a campaign by oat milk producers, Oatly in response to the European Parliament’s worrying ‘yes’ vote on Amendment 171.  I’ll explain more about that in a minute, as it’s something everyone needs to know about, if you don’t already.  First however, I can personally vouch that the milk lobby really DOES think you, me and everyone else who purchases milk of ANY kind – whether that milk comes from a plant or animal – is really quite stupid.

People are buying the ‘wrong’ milk!

That’s the argument I heard time and again when I had the honour of giving evidence a few months ago in Australian Parliament, as part of an inquiry into the long term sustainability of the dairy industry.  I was one of just three vegan voices amongst a plethora of farmers and dairy representatives and, apart from all beseeching those Members of Parliament present for more money to prop up their already dying industry, they all insisted that a major contributor to the drop in cows’ milk sales was that the public is confused at the current packaging and labelling of plant derived milks and are often buying these in error, rather than the cow’s milk they REALLY want.  The results of this are of course disastrous as these poor, uneducated consumers don’t get the ‘essential nutrition’ they need.  Heaven forbid their ‘accidentally purchased’ plant milk may actually be better for their health and result in reducing migraines, skin problems and a multitude of digestive issues, seeing as up to 75% of the world’s population is lactose intolerant!  And let’s not forget cow’s milk is comprised of over 80% casein, one of the largest cancer-causing proteins we can put into our bodies.  But I digress…

What the milk lobby is saying is, we – and that means you too – don’t know how to read.  We don’t understand or know how to distinguish terms such as ‘whole milk’ or semi-skimmed, or labels with cows on from ones which say ‘Oat Drink’, ‘Seed Drink’, or ‘Almond Drink’, or carry terms such as ‘plant milk protein’.  Which is of course, ridiculous.  Of course we can see and know the difference!  Whether a person is going to buy cow’s milk, goat’s milk or plant milk, we know exactly what we want and what we are looking for.  Unbelievably however, the European Union also agreed with the milk lobbyists and on October 23rd 2020, voted that we are all actually completely illiterate and uneducated.  Nice.

Amendment 171 seeks to ban any use of a dairy designation which “exploits the reputation” of dairy foods, which would have massive consequences for those who choose not to consume milk from animals and those who manufacture plant based alternatives. In spite of existing restrictions on the plant-based sector including a ban on using terms like ‘oat milk’ and ‘soya yoghurt’, the new amendment would go even further. According to leading international food awareness organisation ProVeg, this new law would prohibit any use of ‘evocations’ of dairy products on plant-based packaging or in advertising. The ban could even prohibit brands from using images of their own products or applying factual disclaimers such as ‘does not contain milk’.

Such restrictions would make it more difficult for consumers to choose plant-based foods in spite of ever-increasing demand, and also threaten consumers’ right to information and companies’ right to fair competition. Amendment 171 also directly interferes with the EU’s vital sustainability efforts such as the Green Deal.

Banning the use of recognisable names for plant-based dairy alternatives not only contradicts the EU’s public-health goals and the promotion of healthy diets – it sits in direct opposition to the sustainability objectives of the European Green Deal and the Farm to Fork Strategy. If implemented it would pose a substantial threat to the climate goals of the Paris Agreement.  However, the madness doesn’t stop there.  Put into practice, Amendment 171 could also prohibit the following:

Hang on though – it’s alright for dairy manufacturers to try and fool consumers into buying their milk!

Yes, indeedy.  In New Zealand, non-dairy consumers were thrilled when prominent Anchor brand released it’s ‘plant-based’ milk in 2020.  ‘I’m a plant based bottle!’ the label proudly declared, in bold, large letters.  That however, is where the ‘plant based’ part ends.  Inside the bottle was still the ‘same, fresh dairy milk from Fonterra farmers’; it was just the bottle was now made from sugar cane, in accordance with Fonterra’s mission to make all their packaging resuable, recyclable or compostable by 2015.  Putting ‘plant-based’ on a cow’s milk label in large, unmissable letters?  Now that is a sneaky move, and it did result in chaos and confusion.  Posts soon began appearing in the New Zealand vegan community of non-dairy consumers who were excited to see ‘plant based’ milk had now become so mainstream, even Anchor was making it, and had purchased a bottle in support of this ‘new’ product.  Not only were people mightily miffed when they realised they had been duped into buying a non-vegan product, it was also incredibly bad news for those with intolerances and allergies, who had also purchased in error and found it not to be safe for them to consume at all.  That was perfectly alright though, and that bottle still sits on the shelves in all major New Zealand supermarkets. Just as well dairy-free Kiwis aren’t all stupid enough to make the same mistake twice, huh?

There’s no question, Amendment 171 sucks.  Fortunately companies like Oatly and organisations like ProVeg who have your best interests at heart, are fighting back – and they need YOUR help.  Following last year’s successful campaign to ‘Stop The Veggie Burger Ban’, ProVeg International are taking action to stop AM171.  They are urging as many people as possible to sign the petition to Stop Amendment 171.  You can help put an end to the madness by adding your voice, but time is running out, we need to act now!

To learn more about Amendment 171, visit the ProVeg website. 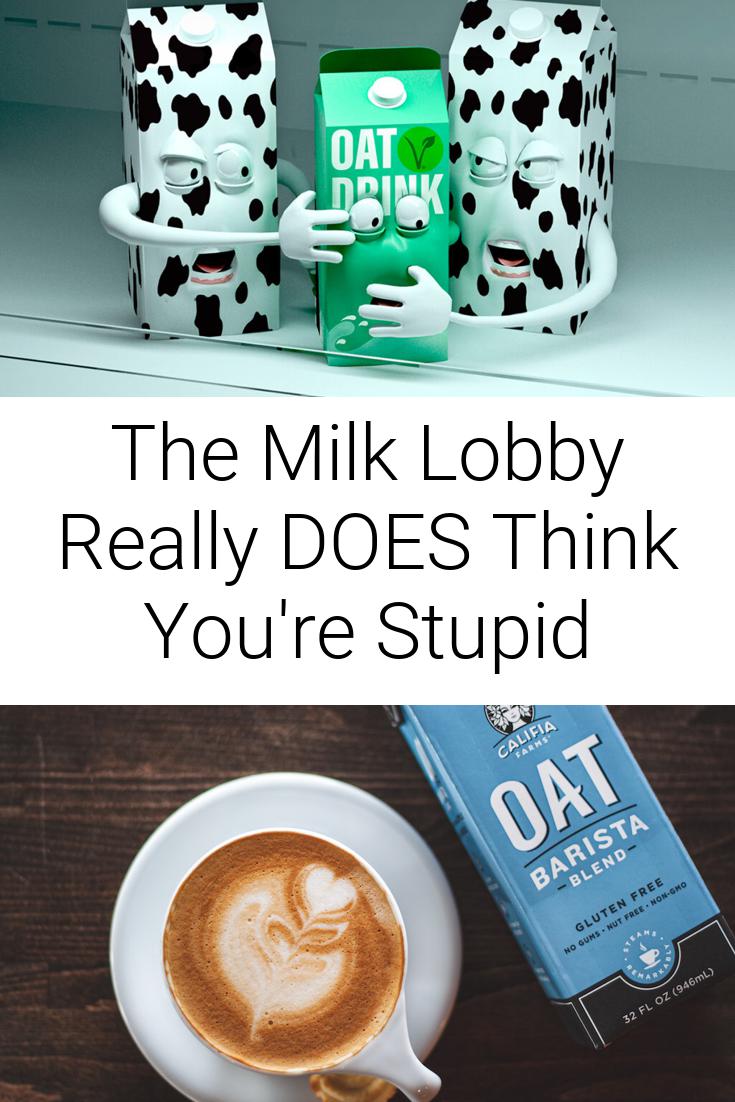 What You Can Do to Help Improve Animal Welfare www.animalmatters.org/what-you-can-do/