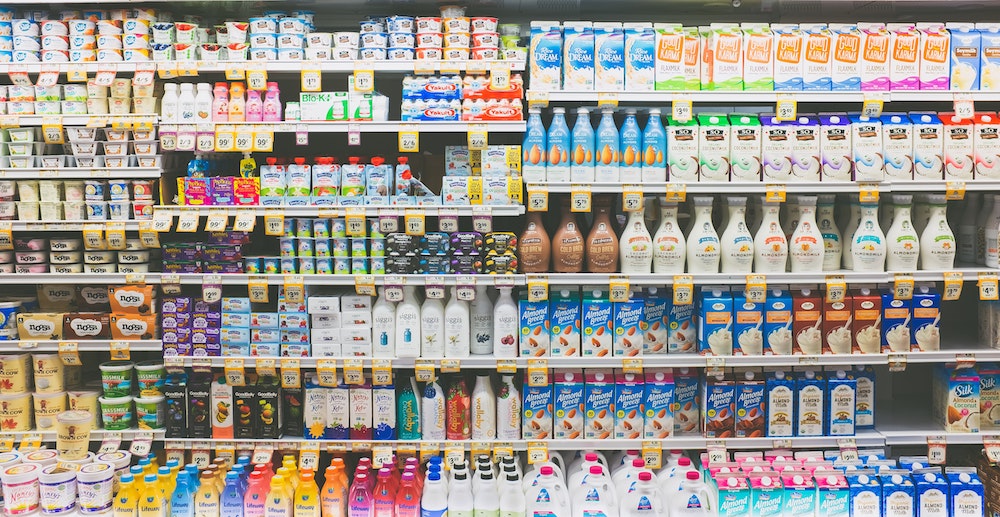 This week marks a critical turning point for the future of dairy-free products as the controversial ‘Amendment 171‘ is up for discussion on April 21st.  The Amendment seeks to further censor plant-based alternatives to dairy, placing severe restrictions on what products such as plant-based milks and yoghurts could soon be called, packaged and even described as.  Should the EU decide to adopt Amendment 171, the future could look something like this for plant-based foods:

● No familiar packaging formats like a carton for plant-based milk alternatives, or a block of plant margarine;

● No visual depictions of plant-based foods if they could be judged as “evoking” or “imitating” dairy – for example, an image of a milky swirl on a package of oat drink;

● No science-based green claims that compare plant-based foods to dairy foods, like “half the carbon emissions of dairy butter,” across all communications including digital and social media;

● No essential allergen information like “does not contain milk;”

An absurd and unfounded argument

From the outset, the climate-hostile Amendment has caused alarm and outrage, sparking a collaborative campaign spearheaded by ProVeg, Upfield and Oatly to raise public awareness and inform consumers they are being viewed as ‘stupid’ by the milk lobby, who insist the average shopper can’t tell the difference between dairy and dairy-free products under the current labelling and packaging and will unwittingly purchase the ‘wrong ones’.

“We have been fending off anti-competitive attacks from the dairy industry since the 1870s. Now, this amendment illegalises the very words, packaging and imagery that the plant-based sector has used for decades. Consumers know this is wrong, and hundreds of thousands of them want their voice heard.” says Dr Jeanette Fielding, Chief Corporate Affairs and Communications Officer, Upfield. “In the 21st century, this is no longer just a problem of anti-competition and consumer rights. It is also a problem of climate change, biodiversity and public health.”

The votes are in – we CAN tell the difference

The Amendment was never subject to the normal process of public scrutiny via an impact assessment or open consultation and indeed the public have been quick to respond.  To date, more than 435,000 voices have so far been added to the campaign petition to stop Amendment 171, however it is not just the plant-based industry and its consumers who are opposed to further restriction.  In the lead-up to the April 21st decision, the draconian amendment has also been widely condemned by organisations such as Greenpeace and WWF, Dr Melanie Joy and environmental campaigner Greta Thunberg.  A letter of opposition was signed by 34 members of the European Parliament and the European Consumer Organisation (BEUC) wrote to MEPs to campaign against the amendment last year, stating they saw no justification to introduce such legislation.  Even representatives from the dairy industry, including the CEO of Berglandmich – the biggest Austrian dairy co-operative with over 11,000 members – have voted ‘no’ to the proposed amendment.

“How many people need to insist they’re not confused before this narrative can be seen for what it is?” asks Vice President of ProVeg International, Jasmijn de Boo. “Farmers, consumer associations, NGOs, food companies, members of the public – so many voices have come together to challenge AM171 and call out this blatant censorship. Sustainability itself is under threat. Let’s take the climate crisis seriously and protect plant-based food. Our very future depends on it”.

Will the EU do the right thing?

After a hard-fought and greatly publicised and supported campaign, the wait is almost over. On April 21st, the EU will decide. Will they endorse an anti-competitive, environmentally reckless policy and introduce a raft of new restrictions to what is already the most highly-restricted food category in the EU, the plant-based sector?  Or will they use this opportunity to stop plant-based censorship and focus on modernising the Common Agricultural Policy and Common Market Organisation to best help people and the planet instead?

“We hope the EU sticks to its commitment to spearhead the global fight against climate change and throws out Amendment 171”, says Cecilia McAleavey, Director of Public Affairs and Sustainable eating at Oatly.  We are in a race against the climate clock, to introduce legislative barriers at a point when science shows how important it is to shift to plant-based diets to tackle climate change and public health challenges is not only wrong, it is absurd”.

How YOU can get involved and help stop Amendment 171: 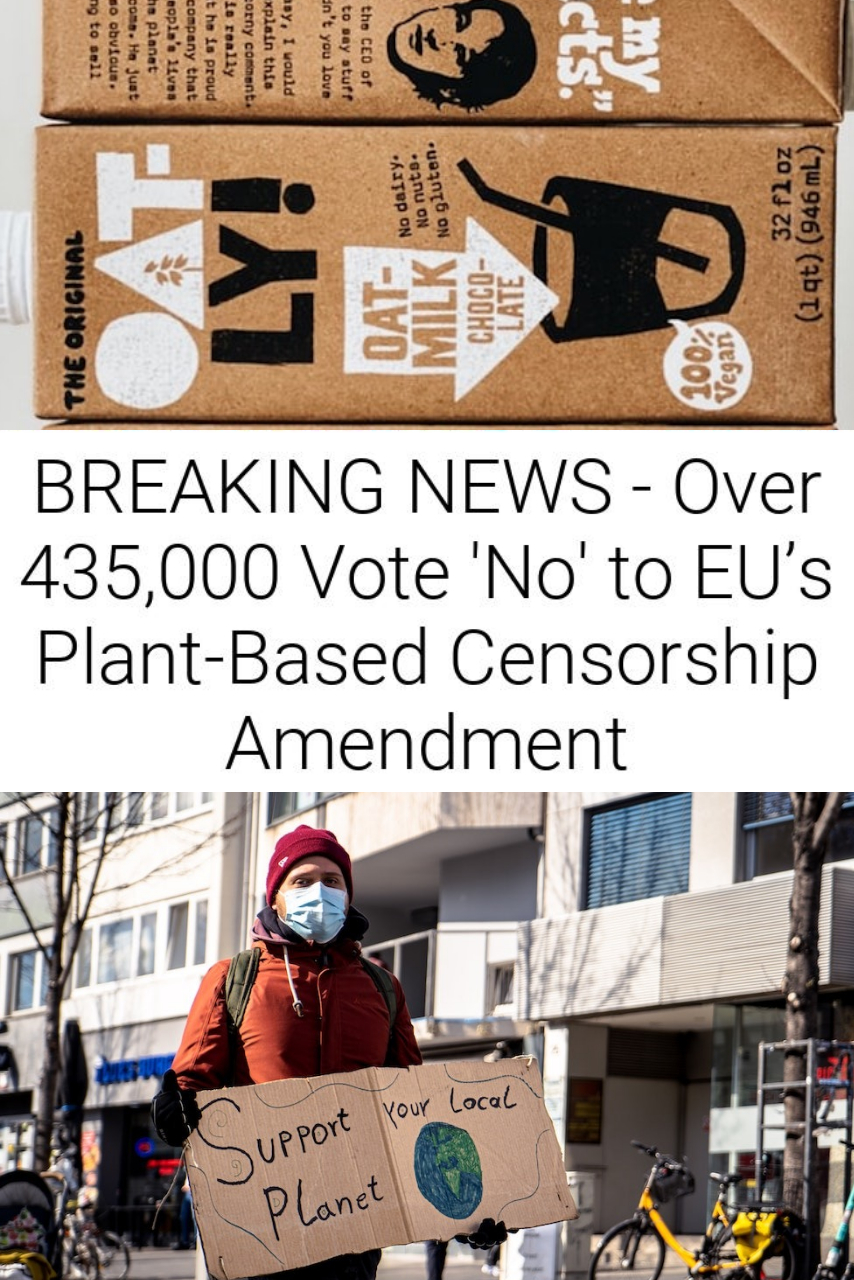 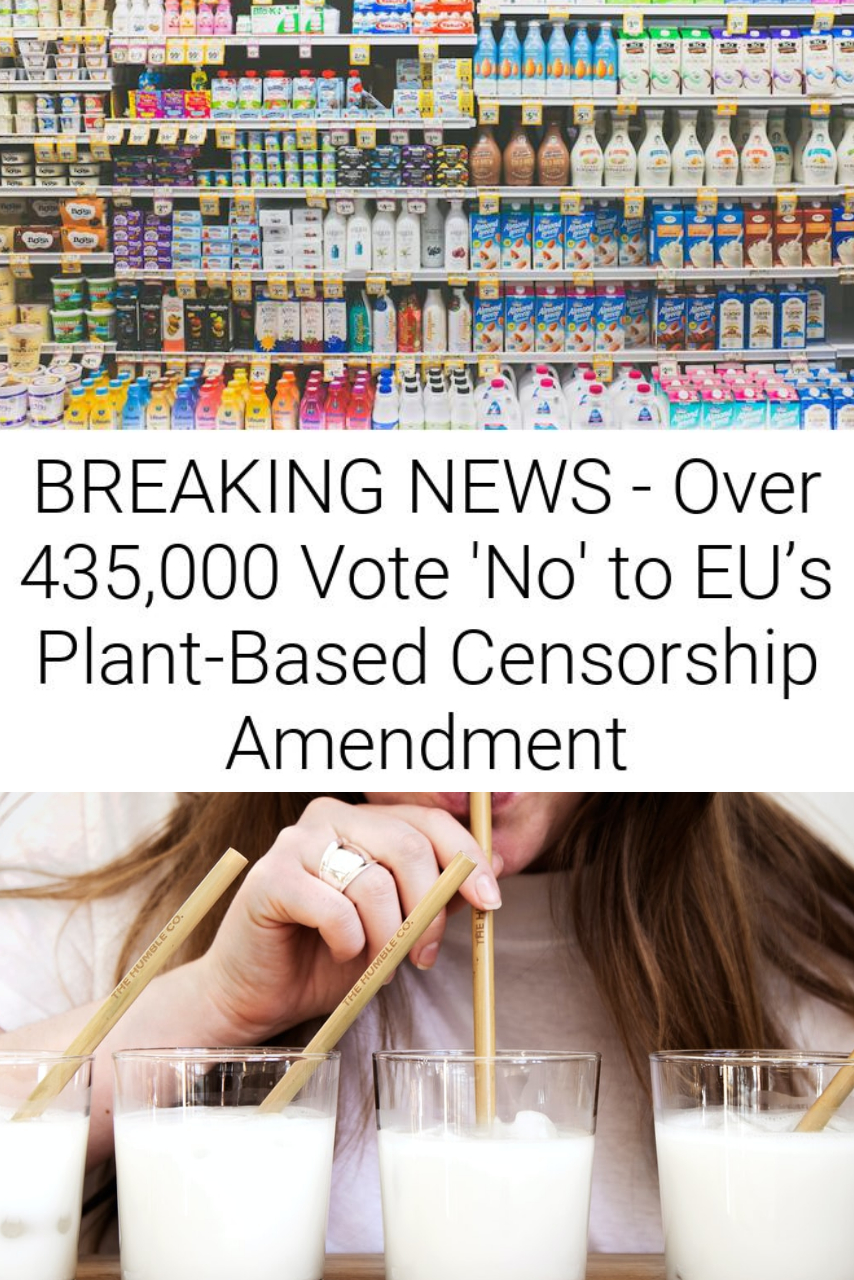