April 22nd 2021 marks a special day in our quest for a cruelty-free planet: the reintroduction of the Shark Fin Sales Elimination Act by representatives Gregorio Kilili Camacho Sablan and Michael McCaul. The bill had first been introduced in 2016, gained tremendous support in Congress in 2019, but unfortunately never saw action from the Senate.

Shark finning kills over 73 million sharks every single year. All their fins are sliced off in an extremely merciless and brutal way and the poor, finless creatures are then simply tossed back into the water. Often the sharks are still alive and, now defenceless and unable to swim, they sink to the bottom of the ocean.

Now, although the act of shark finning itself is already illegal in U.S territories, the trade of shark fins and products that contain them, such as the popular “shark fin soup” that is very discretely served at Chinese restaurants, was not. This means that shark fins were still being imported from countries with much looser shark finning restrictions and sold within the U.S. – completely legally.

The Shark Fin Sales Elimination Act prohibits the possession, sale and purchase of shark fins and will put a stop to the U.S. perpetuating this brutal practice. 8 in 10 Americans support this ban, according to an Oceana report, which highlights how overdue this Act is.

This nationwide ban will significantly reduce the international fin trade and allow for these magnificent creatures, which have been living on Earth for hundreds of millions of years, to repopulate our oceans and begin reversing the staggering 71% population loss they have suffered. 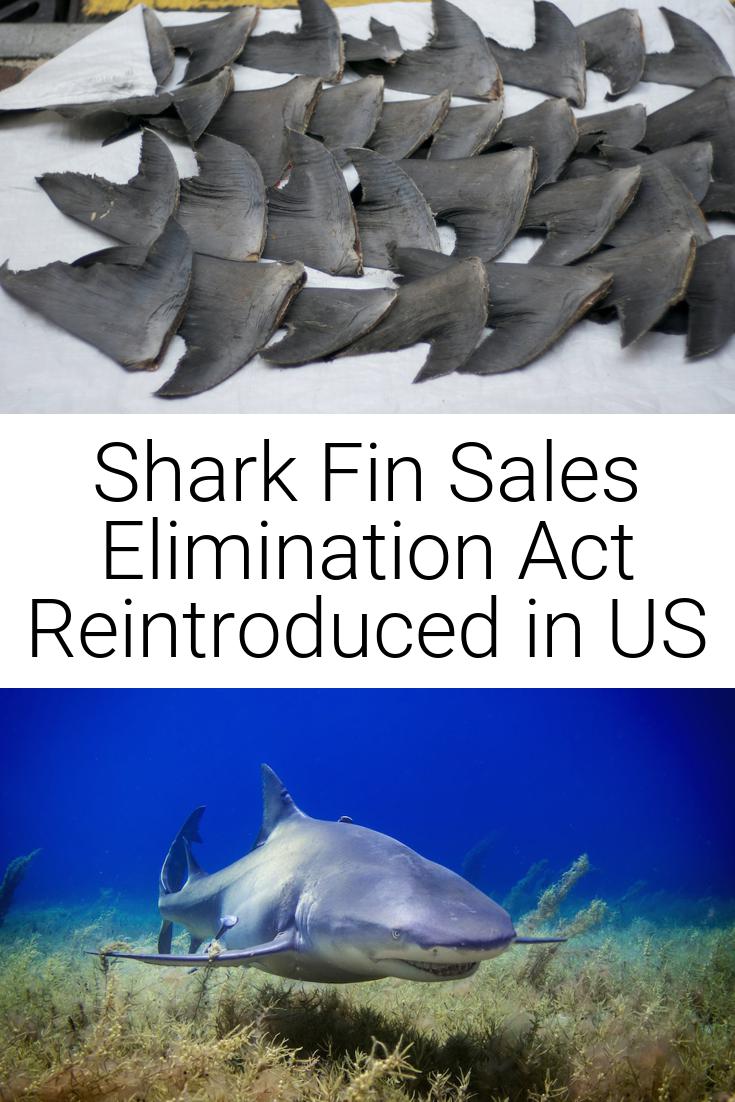