“Save Ralph” is a short film written and directed by Spencer Susser and produced by The Humane Society International that, very cleverly, gives us humans a peak into the life of the average animal tester.

The documentary-style movie follows the “real life” of Ralph, a lovable white rabbit, blind in one eye and deaf in one ear, whose “job” it is to be a tester.

“My daddy was a tester, my mum, my brothers, my sisters, my kids – all testers – and they all died doing their job… and so will I”, he explains very matter-of-factly whilst eating his rainbow cereal.

The camera follows Ralph as he brushes his teeth and nonchalantly mentions the chemical burns he has on his back, which are no big deal because they only sting “…when I breathe or move around or whatever…”

The juxtaposition of the cute animation and Ralph’s naïve positivity that prompts the words that come out of his mouth is cutting and inspires the audience to stop and think about the dark reality of animal testing.

“Testing is what we were born to do. It makes us happy”, Ralph explains, before his gaze shoots to the floor and he lets out a disheartened sigh.

What is overwhelmingly clear, is that Ralph believes he was born to serve, live in dire conditions and have pain inflicted on him daily to better the lives of the superior human race.

The sad truth is: a dangerously large portion of the world actually believes this.

The even sadder truth is that, when brought to our attention, a lot of us would oppose this cruel practice, yet we live our lives blissfully unaware that the make-up we slapped on this morning probably caused the death of many innocent animals.

The global “Save Ralph” campaign is a powerful one. It brings to light that animal testing is the global status quo that nicely blankets sentient beings’ suffering in man’s need for safe beauty products.

The Human Society believes that no animal should suffer and die in the name of beauty, and this charming and thought-provoking short film truly captures what this statement means.

“Save Ralph” has an all-star cast including Taika Waititi, Ricky Gervais and Zac Efron, which highlights the celebrity support this cause has and will hopefully spread awareness of the heart-breaking fact that Ralph represents thousands of animals suffering in laboratories every single day. 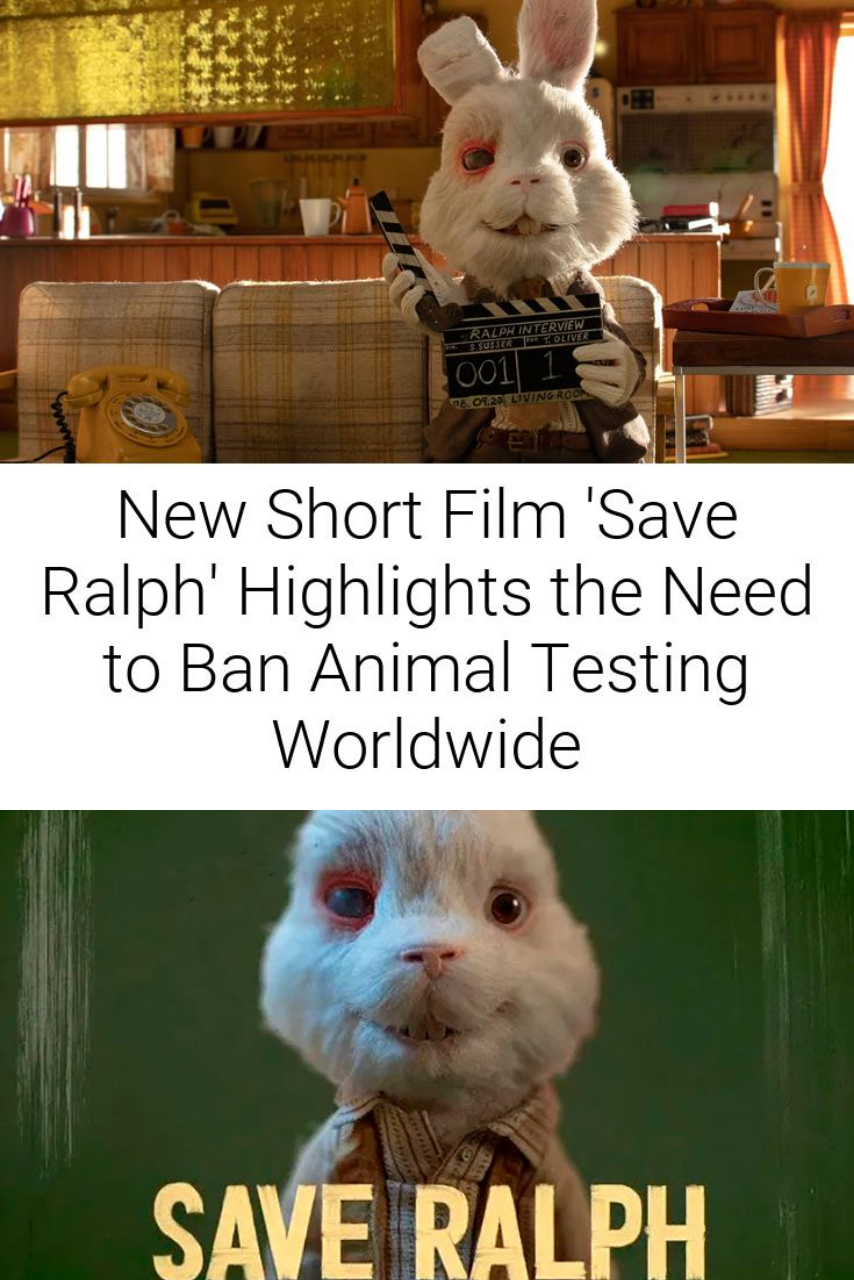