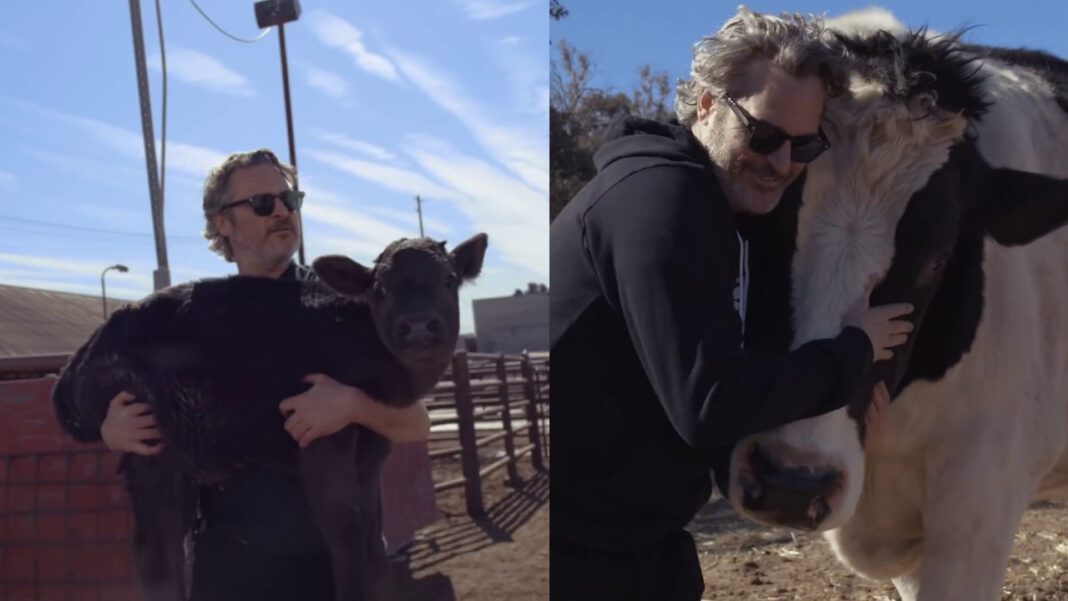 In 2020, actor and vegan activist, Joaquin Phoenix went to the Manning Beef slaughterhouse in California.  Together with a group including fiancee Rooney Mara and Farm Sanctuary founder Gene Baur, he facilitated the rescue of a mother cow and her calf, which he named Liberty and Indigo after his sister and her child, who sadly passed away.

Liberty and Indigo were taken to Farm Sanctuary to live out the rest of their lives in peace.  One year on, Joaquin paid the pair of them a visit.  With the exception of carrying Indigo out from the slaughterhouse, which he did himself, Joaquin had never interacted with cows before.

In this touching and emotional film by Earthlings Director Shaun Monson, he talks openly about the harrowing rescue and the reunion 12 months later.  An absolute must-watch!

“We spend one day each year paying homage to our planet, Earth Day, but the other 364 days, we consume with impunity,” Joaquin Phoenix said. “It’s undeniable the detrimental impact that animal agriculture has on the environment. This simple act of rescuing Liberty and Indigo…in some ways, it’s just as simple as sparing the lives of these creatures. But it’s also an acknowledgment of not only the destruction they feel at our hands but the environment as a whole. By our actions, we either have the choice to continue to destroy other beings and the environment, or we begin the process of reversing the damage that we’ve done.” 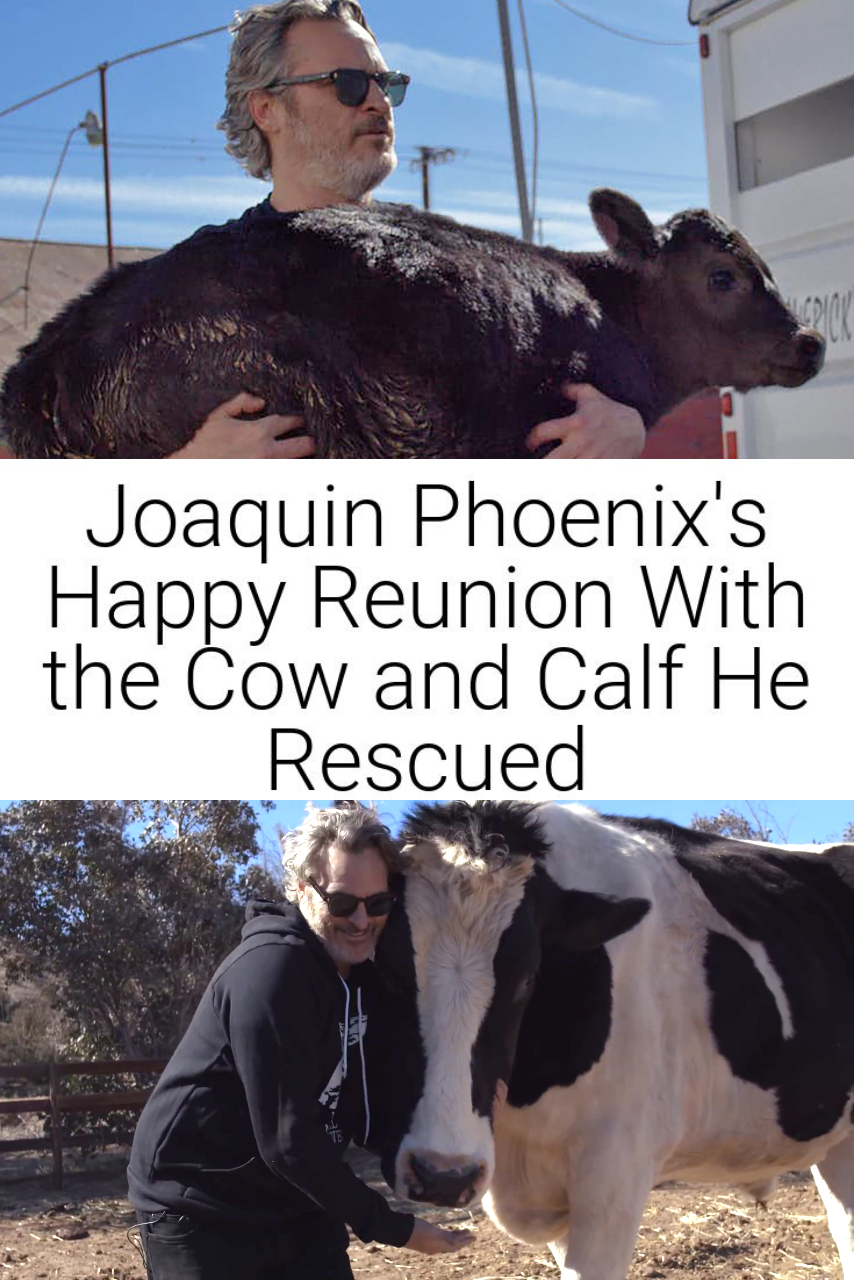