Home Activist Diaries An Eerie Sight at the Slaughterhouse 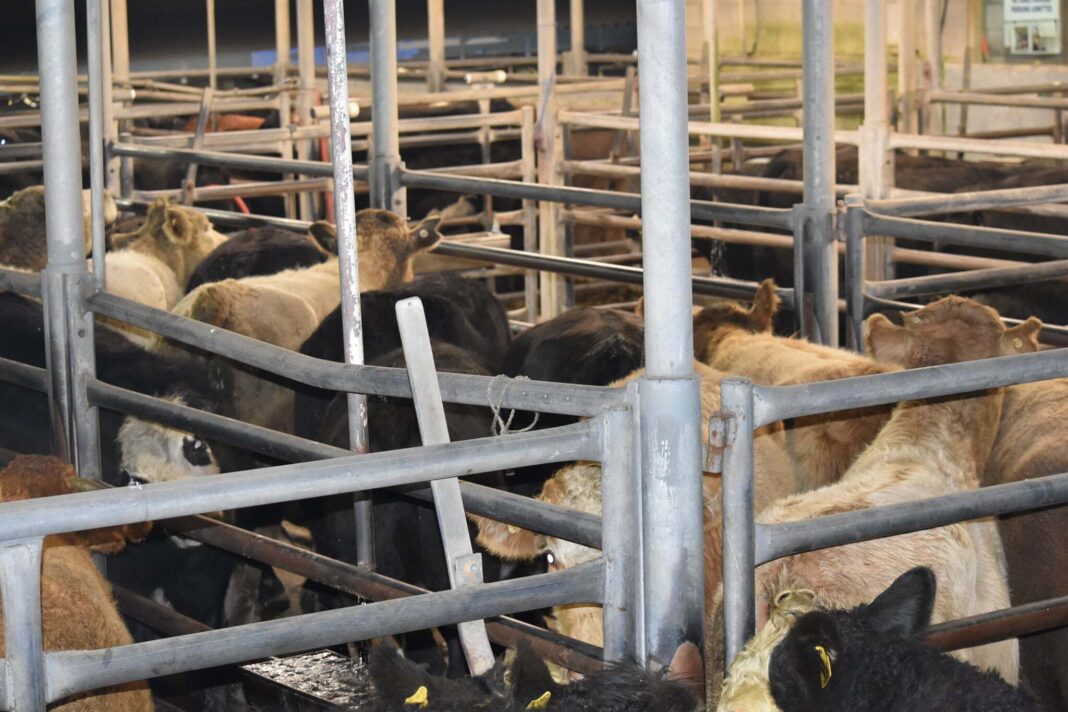 “It’s desolate at night”, Betty said when she arrived. She found me standing on my ladder trying to comfort the cows as pigs screamed in the shed behind. She climbed up to join me, and as she talked to them in her gentle voice they appeared to be listening.

I love cows; they have such pure and stoic souls, and I was angry to see how some were packed in so tightly they couldn’t turn around. But as usual it was the sound of the pigs that affected me the most. Highly intelligent and aware, they know when they are forced off the death trucks what lies ahead of them. It’s this knowingness they have that cuts me like a knife.

Desolate is a good description of the slaughterhouse at night. It’s as if the dark energy from what goes on there in daylight clings like film to the bricks and mortar when the sun disappears. The animals stand under harsh spotlights that makes their eyes look glassy, the fecal slurry under their hooves shimmer, and is reflected in the water fountains fixed to the side of their pens. Hardly any cars go by, and the abandoned building next door seems to lean eerily into the black sky.

Suddenly Elizabeth looks up and says ‘What’s that?’ At first I think they are grey-white embers coming from the chimney smoke; but then, amazed, I see that they are birds, hundreds of them, furling and unfurling, dancing and diving above the slaughterhouse. A few screech. They sound like seagulls, but they’re smaller and daintier, and have forked tails. On reflection, I think they were terns.

But why were they there? Neither Betty nor I had never seen so many together, and never at night. Migration is over at this time of year, so what was it? Was it a feeding frenzy? Is the slaughterhouse allowed to leave offal for them? Was it the spotlights that confused them, disturbing their diurnal patterns? I aimed my good camera, thinking I would get closeups for identification, but every one of the pictures turned out black. I have only myself to blame, I’ve never learned how to use my expensive camera properly. Yet it’s important for me to record what I see, and I shake with frustration at my own stupidity. I get so upset that Elizabeth pats me kindly on the arm. Finally I take a snap with my cellphone camera, that at least gives the idea of what it is we witnessed.

When I get into my car to drive home I notice that the birds wheeling above had left their calling cards; there is poop on the bonnet and running down the windscreen. ‘I couldn’t help smiling, and said to Elizabeth, ‘well, it’s not us they need to be shitting on’. Tonight, unlike the pigs and cows we saw, I will sleep comfortably, and keep my dreams with me until the stars return once more. For them, after this long night is over, there will never be another.