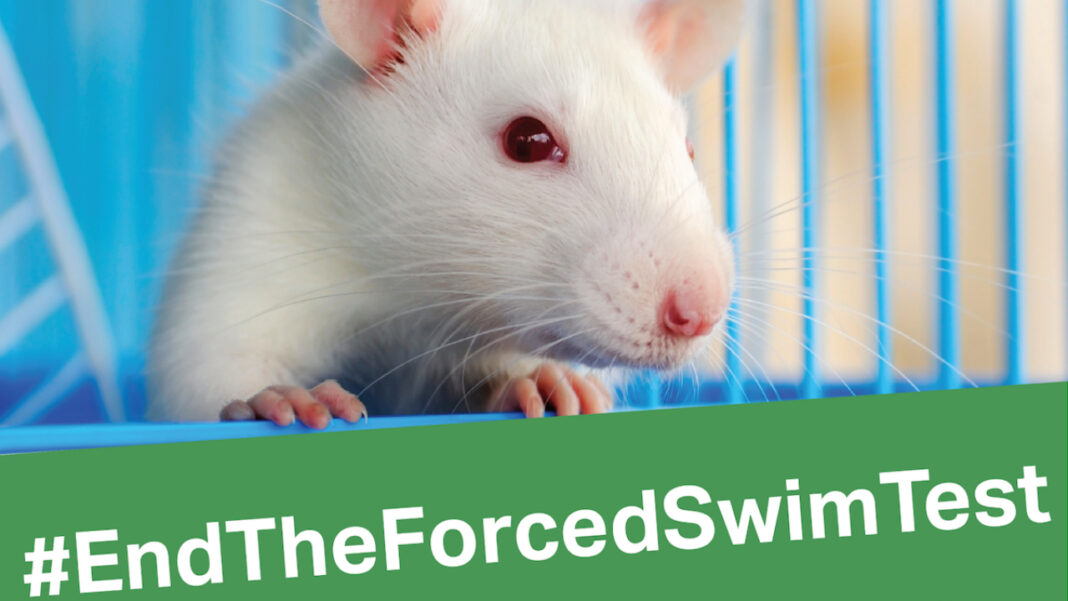 The New Zealand Anti-Vivisection Society has been ramping up its campaign efforts even further in their quest to remove animals from experimentation and in particular to end current use of the cruel and invalid Forced Swim Test.  The Forced Swim Test is an experiment which has been around since the 1950s. It involves forcing small animals such as rats or mice to swim in an inescapable beaker of water until they ‘give up’ and float. Some researchers use the test as a misguided attempt to mimic depression or hopelessness in humans.

Which Organisations have used the Forced Swim Test?

‘The extent to which the Forced Swim Test is used in New Zealand is largely unknown as we don’t get access to the experiments that private companies conduct’, explains NZAVS Executive Director, Tara Jackson. ‘So, it’s vital that our government take some kind of formal action to prevent the ongoing use of this archaic test’.  Back in 2019, NZAVS asked all universities across the country (via official channels) if they had used the Forced Swim Test over the previous five years. It was discovered that three universities had used it, however there are only two which continue to approve its use.

Negotiating on behalf of the animals

Despite more than 25,000 New Zealanders signing a petition organised by the NZAVS to ban the Forced Swim Test in 2019, the fight to ban it still continues but is making significant progress.  ‘Recently, we met with Meka Whaitiri, the Minister for Animal Agriculture and Tim van de Molen, the Animal Welfare Spokesperson for the National Party to talk about animal experimentation’, Tara Jackson wrote earlier this week. ‘The Forced Swim Test was a major item on the agenda of these meetings and we were able to have open and productive conversations on why the use of the test needs to end. We’ve also spent some time discussing this issue with the Green Party and the Act Party.

A lot of the work we do looks like this – meeting with key stakeholders behind the scenes so that we can make progress for animals used in science wherever possible.  We’re busy working hard to further rip away the social license of this animal test and end its use one and for all’.

Support the invaluable and tireless work of NZAVS by signing their petition to put an end to animal testing in favour of non-animal based methods for research, testing and teaching purposes wherever possible: https://our.actionstation.org.nz/petitions/demanding-action-against-animal-experimentation

Watch our interview with Tara Jackson of NZAVS: 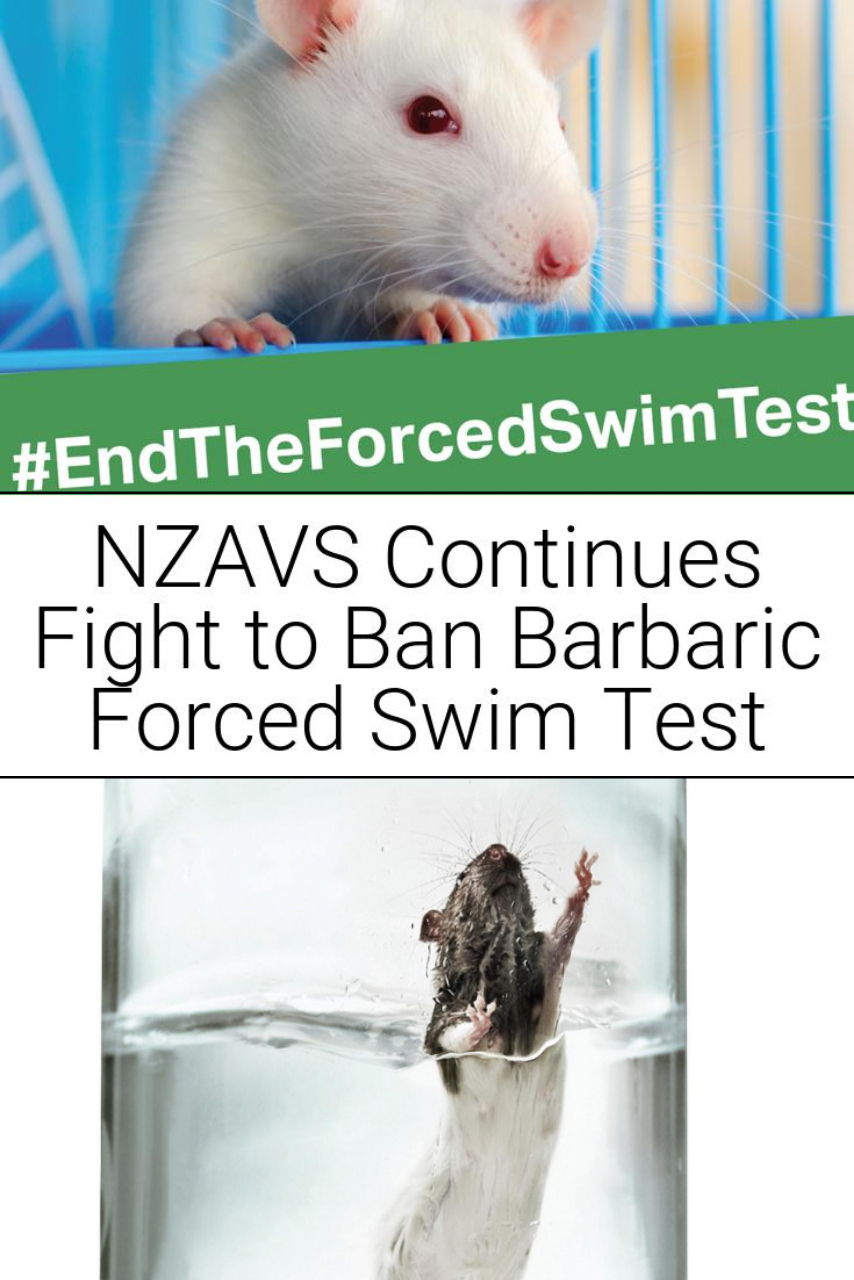