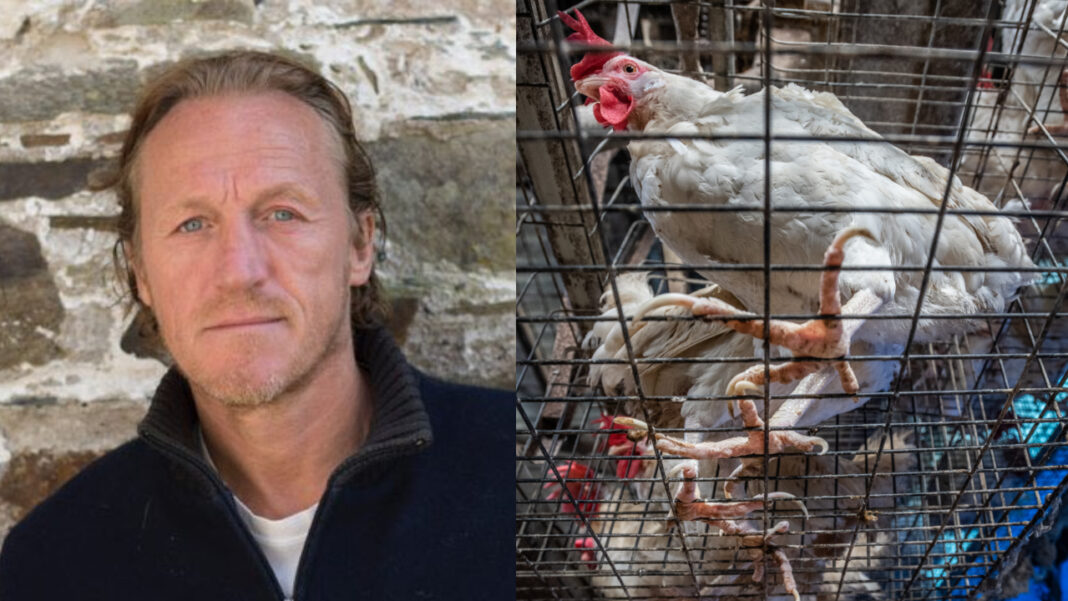 Campaigners have launched a legal action against the UK government in a bid to end factory farming in England, claiming a ban is urgently needed to prevent further pandemics, including the silent pandemic of increasing antibiotic resistance, which is already killing people.  Renowned human rights lawyer, Michael Mansfield QC, is leading the court action.

Humane Being – an entirely volunteer-run action group – is behind the legal challenge, along with former pig industry veterinarian, Dr Alice Brough and former RSPCA board member, Jane Tredgett. Their Scrap Factory Farming campaign is crowdfunding the £60,000 needed for the judicial review of government policy.

Director of Humane Being, Jane Tredgett says, ‘I was appalled to discover that the Department of Health has a 49-page booklet recognising the likelihood of an influenza pandemic happening, accepting that up to 750,000 people in the UK could die, and with plans for “disposal of the remains”. The last four pandemics before Covid-19 developed from avian or swine flu, and the Government acknowledges that “Pandemic influenza is one of the most severe natural challenges likely to affect the UK” and that “many millions of people around the world will become infected, up to around 50% become ill with symptoms and a variable proportion die from the disease itself or from complications such as pneumonia”. Despite this, I couldn’t find even one line in any Government document asking if factory farming should be continued in light of this’.

A ‘pandemics timebomb’ and threat to public health

Spokesperson for Scrap Factory Farming, David Finney commented, ‘We are sitting on a pandemics timebomb. Three out of every four new and emerging diseases in people come from animals. The cramped, unhygienic conditions on UK factory farms are the perfect breeding ground for these diseases and condemn more than half a billion animals each year to a life of suffering and sickness. We may get control of Covid-19, but our government is doing nothing to address the root causes of zoonotic influenza. Between November 2020 and April 2021 there were more than 25 outbreaks of Avian Flu reported on UK farms. If our government fails to ban factory farming, they are putting us at risk of another pandemic – experts say it will be a matter of not if, but when.”

Dr Alice Brough, pig veterinarian and co-claimant to the legal challenge also added, ‘Having worked for several years in one of the UK’s most intensive livestock sectors, I have seen the problems with factory farming first-hand. The systems can be extremely stressful, unhygienic and inappropriate for animals’ needs. Disease is rife, including those with pandemic potential, and excessive antibiotic use inevitable. This overuse contributes to antibiotic resistance which is already causing 700,000 human deaths globally each year; by 2050, this number is forecast by the World Health Organisation to reach 10 million if we continue on our current path. This challenge is vital to address some of the most pressing issues faced by humanity today, focusing on prevention rather than waiting for disaster to strike before responding.’

The campaigners are calling for the UK government to lead the way and urgently phase out animal factory farming by 2025, starting with an immediate ban on factory farm planning applications and support for farmers in their transition to a sustainable food system that protects animals, people, and the planet. Actor and campaign ambassador Jerome Flynn says, ‘It is starkly clear to me that there cannot be a future for mankind in a world where factory farms still exist. This is our time now to put things right’.

The legal team have filed the court action and papers were served to Defra earlier this week. The group received over 80 witness statements – from scientists, academics, researchers, lecturers, professors, doctors, health professionals, vets, industry specialists, legal experts, consultants, policy and government advisors, economists, auditors, undercover investigators, campaigners, nutritionists, authors of books, directors of films, people who have lived near or worked on factory farms and a couple from concerned members of the public. Statements came in from the UK, Australia, the USA, Sweden, Germany, Brussels, Northern Ireland, New Zealand, Hong Kong and Canada.

Lorna Hackett of Hackett & Dabbs LLP, the law firm acting for Humane Being, says, ‘There is a societal disconnect between the way in which we produce animal food products and the risk to public health, but there is a clear and undeniable interrelation. The intensive nature of the vast majority of farming in this country is the next pandemic waiting to happen. Such viruses could already be circling amongst animals awaiting slaughter for consumption, or due to anti microbial resistance because of the widespread misuse of antibiotics. It is incumbent upon government, for the protection of human health, the environment and in our efforts to achieve Paris agreement targets, to abolish these cruel and unsustainable practices. We all share the same planet, and our arrogant abuse of it is neither justifiable nor sustainable’. 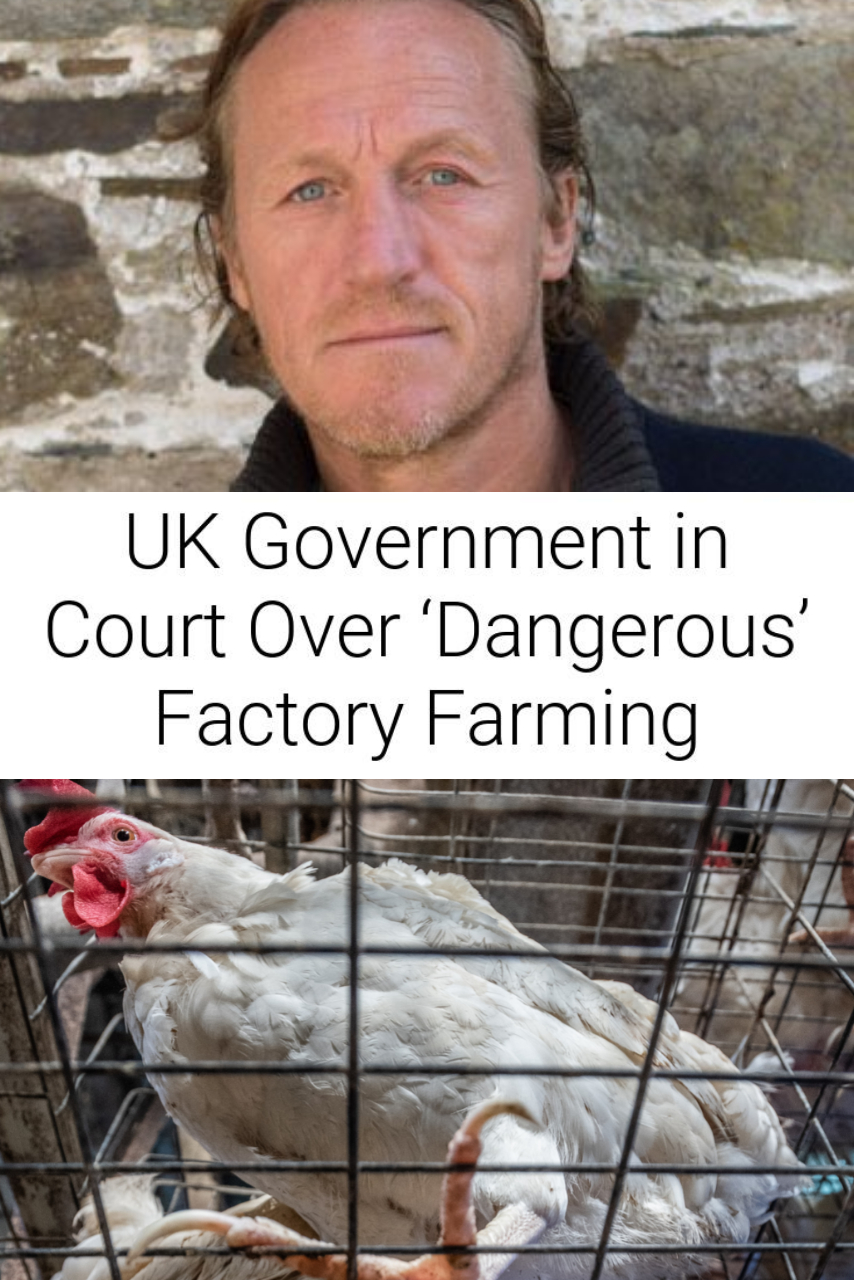