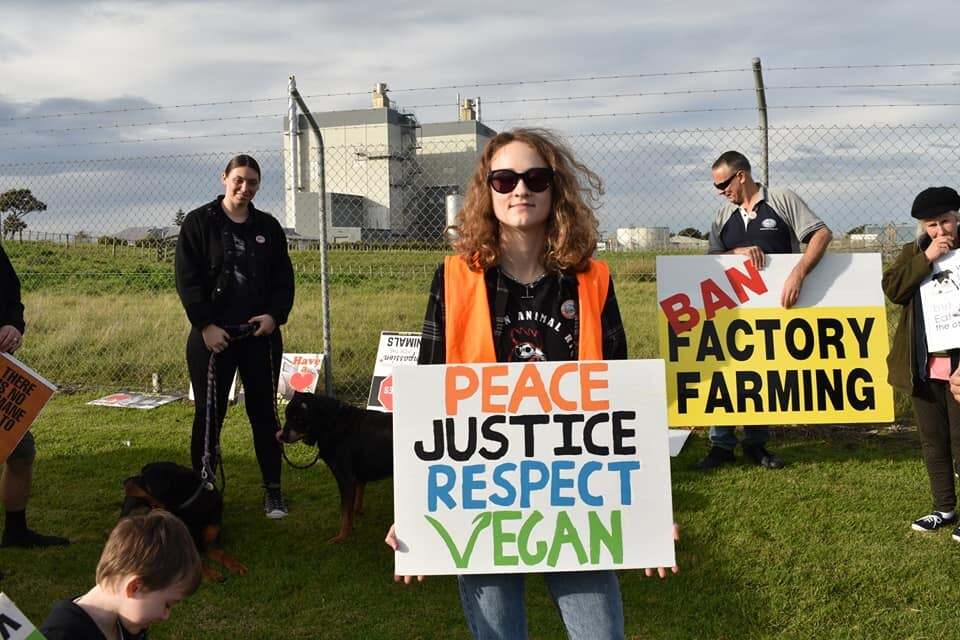 Yesterday there were 31 activists (if you count two dogs, which I am) who had made the journey from other centres to support Whanganui Animal Save. We were aged between eighteen months and seventy-six years. We met at my house for a pot luck first and then my house guest Rob McNeil from the Animal Save Movement in Canada gave us a briefing before setting out. First up was the sheep and bobby calf slaughterhouse, but we just missed a truck of sheep arriving. Most of the time was spent at the cow and pig slaughterhouse where, led by Chris Gordon’s lovely voice, we sang vegan versions of Hallelujah, Imagine and Amazing Grace.

The police stopped by for a chat and when the slaughterhouse staff saw so many people, they called in reinforcements, but everything was peaceful, and some activists were chatting in an amicable way to some of the staff. I invited the press and finally a journalist arrived, so I am hoping the vigil will be covered mainstream, where we want our message to be.

Please look at the photos, read the signs, feel the commitment of the activists present. It is because of people like these, all over the world, that society is changing to plant-based, and slaughterhouses will soon be a thing of the past. Imagine. Hallelujah. Amazing Grace. 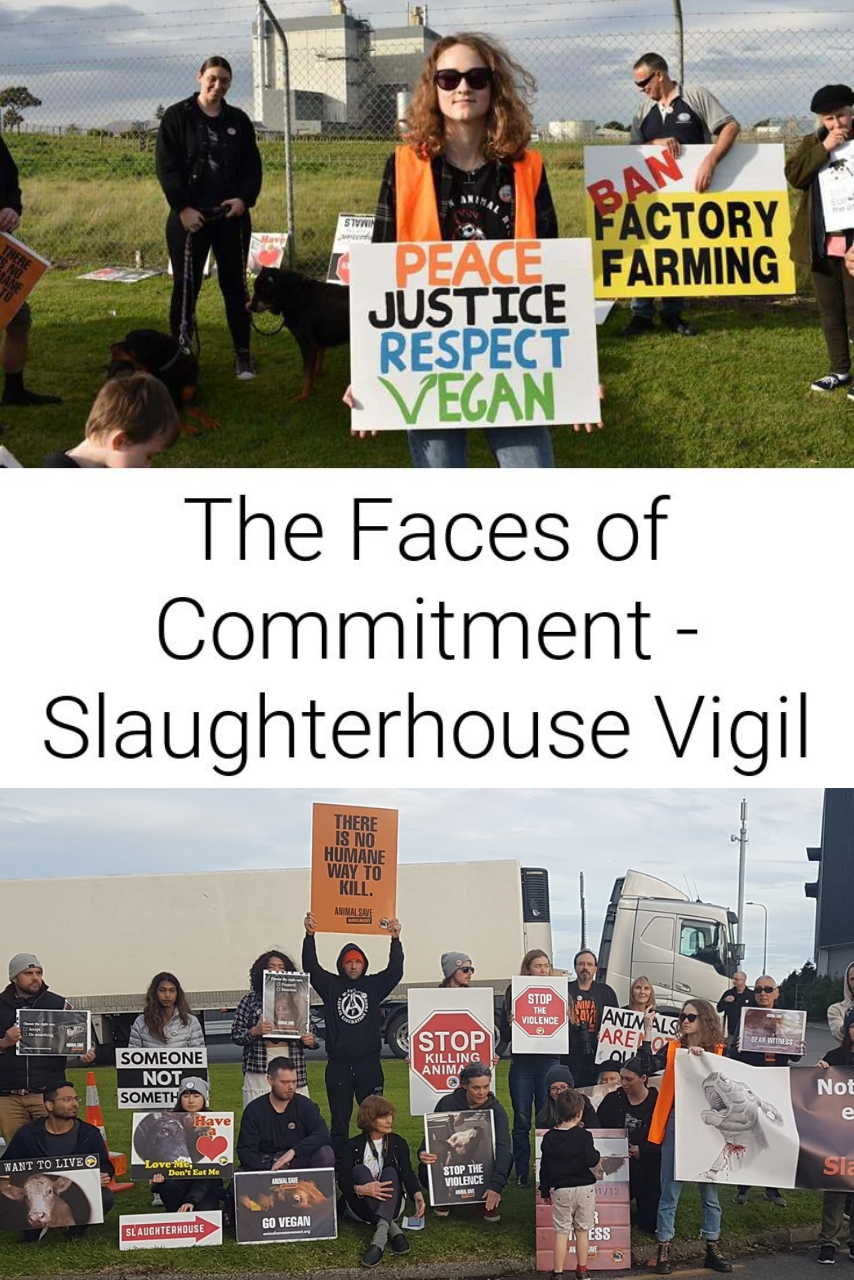