Cattle are raised in New Zealand for meat and milk production. They are also killed in enormous numbers. According to the Ministry for Primary Industries (MPI) statistics, in the year ending September 2020 there were 4,559,828 cattle slaughtered in New Zealand.

The graph below by Statistics NZ demonstrates the make-up of these deaths.

The graph illustrates that we are killing more and more cattle over time. This is hardly surprising given the intensification of dairying in New Zealand since the 1990s. Statistics from the Ministry for the Environment and Statistics New Zealand show that: “Dairy cattle numbers increased 539 percent (616,831) in Southland, 490 percent (1,041,501) in Canterbury, and 368 percent (302,806) in Otago between 1994 and 2015.”

Of concern is that the vast majority of cattle killed are incredibly young calves. Every year in New Zealand close to two million bobby calves are killed. A bobby calf is one that is defined by MPI as “surplus to farm requirements that are typically sent to slaughter aged between 4 – 14 days”. They were born with the express purpose of inducing lactation in their mothers. If you consume dairy, then you most definitely are participating in an extremely deadly industry.

Bobby calves in a crate awaiting pickup to the slaughterhouse. In 2015 Farmwatch witnessed them being left in a crate for eight hours without shelter, food or water.

One of the most harrowing facts about dairy and meat production from cattle is the killing of pregnant cows and their unborn calves. In New Zealand pregnant cows and their unborn calves can legally be sent to slaughter up until the last month of gestation. Since 2018 it has been an offence if animals give birth during transportation or within 24 hours of arrival at a slaughterhouse or a sale yard. And yet it still happens.

A recent official information act (OIA) request to the Ministry of Primary Industry (MPI) revealed that between October 2018 and December 2019 there were 99 infringements of $500 recorded for the offence of sending a cow to slaughter who either gave birth to a calf at the slaughterhouse or on the truck. This relates to 50 dairy cows and 49 cows raised for meat.

Draining our hearts of compassion

Is it acceptable that in a country claiming ‘high animal welfare standards’ that a heavily pregnant cow must travel in a stock truck for long hours without rest?

The regulations around the slaughter of pregnant cows are insufficient to protect them and their unborn calves from extreme suffering. The Commercial Slaughter Regulations (1 October 2018) stipulate that: “Any living foetus removed from the uterus must be killed or prevented from inflating its lungs with air and breathing.”Just how the calf is to be killed is left unstated and this is disturbing. The newborn calf is a defenseless and most vulnerable animal, capable of feeling pain. And yet she is prevented from breathing once born – this means she is killed by anoxia or lack of oxygen. Researchers at the University of Utrecht in the Netherlands have pointed out that mammal foetuses show resistance to anoxia and take longer to die from anoxia than adults of the same species. They say this means that calf fetuses may experience pain if killed by anoxia.

The ‘best practice’ considered in the Commercial Slaughter Regulations (1 October, 2018) is for the foetus to be left in utero for at least 15-20 minutes after the mother is killed so that the calf will die of anoxia before being exposed to air. However, regulations stipulate that at least five minutes should elapse.

If the calf is to be used for the collection of calf blood serum then the uterus containing the unborn calf is hung on a hook and a needle is put into her heart until it is drained of all blood.

And in draining the calf heart we are also draining our hearts of compassion and love for other species.

In 2018 investigative reporter Kirsty Johnston at the New Zealand Herald highlighted the ethical issues of calf blood serum and raised the question whether farmers are deliberately impregnating cows to cash in on the blood from the unborn calves’ hearts. This gives a whole new meaning to the phrase “cash cow”. In the same article Marcelo Rodriguez Ferrere, a senior law lecturer in the field of animal law and welfare says that impregnating cows that are going to be killed in not necessary and points to the sentience of the cows. He is quoted as saying, “we’re treating the cow as it’s seen in the law as a commodity – but just because the law recognises that as being acceptable doesn’t make it morally acceptable.”

Indeed we are nothing but monsters if we cannot see the depravity of the calf blood industry and bobby calves. But individual monstrosity aside, there are systemic farming issues that need to be addressed and changed if we are to stop this. The practice of ‘culling cows’ occurs on farms when there is a perceived need to reduce herd size. For example, there may be a drought and the farmer does not have enough feed. Whether the cow is pregnant or not the only option may be to have her killed.

Bobby calves are also an inevitable systemic outcome of dairying. The mother cow will only produce milk if she has given birth to a calf. The calf is not the primary purpose of breeding for the farmer – lactation is. That is why the calf may be considered ‘useless’. Because they are a dairy breed, some of these calves (such as jerseys) are not considered suitable to raise for their meat.

It is not difficult to see why farm animals like cattle are so vulnerable. They have absolutely no autonomy over their lives and – in some cases – are killed before they even get to take their first breath.

We are all vulnerable in life. Our vulnerability may be related to our physicality or our emotions – both of which we share with nonhuman animals. It makes sense, then, that animals are vulnerable as well.

Yet how often do we consider the vulnerability of animals with whom we share the planet? Few animals are more vulnerable than those who are being farmed. Their entire lives from beginning to end are shaped by the motive of profit. The scale of their suffering is likely unknown by most consumers because welfare ideology acts as a buffer against the  hard realities, such as slaughter.

The word ‘humane’ (meaning having compassion) is often attached to the word ‘slaughter’. Yet in reality there is nothing humane about taking the life of a young animal who does not want to die. And there is definitely nothing humane about removing an unborn calf while still in utero and either draining his blood or killing him on the spot.

It is unlikely that we will be able to erase the more obvious depravities of the dairy and beef industries by changes to welfare legislation alone. Systemic changes – and by this I mean the phasing out of animal agriculture and replacing with sustainable forms of plant agriculture – is the only way we can move forward. 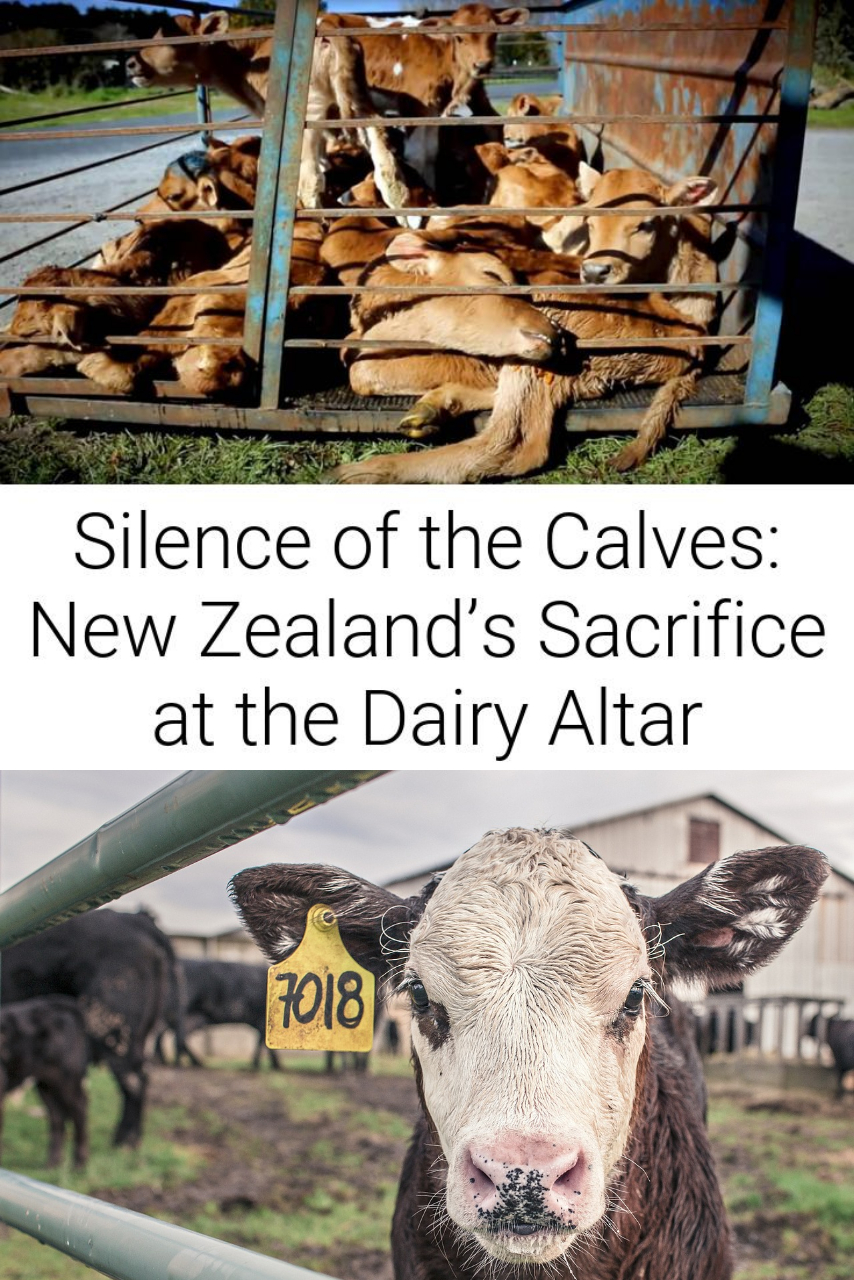