An 8-year long wait has come to an end: the bears get to go to the bear rescue centre!

This major operation saw 101 bears` being rescued from an ex bile farm in Nanning and taken on a 750-mile-long truck journey to the award-winning sanctuary of Animals Asia in Chengdu.

The journey started in 2013, when a new owner took over the land on which an ex bear bile farm stood. He was horrified to see dozens of bears in decrepit condition, living in tiny barren cages. They had been bred and held in captivity for their bile.

“We’ve rescued hundreds of bears over the years, but no one has ever attempted anything on this scale before, bringing so many bears home to sanctuary in a single operation,” said Animals Asia’s Founder and CEO Jill Robinson. “We couldn’t have done it without our amazing Bear and Vet team in China, without the help of the local authorities and without the help of the local community too. But most importantly we could never have done this without you, our supporters, our donors, our family.”

Bear bile contains something called “ursodeoxycholic acid”, which has been shown to treat certain liver diseases. Yet the bear bile trade in China is far greater as traditional practitioners prescribe it for anything from sore throats and muscle sprains to “something to help reduce to the overconsumption of alcohol”.

It has been used in traditional medicine for thousands of years and in the 1980s The People’s Republic of China developed bear farms where 7000 bears were kept in small cages for extraction. The so-called “Free-dripping Fistula Technique” is still used for extracting the bile, which involves inserting a catheter into the bear’s gall bladder to be able to drain its fluid daily. This causes the bears excruciating pain and they often even die due to the complications this causes – sometimes even malignant tumours.

Animals Asia, who has been rescuing bears since 1994, was contacted to rescue the homeless bears and began an arduous journey of legal and operational challenges, which only got worse during the pandemic.

With the last permit in hand, the team completed the historic rescue mission on May 27th after 55 hours of hard work from a specialised team of vets and bear carers.

Today an estimated 12,000 bears are held captive on bear bile farms across China, Vietnam and even Laos, Myanmar and South Korea, although there are now a huge variety of cruelty-free alternatives. 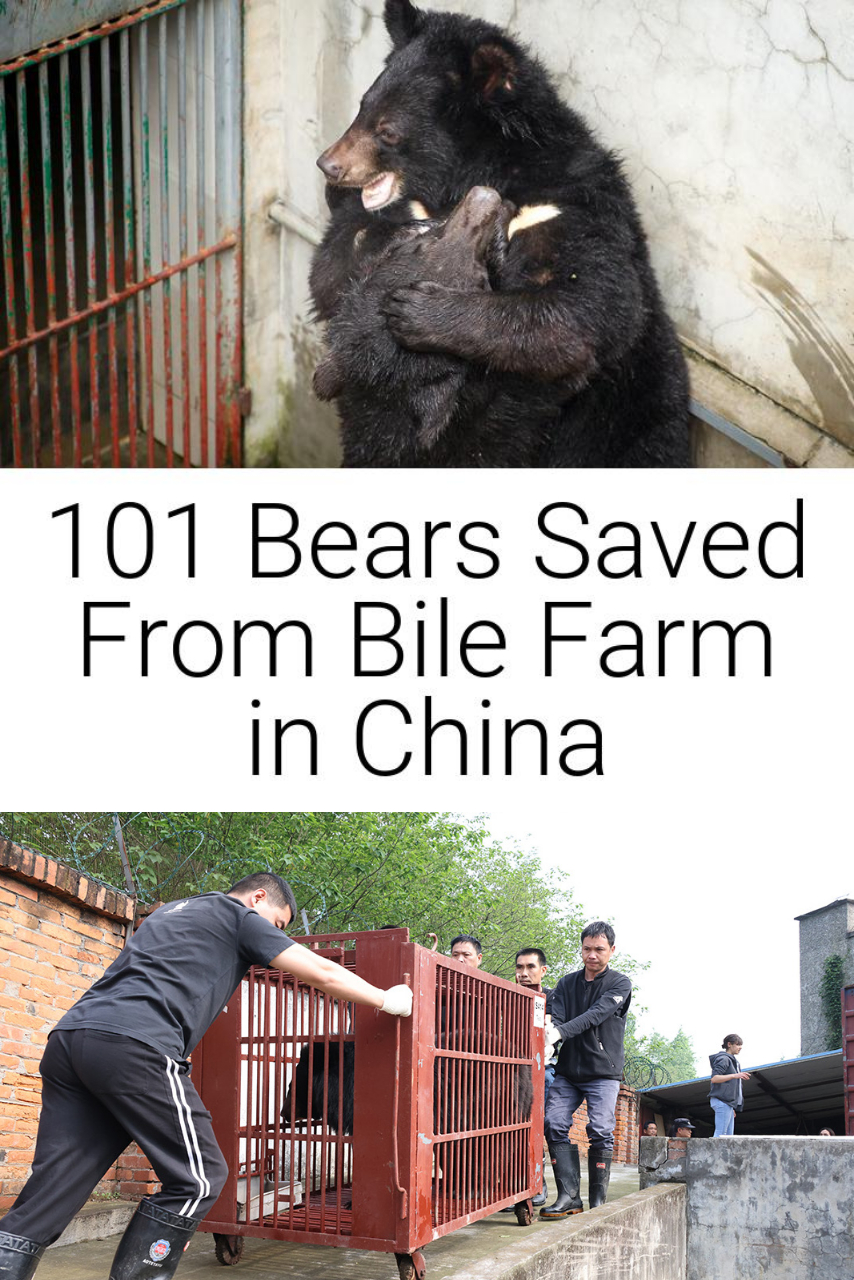