Home News Beyond Cruelty Urges UN to Include Ending Animal Exploitation to its Sustainable... 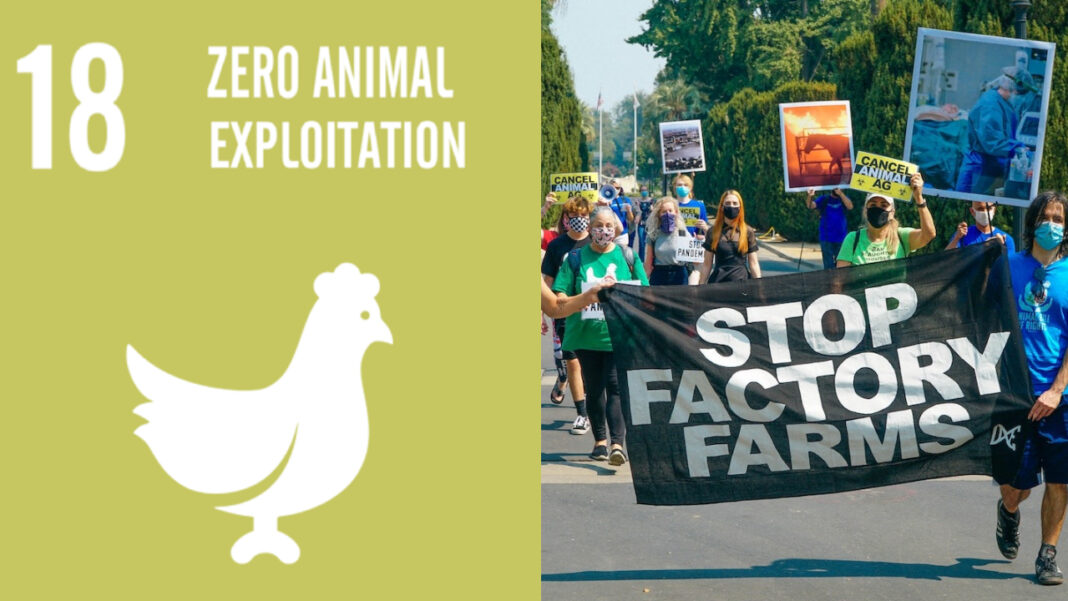 New charitable foundation Beyond Cruelty has wasted no time in letting the United Nations know there is room for improvement in its mission to create a kinder, cleaner, healthier world.  The foundation, launched earlier this week by the team behind Beyond Investing, Beyond Impact and Vegan FTA partners, Beyond Animal is calling on for an additional objective to be added to the UN’s current list of 17 Sustainable Development Goals (SDGs).

The 17 SDGs – part of a wider 2030 Agenda for Sustainable Development – are a shared blueprint by countries for peace and prosperity. They cover social, economic and environmental development issues including poverty, hunger, health, education, gender equality, clean water, sanitation, affordable energy, decent work, inequality, urbanisation, global warming, environment, social justice and peace.  However, according to Swiss-based Beyond Cruelty, none of these are obtainable without the addition of a proposed SDG 18: Zero Animal Exploitation.

“Whether it’s eradicating world poverty and hunger, achieving gender equality, implementing quality education for all, protecting the environment, and the many other issues the 17 SDGs aim to address, none of it is possible without reducing or ideally removing animal exploitation,” says Claire Smith, President of Beyond Cruelty.

The purpose of Beyond Cruelty is to seek a world where animals are no longer exploited by humans, whether it be for food, materials, testing, entertainment, hunting or any other aspect of human society or economic activity.  In its launch campaign, the new non-profit details how the exploitation of animals is an obstacle to achieving each of the 17 SDGs.  One such example is SDG 14: Life on Water.  This objective encourages conservation, yet promotes fishing as a sustainable activity, despite overwhelming evidence by scientists of the damaging impacts of over-fishing as well as huge numbers of other sea creatures caught as ‘bycatch’.  SDG 15: Life on Land discusses deforestation and restoration of habitat, but makes no mention of animal agriculture – a key driver of deforestation, biodiversity loss and habitat destruction.

“None of the SDGs even mention the 70 billion land animals and possibly 1 trillion marine animals killed every year for the purpose of human consumption,” says Smith. “They also ignore many of the other highly damaging aspects of animal agriculture including inefficient use of resources, amount of greenhouse gases emitted and waste that poisons rivers. It’s shocking that none of the SDGs suggest that humans should in any way arrest the inexorable increase in animal exploitation. This is a major omission and it’s why we’re proposing the addition of SDG 18 – Zero Animal Exploitation, to accelerate the transition to a compassionate, kinder, cleaner and healthier world for all.”

Beyond Cruelty has designed and registered a tile graphic featuring a chicken (the land animal that suffers the most in terms of quantity of individuals harmed) to add to the existing collection of tiles that represent the UN SDGs.  The organisation plans to collaborate with animal charities and activists to encourage them to endorse and support the campaign. “We’re hoping that the combined force of the global charities for animals, wildlife and conservation, and sustainable consumption, will persuade the members of the UN that this Goal of Zero Animal Exploitation should be added as number 18 in the series of Sustainable Development Goals approved by the United Nations,” says Smith.

A social media campaign is set to be launched, using the hashtags #missingSDG #SDG18 #zeroanimalexploitation and #beyondcruelty.

Watch out interview with Claire Smith, President of Beyond Cruelty: 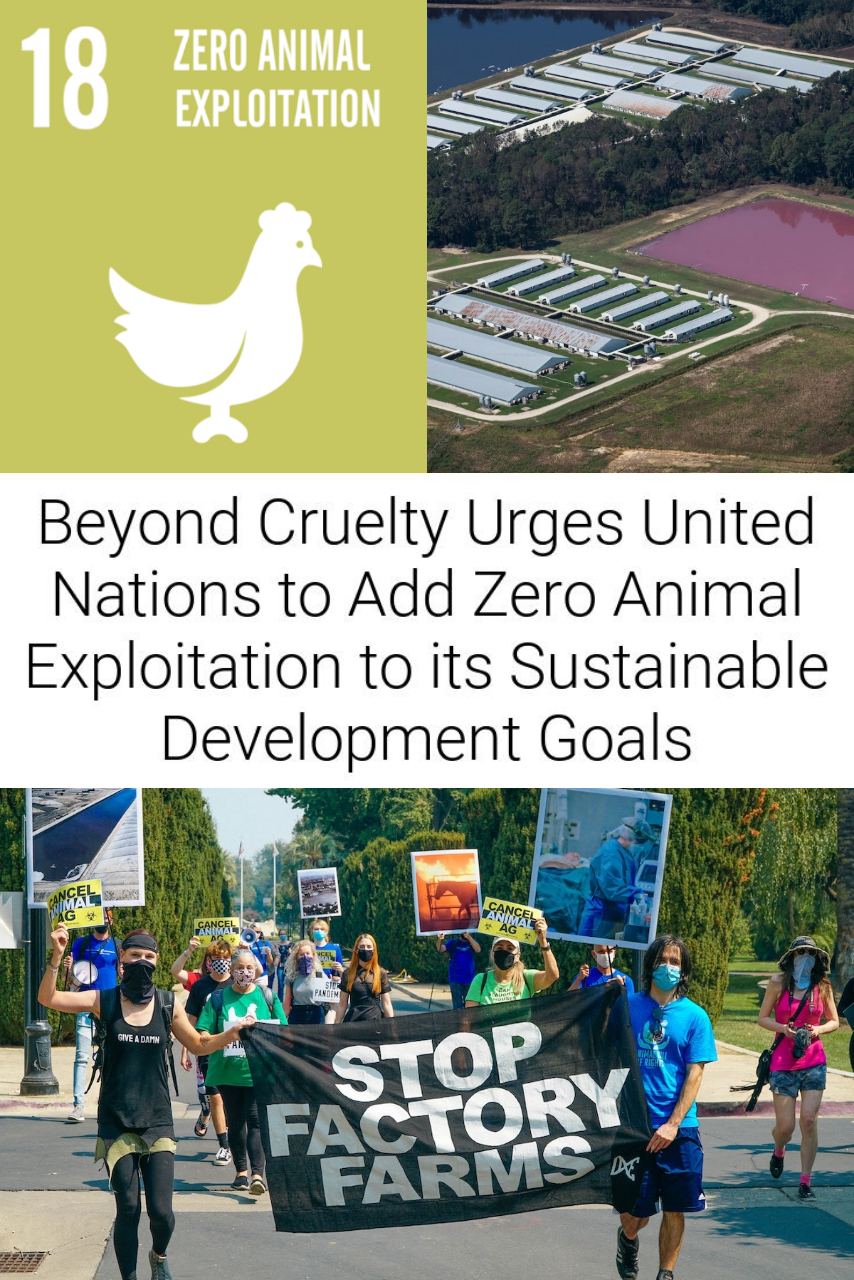