British billionaire, investor and philanthropist Jim Mellon, is foreshadowing a huge change in the way we consume and farm our food.

The jaw-dropping predictions all came to light in an interview he gave on Euronews about his new book “Moo’s Law: An Investor’s Guide to the new Agrarian Revolution”.

For him, it all started with the pandemic…

The outbreak of Covid19 shed light on the food malpractices that happen daily and have now shown to have an impact on a global scale.

Today, a colossal 80% of antibiotics are pumped into industrially farmed animals, which poses a huge risk of infection in us humans. Mellon argues that to avoid further pandemics in the future, we must move away from food malpractice and, with that, towards plant-based and cell-based agricultural solutions, making our food cleaner, less environmentally damaging and not laced with cruelty.

With the farming of livestock cut down, so will the CO2 it releases, which accounts for up to 18% of emissions that directly cause global warming.

First, Mellon says, the milk industry is set to implode, as he describes it as being in “terminal decline”. With all the plant alternatives out there and the rise of “precision fermentation” technology that grows milk proteins in labs, the farming of dairy cows will be over within just 10 years.

Next on the chopping block is the meat industry: according to Mellon, plant-based alternatives, as well as cellular agriculture, will take over. He is so sure of this that he not only runs his own cellular agriculture investment firm – it is the largest of its kind in the world.

Cell-based seafood brands are also on the rise. Mellon’s third prediction is that by 2040 all seafood will be grown in factories. The health of our oceans, the detriment overfishing causes to it, and the general wellbeing of our planet are all becoming increasingly evident to people, as awareness has grown with documentaries such as Netflix’s recent “Seaspiracy”.

The demise of the industrial farming of animals being on the horizon is, of course, elating news and fuels the vegan dream, but it does pose a few questions:

Although the lab-grown food is cruelty-free, it does derive from animal cells and, of course, raises ethical questions about “playing God” and taking control of nature.

On the other hand, Mellon believes that by 2035 lab-grown alternatives will reach regular store prices, making it affordable to the masses, therefore making farmed meats obsolete.

He also asserts that a move away from agriculture will push change and innovation, creating new, higher-paid jobs that will prevent high unemployment rates.

Although the fall of the agriculture industry may not exactly result in a direct move towards an entire vegan population, lab-grown alternatives are a huge step in the right direction and will surely have a huge positive impact on people’s health, the health of our planet and perhaps more ways we cannot even imagine yet.

Main Image from We Animals 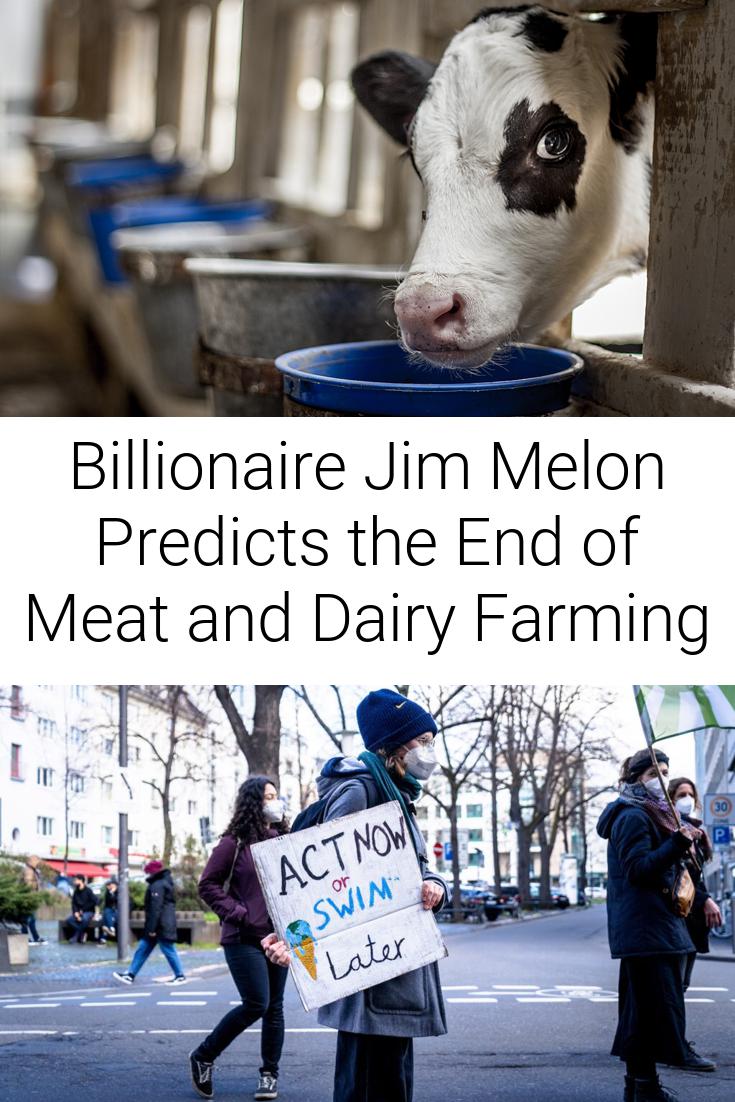