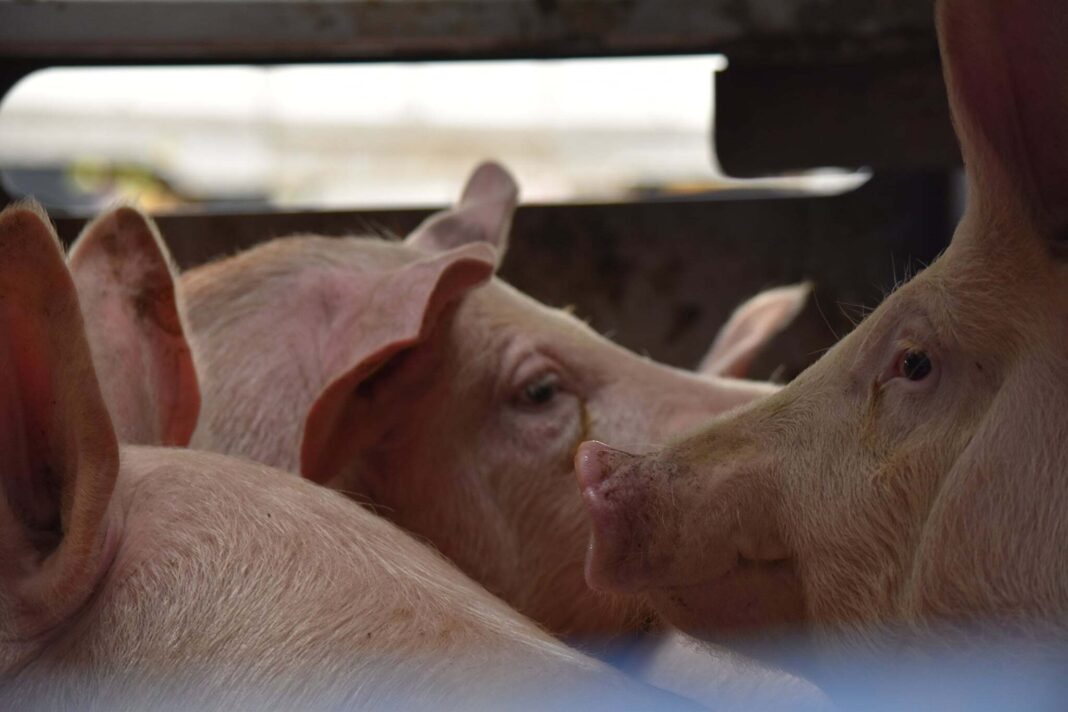 I have always believed there is much more good in human nature than bad. We are ignorant, yes; broken, yes; but not fundamentally bad, at least in my view. I adhere more to the Rousseau theory that we are essentially good but corrupted by society, than the Hobbes theory that we are inherently nasty and brutish and need social rules to improve our bad nature. Similarly, I subscribe more to the Hindu/Buddhist belief that our true nature is pure, rather than the Christian belief that we were born corrupted, with ‘original sin.’

Science tends to agree with me, actually. In a recent experimental design, babies showed a definite preference for choosing good behaviour over bad (in the study the infants chose the ‘helper’ over the ‘pusher’). My belief in basic human goodness means I cannot take up polarizing attitudes that paint all farmers as bad, for example, and slaughterhouse workers as evil.

Before Betty and Lonia arrived, I was standing on my stepladder taking photos of the cows. I saw the pig truck came slowly around the corner, and instead of driving into the forecourt it stopped. I braced myself for more trouble, but then the driver, the same one who abused me last week, beckoned to me. I wasn’t sure what to expect, but went over to him. I was astounded when he said: ‘You can take photos of the pigs if you like’.

I went back for my ladder and took some photos of the drowsy, just waking pigs. When I went up to the cabin to thank him he apologised for his behaviour last week. He said he was angry with us, and was also concerned that we were taking photos of his truck. He’s had graffiti plastered over it before. He admitted that he handled himself badly, virtually acknowledged that he used his truck to try and intimidate us, and said he was sorry.

People more cynical than I will say that his change of heart is because I rang his company this week and made a detailed complaint about him, mentioning I would be contacting MPI and the Police. There is obviously something in this, but I could see by talking to this driver today that he felt bad about the whole thing. He said he’s just doing his job to the best of his ability, that he is in his truck six days a week, working hard to support his family. He is also fearful that if his licence plate is put online, there could be bad consequences. I told him we were upset to hear the pigs screaming and to see them waving sticks with plastic bags in their faces. His reply was telling, from someone who knows pigs well: ‘PIGS ARE VERY INTELLIGENT. They get here and they won’t move. They don’t like the plastic bags in their faces, so this gets them going’. I suppose it is better than electrocuting them.

I know that my way of thinking and this truck driver’s are poles apart. But we are both human beings, with our strengths, weaknesses, limitations and conditioning. One thing I do know is that there is enough hatred and division in the world already (born out of ignorance, ego and weakness rather than inherent evil) and if somebody has the grace to apologise, then I have the grace to accept it. I also don’t hesitate to apologise to someone if I think I’ve done something wrong. I am withdrawing my complaint to MPI, and won’t bother contacting the Police.

Hopefully this driver will stop every week, and we can bear witness to the precious, intelligent and aware sentient beings he carries. Who knows, we may even be able to arrange to save some of them. 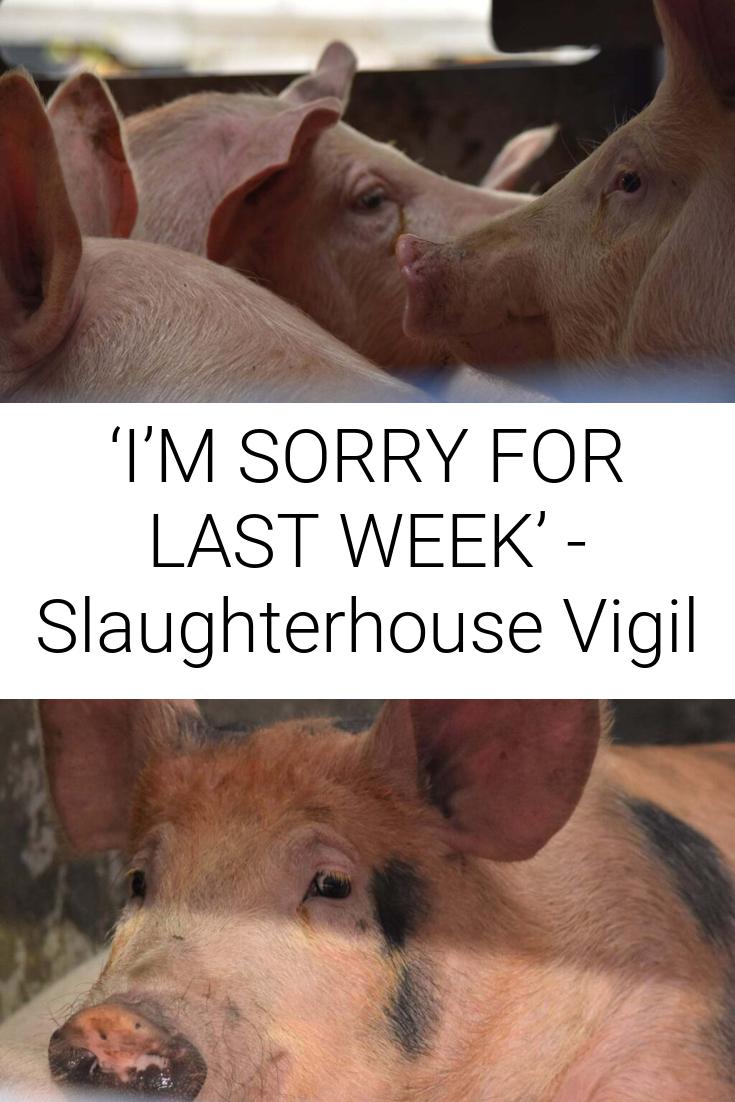