Harvey Lewis of Cincinnati, Ohio has gone and done it again: he won first place at the Badwater 135 Ultramarathon, dubbed the toughest race on the planet.

Not only is this a highly commendable achievement in itself, but as fellow vegans we can’t help but see this as a victory for us too!

Lewis attributes his success to his plant-based diet, having stopped eating meat back in 1996 and completely ditching animal-derived products by 2016.

The decision to become a vegetarian came after his mother had a stroke at age 54 and he began learning about the impact of diet on one’s health, now urging others to eat less meat to improve their own wellbeing.

He felt such a positive change in his athletic performance that he moved to a completely plant-based diet.

“It’s the single most important ingredient to my longevity in the sport. My health, energy, and performance as a runner changed dramatically when I became vegetarian [and, more recently, vegan]. I truly believe it’s possible that I could win 24-hour races for many years to come” he told VegNews.

The Badwater 135 Ultramarathon is a 135-mile non-stop marathon from Death Valley to Mt. Whitney in California – and is not called the most extreme running race in the world for nothing. Starting at 280 feet below sea level (the lowest point in North America) and ending at 8,360 feet (the highest point in the U.S.) the course covers 3 mountain ranges, all temperatures from scorching hot to freezing cold and is the ultimate test of endurance.

Lewis completed the race for the 10th time, securing his second 1st place and 5th time on the podium. After only 25 hours and 50 minutes the vegan ultrarunner crossed the finish line and took home the win!

His 20-year-long vegetarian diet and now 5-year-long vegan diet have allowed him to bounce back quickly from high-endurance races, as he reveals being able to run a 158-mile race one day and then run to school to teach his classes the next!

“I credit much of my success in ultrarunning to a stomach that enables me to devour tons of food and start running instantly” Lewis explains.

In fact, a recent study published in the Nature Research Journal showed that a vegan diet is more favourable for submaximal endurance levels than a meat-eaters due to its higher carbohydrate content, additionally decreasing oxidative stress and inflammation in the body, which is the reason a lot of athletes are adopting plant-based diets. Here are just a few you may have heard of:

Now who else is never going to let anybody tell them that vegans don’t get enough protein in their diet? 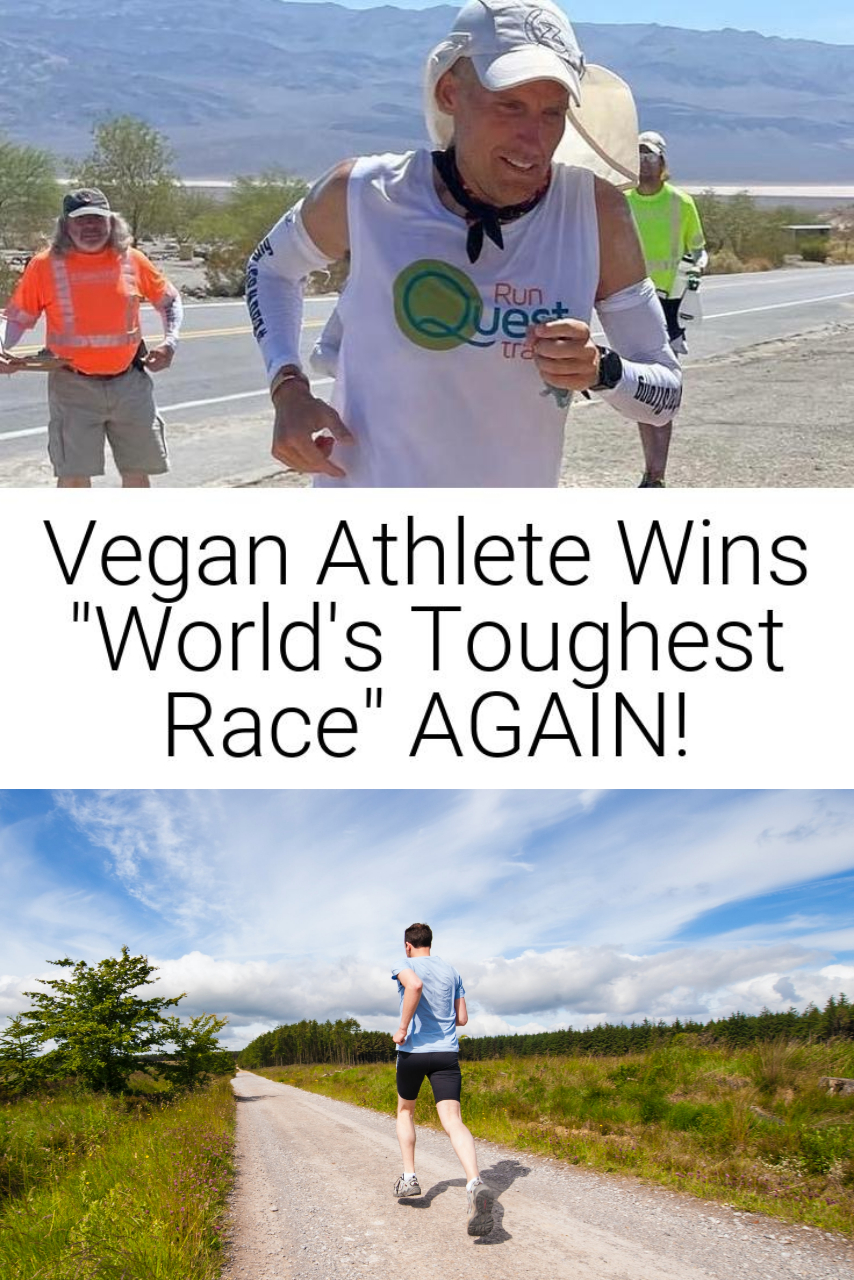