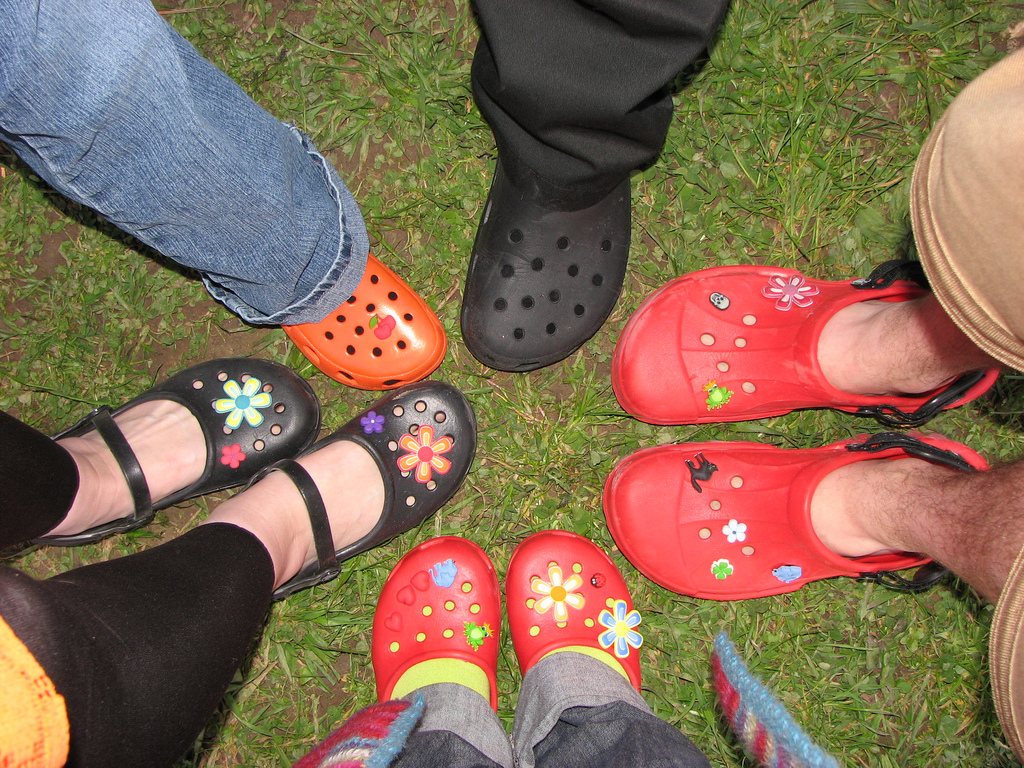 However, 100% vegan not only means leather-free.

According to The Vegan Society, even shoes made out of synthetic materials – marked with the diamond symbol – can contain animal-derived products, such as glue made from animals’ connective tissue or bones.

The leather symbol merely indicates the use of animal skin, so it is also important to check for any wool, fur, down or silk before buying, as these are also animal-derived and therefore not vegan-friendly.

Since its inception in 2002, Crocs has committed to being a company of the people, for the people and for the planet, reducing its environmental impact wherever possible.

The Crocs we know and love are largely made from a synthetic material called Crocslite, which is a foamy material that moulds itself to your feet and is the reason Crocs are so darn comfy!

Not only is this innovative material vegan, 45% of its scraps are recycled during the shoes’ manufacturing process, which significantly reduces the company’s waste.

Additionally, over 85% of all their shoes are sold without boxes, eliminating waste on the consumers’ end too.

A typical running shoe’s manufacturing process will generate up to 13.6kg of CO2 emissions, whereas a pair of Crocs releases a mere 3.94kg of CO2 into the atmosphere.

As we can see, Crocs is a company that values sustainability, even donating their unsold shoes to those in need and, in doing so, saving around 90,000 shoes from ending up in landfill every single year!

But Crocs is not a company that rests on its laurels, announcing its goal to go 100% vegan by the end of 2021 and therefore completely eliminating the animal-derived leather materials featured in some of its designs.

This is not only a victory for the animals that will be spared from cruelty, but also for humanity and our environment, as the chemicals used to stop the animal skin from decaying are extremely toxic to the planet and the people that work in the manufacturing line.

Croc’s ambitious sustainability targets set for 2030 include the following objectives:

We applaud CEO Andrew Rees for committing Crocs to being accountable for its impact on the animals and world, reducing its environmental footprint wherever possible and being an advocate for community and inclusivity. 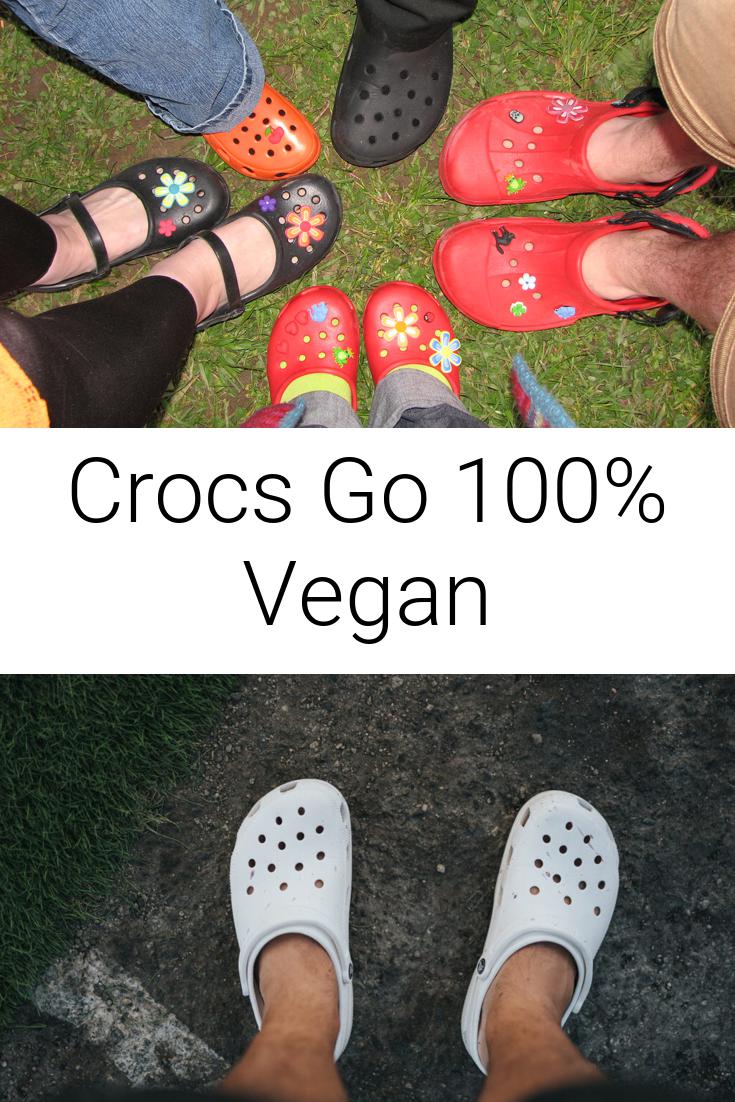