In a bid to “end factory farming before it ends us”, vegan charity organisation Viva! surveyed 2000 Britons earlier this year about their views on the industrial farming of animals.

The eye-opening results showed that a monumental 9 in 10 British citizens want the British government to end factory farming immediately.

The public’s disdain for industrially farmed animals was mainly due to the global pandemic and the concerns it raised about where our food comes from.

Additionally, a more recent survey from June of this year revealed that it is precisely the people who are especially committed to keeping meat as part of their diet who play down the part that industrial farming has on disease outbreaks like Covid-19. They preferred reactionary solutions by the government to the spread of animal-borne diseases, rather than acknowledging that it is, in fact, their meat-eating habits that need to change.

According to the Guardian’s Environment Agency, more than half of the pig and poultry farms in the UK are now classified as “intensive”, i.e. holding over 40,000 birds or 2000 pigs each.

When large numbers of animals are crowded together into small spaces – both in rearing and during long-distance transportation – their welfare is completely neglected:

None other than the United Nations issued a report maintaining that the 2 main causes for epidemic outbreaks are unsustainable livestock farming and the demand for animal protein – the latter being the obvious cause of the former.

The scientific evidence doesn’t lie. Neither does public desire.

International health institutions, scientific research, animal welfare groups and now even the British public are all urging the government to stop subsidising factory farming in the UK, costing taxpayers over $650 million a year.

Join the 85% of the British public and Viva! In their quest to end factory farming and, with that, the leading cause of antibiotic resistance, animal cruelty, climate change and environmental damage here. 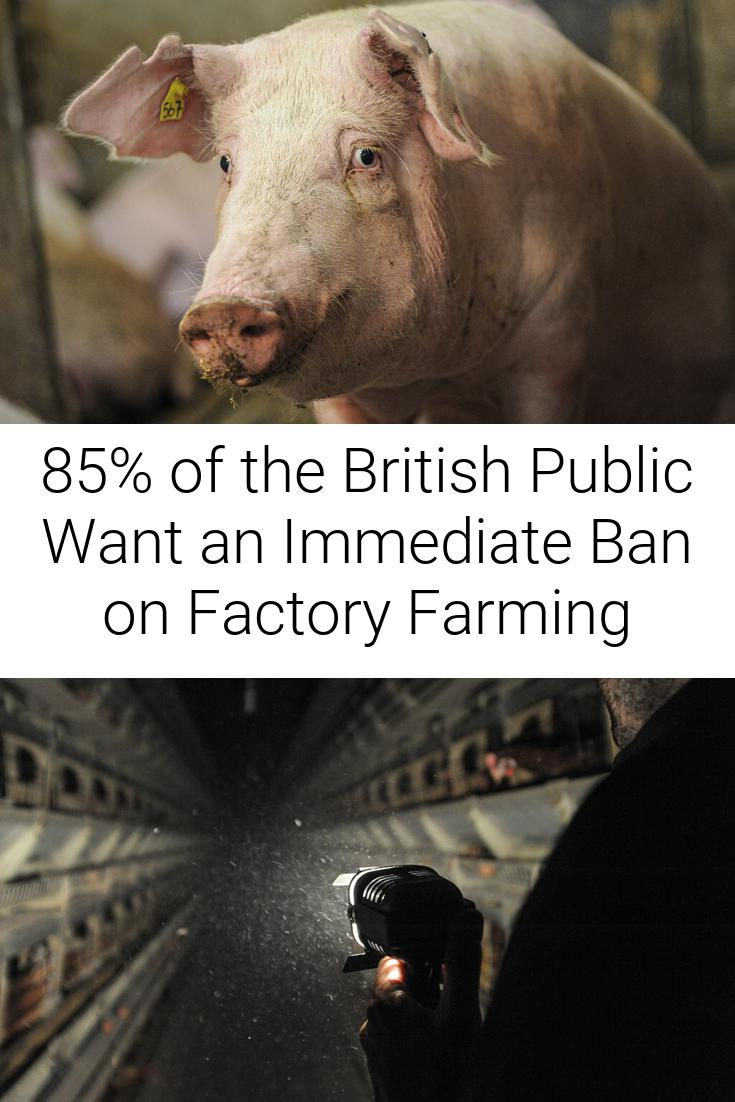