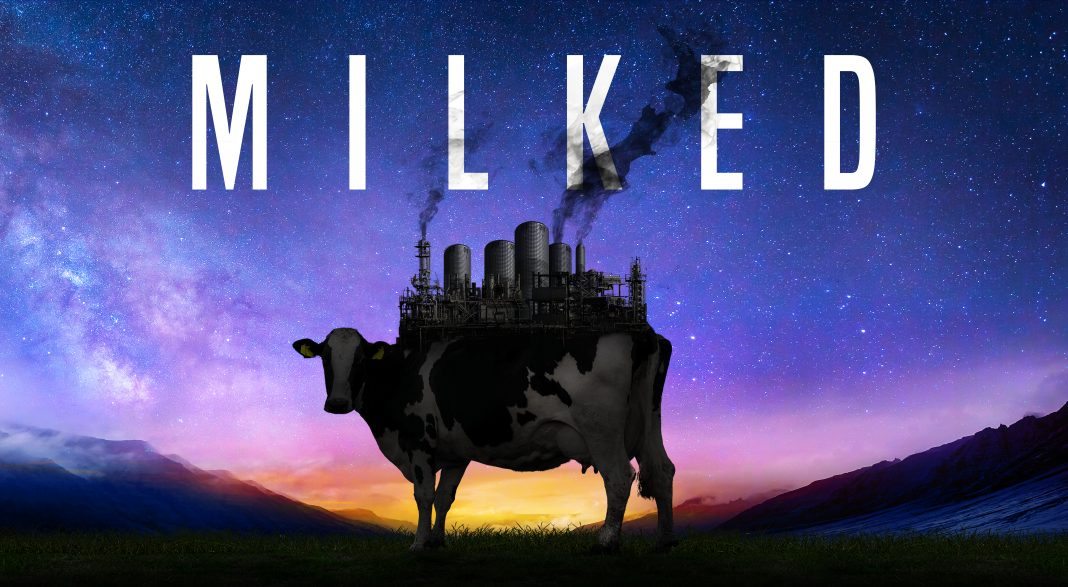 MILKED follows young activist Chris Huriwai as he travels around New Zealand, searching for the truth about how this source of national pride has become the nation’s biggest threat.

The film chronicles how Aotearoa has gone rapidly from a land with no cows to being the biggest exporter of dairy in the world. But the industry seems to be failing in every way possible.

“We originally planned to investigate the environmental and health impacts of all animal agriculture in Aotearoa but once we got further into researching, it was obvious that dairy was the story to tell,” says MILKED Director and Producer Amy Taylor.  “And with dairy giant Fonterra inviting Chris to meet with them and then backing out, we became even more curious about what was going on.”

Producer and Presenter Chris Huriwai adds that the film weaves together a number of messages that are important for all New Zealanders: “I already knew a lot about the dairy industry and its trajectory before working on this project, but MILKED helped bring all the pieces together. This experience emphasised the urgency of these issues, but in a way that also provides a pathway for change.”

Featuring interviews with high-profile contributors including Dr Jane Goodall, environmentalist and former actress Suzy Amis Cameron and Cowspiracy co-director Keegan Kuhn, as well as experts from the fields of ecology, economy, politics, medicine and more, MILKED reveals the behind-the-scenes reality of the New Zealand dairy farming fairy-tale. The film uncovers alarming information about the impacts of the industry on the environment and health, leading up to the discovery that we’re on the edge of the biggest global disruption of food and agriculture in history.

Dubbed “a powerful wake-up call that the world is getting milked” by Oscar(R))-winning filmmaker James Cameron, MILKED is an impactful global story told with a local eye, and also points to what New Zealand and other countries can do to change their fate.

MILKED will premiere on Saturday 6 November at the Isaac Theatre Royal in Christchurch and will screen throughout New Zealand during November and early December as part of Whānau Mārama: New Zealand International Film Festival 2021. Visit the Festival website for screening details.