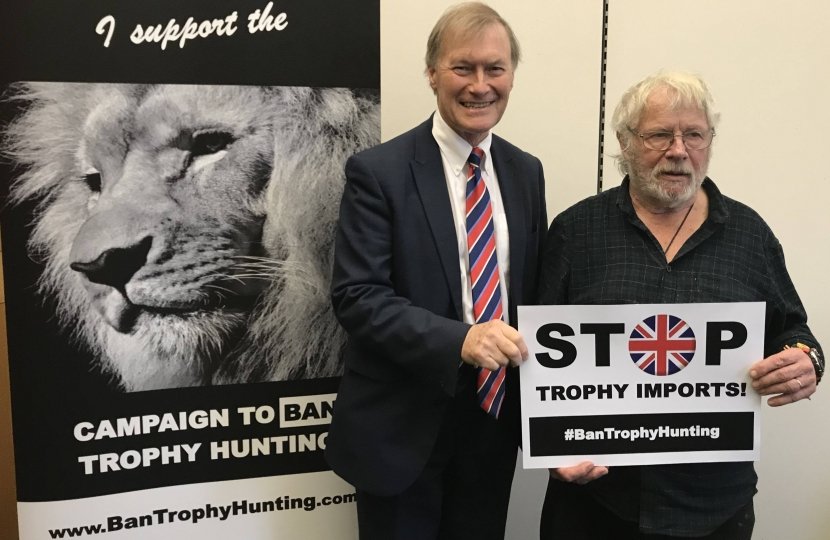 The UK could ban the import of hunting trophies if we pressure the government enough. There is currently a petition titled “Ban All Trophy Hunting Now”, aimed precisely to do so. It is quite close to getting its target, so please help by signing it and sharing it.

If like 85% of UK voters, you are against trophy hunting and would like to see it abolished, you can campaign for the banning of importing trophies from hunting. Without the ability to bring home their perverted trophies to brag to their mates, trophy hunters might think twice about traveling abroad and spending lots of money to kill majestic wild animals. Without the heads, horns, tusks, and skins of the animals they cowardly butchered, they may give up.

The UK government promised to ban the import of hunting trophies since 2019, but no steps have been taken in that direction yet. It has also said its proposed ban will only apply to the most endangered species, which is not good enough. So, we need to tell Boris Johnson, UK’s Prime Minister, that we want a total ban of all trophies from hunting now.

Eduardo Gonçalves, founder of the Campaign to Ban Trophy Hunting, recently told me the following:

“The government says it only plans to ban trophies of the most endangered species. Why? Do endangered species feel pain more than other animals? Trophy hunting is simply wrong – no ifs not buts. Only 3% of voters agree that a ban should be limited to endangered animals. Almost 9 in 10 voters think ALL trophies should be banned.”

He also commented on the recent tragic murder of a member of Parliament, who was a strong supporter of the ban:

“Sir David Amess MP was one of the most prominent campaigners for a trophy ban. He moved a parliamentary motion earlier this year, made passionate speeches in Parliament, recorded videos, and was campaigning for a ban at the Conservative conference just a couple of weeks ago. What better tribute to a man who spent most of his parliamentary career standing up for animals than to help put an end to the most senseless and barbaric types of animal cruelty that still goes on today.”

“As well as signing this petition, we would also urge people to contact their local MP and them to sign Early Day Motion 490 – Ban on Trophy Hunting Imports. It pays tribute to Sir David and reiterates his call for the government to ban all trophies as soon as possible and for law-breakers to face jail.” British citizens can find their MP and write to them directly via www.writetothem.com