The renowned international environmentalist organisation Greenpeace has begun criticising animal agriculture for its environmental destruction in a series of Instagram posts focused on the meat industry.

Greenpeace Denmark has released a new study which found that major players in the animal meat industry are focusing their marketing campaigns — often targeting vulnerable groups such as children — on seven “myths”:

• Myth 1: ‘Meat is part of the climate solution, not the problem’

• Myth 4: ‘Good women prepare and serve meat to their family’

• Myth 7: ‘Eating meat is about freedom and choice’

In early December 2021, Greenpeace’ 3.9 million Instagram followers could read this in a post showing a pig with a long nose, Pinocchio style: “The world of meat marketing is a happy place. It’s dominated by the color green and populated with idyllic farmhouses and free-range animals on lush pastures. However, behind this carefully constructed dream the meat industry is selling us, lies a different reality: from climate change to forest fires to human rights abuses, the global industrial meat industry leaves a trail of destruction all over the world.”

In an Instagram post showing a cow with a long nose, they write: “Growing global meat consumption is fuelling the climate crisis, with the production of animal-based products (and the feed for those farm animals) accounting for almost one fifth of all global greenhouse gas emissions. Science also points to the detrimental health effects of eating too much meat, as Europeans currently do. Instead of facing this reality, the meat industry uses every marketing trick in the book to drive up meat consumption in European markets. It is time to dismantle the meat industry’s propaganda machine and introduce advertising restrictions and regulations for the meat industry in line with other categories like tobacco, junk food and alcohol.”

Seeing prominent environmental organisations finally sending messages against animal agriculture is very encouraging — even if they have failed to explicitly mention animal suffering. However, it is surprising that a cow is shown in the image of this post, and yet the message is talking about the meat industry rather than the dairy industry. It’s hard to understand why Greenpeace would not add the dairy and egg industry in their campaign, as most of the arguments and criticisms they use are perfectly applicable to them too. We hope that equally damaging parts of animal agriculture will be addressed in subsequent posts. 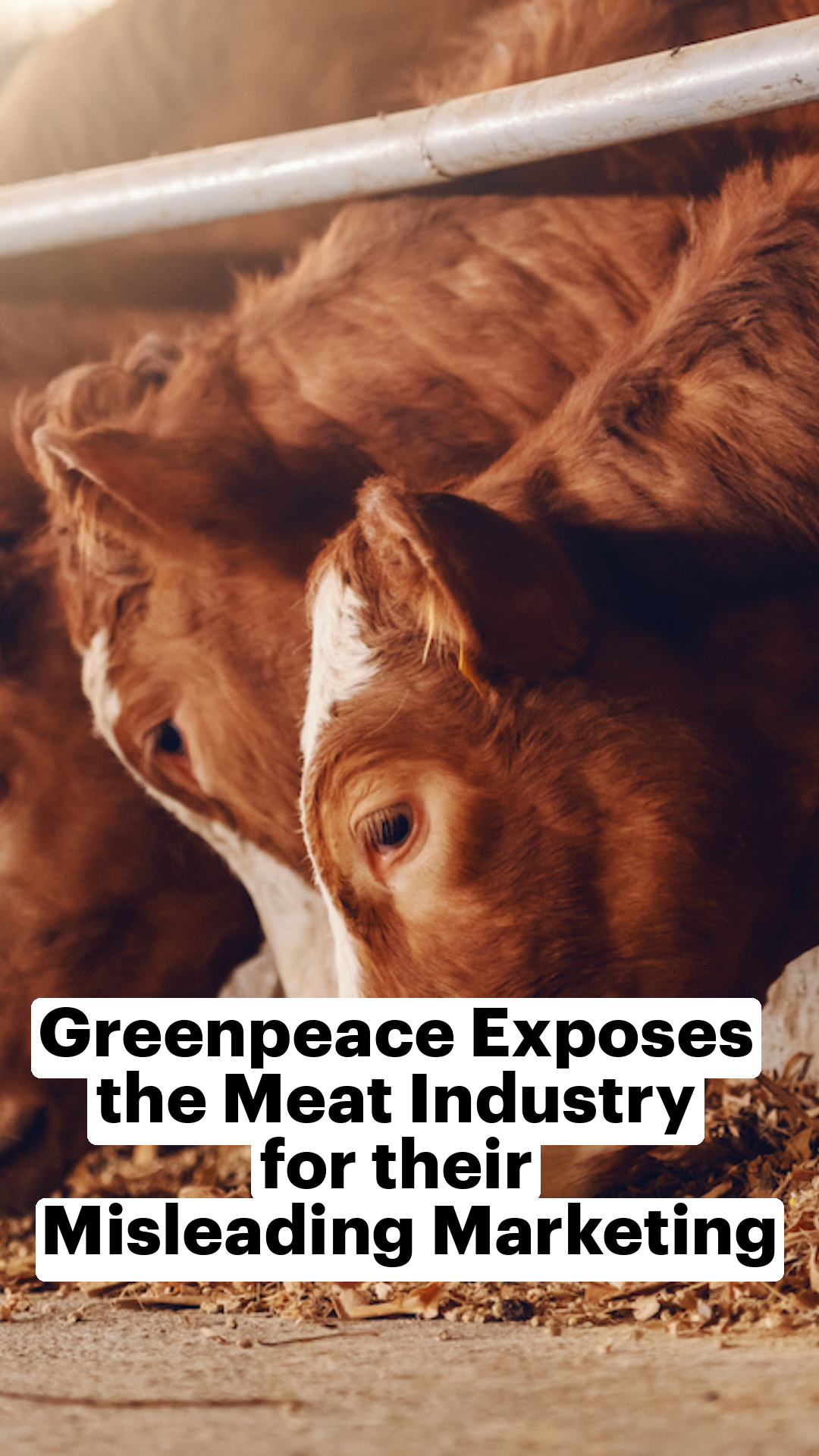