Celebrities from all over the world are giving a hand — or a paw — to Animal Asia’s last bit to rescue all the remaining Asiatic black bears (aka Moon bears) in Vietnam from the horrible bile farm industry.

Ricky Gervais, Dame Judi Dench, Russell Crowe, Sir Paul McCartney, Kim Basinger, Slash, Matt Sorum, Joaquin Phoenix, Jane Goodall PhD, Virginia McKenna DBE, Richard Gere, and many more have signed a “Moon bear pledge”, some also producing supporting videos under the campaign “Raise your Paw” run by the animal protection organisation Animals Asia. In his video, renowned actor, director and writer Stephen Fry called animal lovers around the world to join him in signing the pledge: “Please don’t stand by and let these incredible animals fade away. This is one problem we can all fix. Raise your paw for the moon bear.”

In the bear bile farms around several countries in Asia, where cramped inhumane conditions are the norm, the bears’ bile, used in traditional medicine, is drained through catheters or needles inserted into the animals’ gallbladders, a painful procedure sometimes repeated daily.

Jill Robinson, Animals Asia Founder and CEO, said: “We’re on the cusp of ending bear bile farming in Vietnam forever, bringing to a close an industry that causes decades of suffering for beautiful, forgiving moon bears…Together we can make this historic change happen by putting kindness in action. Please join me and thousands of others in taking the moon bear pledge.”

The practice of farming Asiatic black bears and sun bears — both considered vulnerable to extinction — started in the 1990s to meet the growing demand for bile. Despite the fact the bile bear industry was made illegal in Vietnam in 1992, loopholes and demand allowed it to continue, and there are around 400 bears still tortured in Vietnamese bile farms. However, in 2017, the Vietnamese government agreed to end bear bile farming once and for all and signed a historic Memorandum of Understanding with Animals Asia, naming the charity their official partner in bringing the industry to a close. The government aims to close all bear farms by 2025.

Animals Asia needs to rescue all the remaining bears and send them to sanctuaries, which will take some time. As Animals Asia’s Vietnam Bear Rescue Centre in Tam Dao approaches its full capacity, a new sanctuary needs to be built before the organisation can finish rescuing the bears remaining on farms. 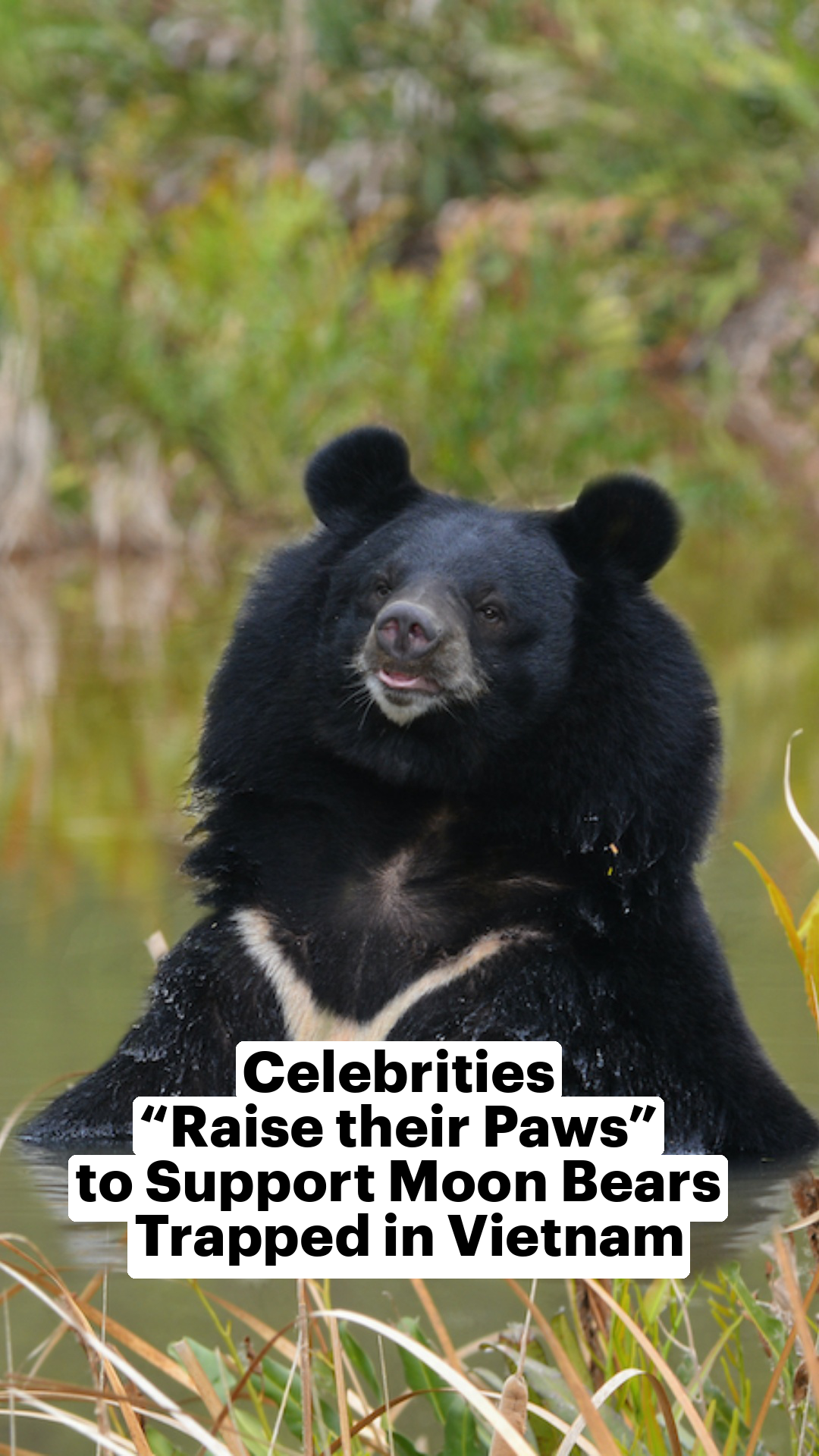