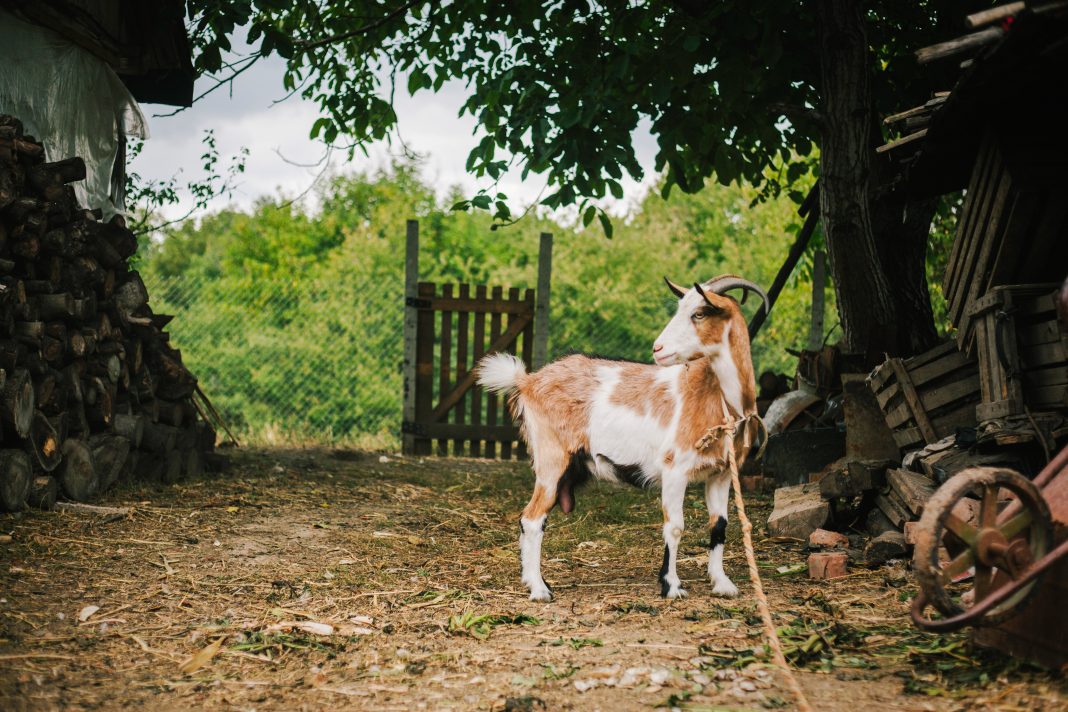 The Animal Save Movement and In Defense of Animals’ Interfaith Vegan Coalition are urging charities to switch to plant-based aid programs which provide more food, and more stability by growing crops to eat directly instead of feeding them to animals. Plant-based projects can help alleviate poverty, reduce world hunger, and create sustainable practices for a healthy planet. Thousands of In Defense of Animals supporters and concerned citizens have already joined the campaign this holiday season.

In the lead-up to Christmas, many people are feeling generous and want to help those less fortunate than themselves. There are a number of organizations that have launched campaigns, suggesting that one way to help those suffering poverty and hunger is to gift them an animal, such as a heifer. As a result, farm animals are purchased in great numbers by generous donors. Unfortunately, this can result in unintended consequences. The animals must be fed and they need a lot of water, and in so many places water is getting more and more scarce thanks to climate change. Veterinary care is often limited or totally lacking.

It will be ever so much better to help by supporting plant-based projects and sustainable irrigation methods, regenerative agriculture to improve the soil. Well this means charities must develop plans to create a gift package that will appeal to the generosity of those who want to help those less fortunate than themselves. Thank you.

Development charities can alleviate poverty and hunger by:

“We are so pleased Dr. Jane Goodall is supporting the Stop Animal Gifting campaign by urging shoppers to boycott animal gifting this Christmas in favour of plant-based projects. The campaign which launched in the run up to the holiday season aims to mitigate climate impacts, save water, alleviate poverty, improve human health and eliminate animal suffering,” says Anita Krajnc, ED of Animal Save Movement.

“There has been increased demand for sustainable gifts this year — with shoppers willing to pay more for something that is sustainable. The Stop Animal Gifting campaign hopes to redirect well-meaning donations towards true, sustainable development comprising plant-based food projects,” Krajnc added.

Nicola Harris, communications director for Animal Save Movement, says, “Thousands of concerned members of the public have emailed Oxfam, World Vision, Heifer International and Christian Aid asking them to stop animal gifting and implement plant-based projects. All the charities declined requests to meet with Animal Save Movement ahead of the campaign launch to discuss the roll out of plant-based projects. The damaging impact of these programs are huge, with Heifer International alone sending over 720,000 animals last year.”

“Animal gifting does more harm than good. Gifting cows, goats, or chickens sucks resources from those who need them most, burdening those who can least afford it,” said Fleur Dawes of In Defense of Animals. “We are proud to stand alongside Dr. Goodall as a beacon of wisdom, reason, and charity in the giving season. Gift sustainable plant-based aid to support long-term wellbeing for all people, animals and the planet.”

Marc Bekoff, professor emeritus of Ecology and Evolutionary Biology at the University of Colorado, Boulder, a Fellow of the Animal Behavior Society, and a past Guggenheim Fellow, signed the scientists’ open letter to Stop Animal Gifting. Dr. Beckoff states, “We must act on the science and act now. Animal agriculture is a leading cause of greenhouse gas emissions, biodiversity loss, and ecosystem destruction. Globally, we need far more plant-based meal plans to create long-lasting, sustainable change — for everyone.”

“Well-intentioned or not, gifting animals to poor communities is an ill-conceived form of charity. As a major contributor to climate change, pandemics, biodiversity loss, and animal suffering, animal agriculture has no place in forward-thinking policy and action. We must invest in the empowerment of communities to thrive on eco-friendly plant-based agriculture,” said Jonathan Balcombe, PhD, biologist and author.

“Animal gifting expands animal agriculture to impoverished communities instead of planting true and literal seeds of peace via sustainable plant based agriculture,” said Lisa Levinson of In Defense of Animals and co-founder of the Interfaith Vegan Coalition. “Our Interfaith Vegan Coalition urges religious leaders to denounce animal gifting in favor of gifts that invest in plant-based systems to support the wellbeing of people and the entire ecosystem where they reside. We represent thousands of people of diverse faiths who agree that animal agriculture is polluting our planet and support a transition to a plant-based economy.”

“Animals are not a ‘gift.’ In Jewish understanding, God has given animals both a life and a soul. In the Torah, animals are called ‘baalei chayim,’ owners of life. They own their own lives. We don’t own them, and therefore we can’t give them or receive them as gifts. We can only be blessed by their companionship,” said Jeffrey Spitz Cohan, Executive Director of Jewish Veg.

For the full list of quotes, please visit the open letters from scientists and interfaith leaders. 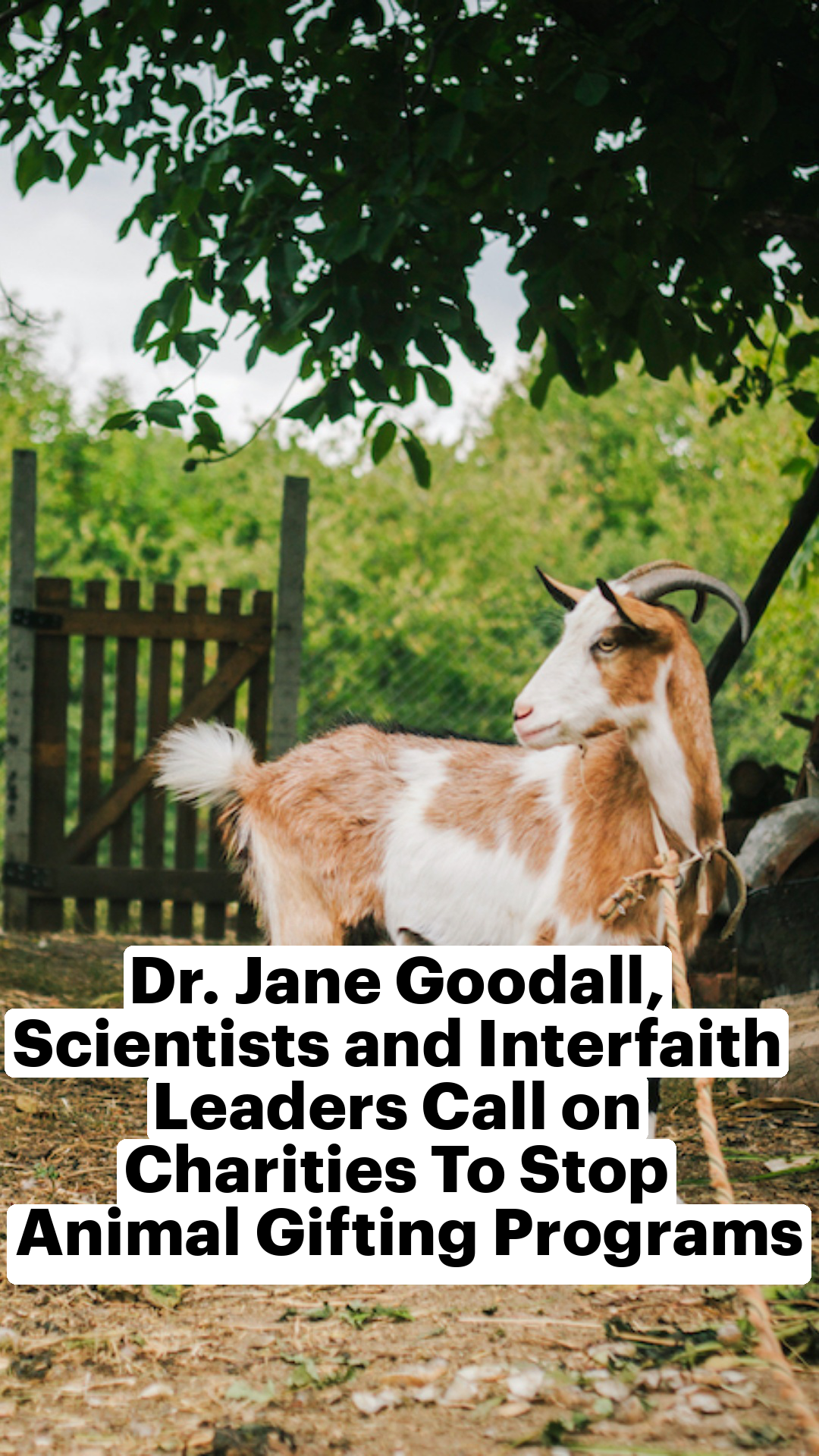