An investigation from the New Zealand Ministry for Primary Industries (MPI) concluded that the 179,000 chickens who died in a West Auckland broiler farm on 29th November 2019, died because the alarm system, due to a power cut, failed to notify the farm manager of a dangerous drop of temperature. The chickens died from hypothermia in the middle of the night at DB Chicks in Helensville.

As the farmer did not know about the loss of power, and the fact this would prevent the alarm system he installed to operate, he has not been charged with animal neglect.

The NZ Herald found that the investigation concluded the deaths were a result of the “uncontrolled ambient temperature and humidity in the sheds rising to fatal levels owing to the failure in the electrical switch preventing the backup generator to start”. The report recommended MPI did not charge the farm manager, the owner of the chickens, the contracted grower, or its directors. However, the manager claimed he had not been advised by the security company behind the alarm system that he needed an Uninterrupted Power Source (UPS) for a notification to be sent to his phone after the loss of power. The question is, if that is true, why the security company has not been charged for indirectly causing these deaths due to this lack of advice.

Marcelo Rodriguez Ferrere, a senior lecturer of the University of Otago and expert on animal law, said to the Herald: “This sends a signal to basically anyone in the chicken farming industry that simple failures of power facilities or container facilities won’t lead to prosecution.”

The systems on the farm were upgraded to ensure a mass death event would not occur again, but the bottom line is that those chickens had been forced to exist in the wrong environment in the first place. The husbandry conditions of any chicken farm in terms of space, food, disease and overcrowding are often so horrible that we forget that things like temperature and humidity are also wrong. After all, chickens are tropical animals. The Junglefowl, the wild counterpart from which all domestic chicken breeds have been domesticated, it’s a tropical species originally from Southeast Asia and parts of South Asia. Humans have genetically engineered them to grow bigger and fatter, but they are still not adapted to the very cold winters of temperate regions. 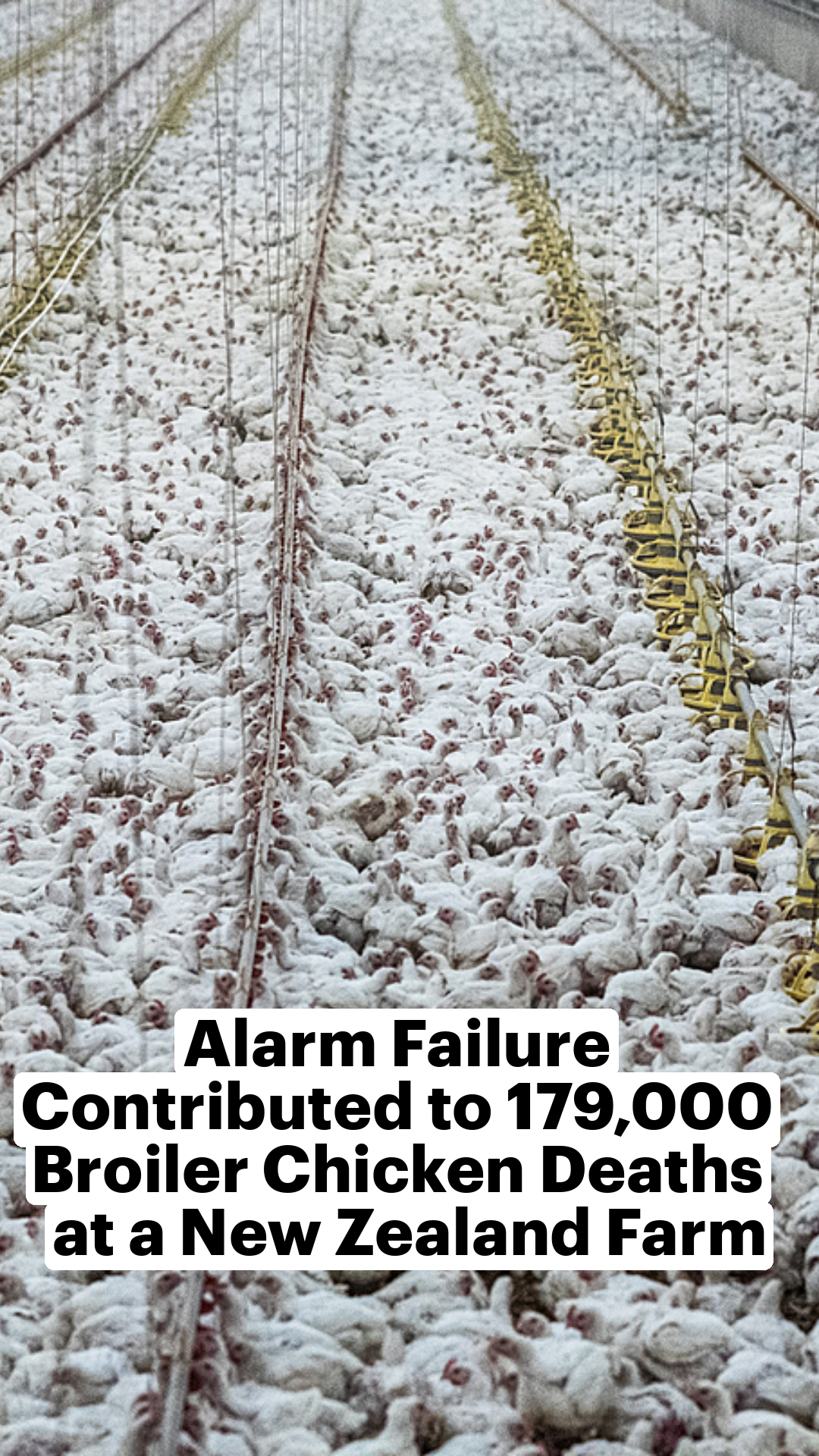