Majority Say They Would Shop Differently if Facts Made Known

A survey of more than 5,000 people found that consumers know very little about how chickens are farmed in the UK and, crucially, say that they would make different shopping and eating choices if they did.

The online survey commissioned by vegan fried chick*n company VFC found that while the vast majority of people consider themselves animal lovers and do not agree with chickens being raised in factory farm conditions, they were unaware that this is how almost all chickens in the UK are raised. When shown an image of a typical industrial factory farm shed and asked: would you be happy to buy chicken from here? only 16 per cent of people said they would.

Although 80 per cent of people thought it important to know where their food is produced, in reality, most were very much in the dark. To test basic knowledge of standard chicken farming practices, VFC asked two questions: what percentage of chickens are factory farmed in the UK? and How old are chickens when they are slaughtered?

Less than 15 per cent of people knew that the percentage of factory-farmed birds fell in the 75-100 category (with the true figure being around 95 per cent), while the majority of people thought that chickens were killed at 3-6 months old, when the reality is they are slaughtered at just six weeks.

Says Matthew Glover, co-founder of VFC: “It’s clear that people do not like factory farming and want more information about the provenance of their food, but they are not being told that the chicken meat on supermarket shelves came from birds who have spent their whole short lives inside a factory farm shed. More than seventy per cent of people said they would be less likely to buy chicken if the pack made clear that animals may have suffered in the production but, of course, this information is withheld from them.”

Last year, Glover took five people, including actors Peter Egan and Evanna Lynch inside five different typical British chicken farms to record their reactions. With sick animals dying all around them, the Five Farms film series makes distressing viewing, and has been seen more than one million times on social media.

Industrial chicken farming not only has an impact on the wellbeing of farmed animals, it also has links to deforestation and loss of wildlife, climate breakdown and water pollution. The poll found that one third of consumers said they would be less likely to buy chicken if any of these impacts were made known on the pack.

Continues Glover: “It suits the meat industry to keep such negative impacts quiet, but people deserve honesty so that they can make choices that are in line with their own principles of compassion, and that are good for the planet. We believe that the packaging of meat products should declare the conditions that animals were forced to endure, including whether the birds suffered debeaking, and how many birds on that farm did not survive the factory farm ordeal. Then we will see a seismic shift away from cheap meat and the outdated, reckless practice of factory farming.”

Despite the concerning issues revealed in the survey, responses to one final question must hearten the VFC team. In response to the question: Would you buy plant-based chick*n if it tasted as good as slaughter-based chicken? more than two-thirds said they would. 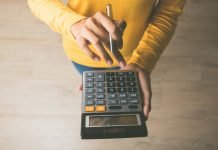